15 Must-Read Books From the Middle-East

Over recent years, Middle Eastern literature has been making great strides in the international book market, with many authors and works receiving widespread attention and praise. The implementation of awards such as the International Prize for Arabic Fiction has also done much to raise the profile of Arabic novels, and to facilitate translations and a wider readership. Here we profile 15 of the most unmissable Arabic novels of the last 20 years. 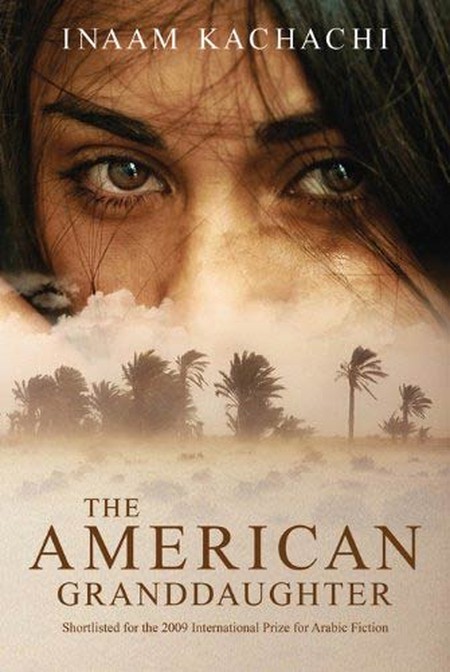 Written by acclaimed Iraqi author Inaam Kachachi, The American Granddaughter eloquently depicts the widespread devastation, both physical and emotional, of the recent Iraq war through the eyes of Zeina, an Iraqi-American who returns to her homeland as an interpreter for the US army. Zeina finds herself caught up not only in the conflict, but in the tension, which builds between her loyalty to her family and to her work, and her self-identity as both Iraqi and American. Through Zeina, Kachachi creates an unforgettable portrayal of the trauma and loss caused by war. 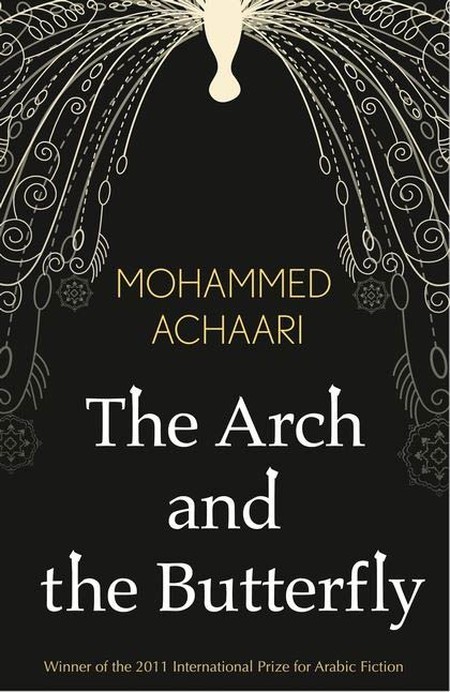 The Arch and the Butterfly, Mohammed Achaai | © Bloomsbury

The Arch and the Butterfly, Mohammed Achari

The Arch and the Butterfly tells the tale of left-wing, progressive thinker Yousef Al-Firsiwi who wakes one morning to find his only son Yacine, who he believed to be studying engineering in Paris, has ‘died as a martyr’ in Afghanistan as part of the Islamist resistance. As Yousef’s faith in his secular, liberal ideals is shaken to its core, the novel follows his quest to understand both his son and his own identity within an increasingly incomprehensible world.

In The Dove’s Necklace, Raja Alem explores Mecca as a religious, social and cultural space, set at a crossroads between deep rooted tradition and evolution towards new customs. Set up as a straightforward detective story – a young woman’s body is found in an alleyway and remains unidentified, sparking an investigation – the novel explores the complexity of life in the holy city through a myriad of intersecting tales and perspectives, some real and some imagined. Critically acclaimed, The Dove’s Necklace won the 2011 International Prize for Arabic Fiction. 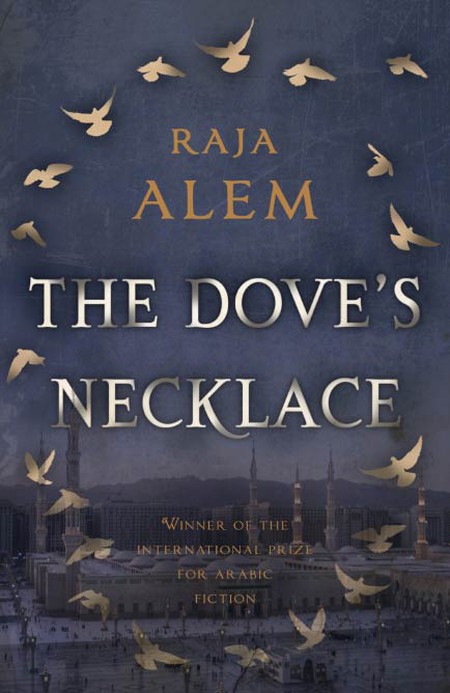 A disturbing yet compelling reinvention of Mary Shelley’s Frankenstein, Frankenstein in Baghdad tells the tale of Hadi Al-Attag, who in the midst of the Iraq war scours the streets for the body parts of those killed, sewing them together to create a terrifying new creature who comes to life and begins to seek revenge for the parts of himself that have been murdered. Daring, horrifying and deeply challenging, Frankenstein in Baghdad exposes the violence, desperation and helplessness of the Iraq war in a provocative new light.

A contemporary epistolary novel told through a series of emails, Girls of Riyadh portrays the intersecting lives of four young female friends in Saudi Arabia. Primarily exploring the relationship between men and women in contemporary Saudi society, the novel examines the tension between the old, strict traditions, and the effects of modern thought and technology in granting women wider intellectual and sexual freedom. Through her work, Rajaa Al-Sanea sets out to correct the stereotypes of women in Saudi Arabia, depicting strong, complex characters whose quest for love and passion mirrors many of Western literature’s greatest heroines. 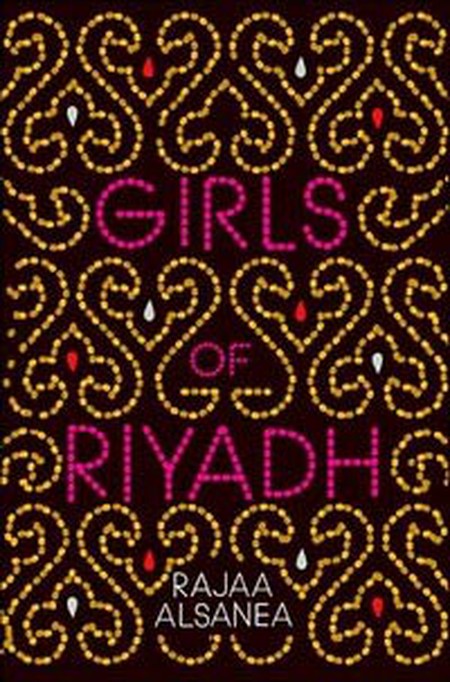 The Hashish Waiter tells the tale of the goings on in a popular hash den located in downtown Cairo in the 1970s, during the aftermath of the 1967 Six Day War. The story centres on Rowdy Salim, a warm-hearted, well-liked waiter charged with refilling the shisha bowls, and his daily interactions with the groups of writers, intellectuals and artists who gather in the den. By turns comic and tragic, the novel provides a compelling portrait of Egyptian society at the time.

A challenging, profound new insight into the Israeli-Palestinian conflict, The Lady from Tel Aviv tells the story of Walid Dahman, an exile from his native Gaza who returns home for the first time in many years, and Dana Ahuva, an Israeli who sits next to him on the flight back to Tel Aviv. Their dialogue confronts issues of identity, cultural memory and shared humanity, as well as examining anew the realities of those in the Palestinian diaspora. 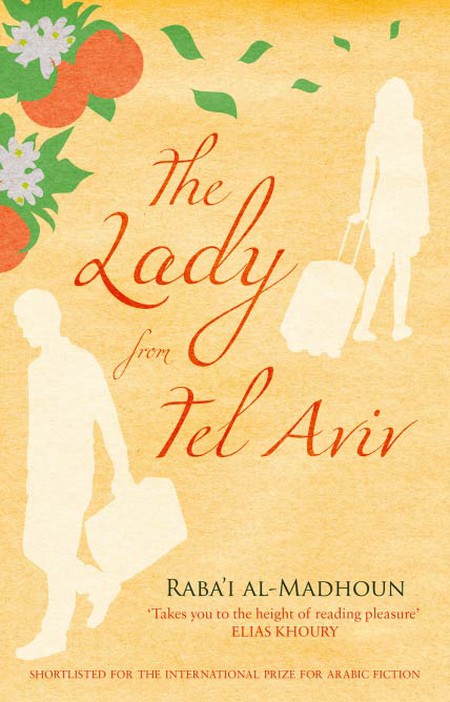 A Land Without Jasmine, Wajdi Al-Ahdal 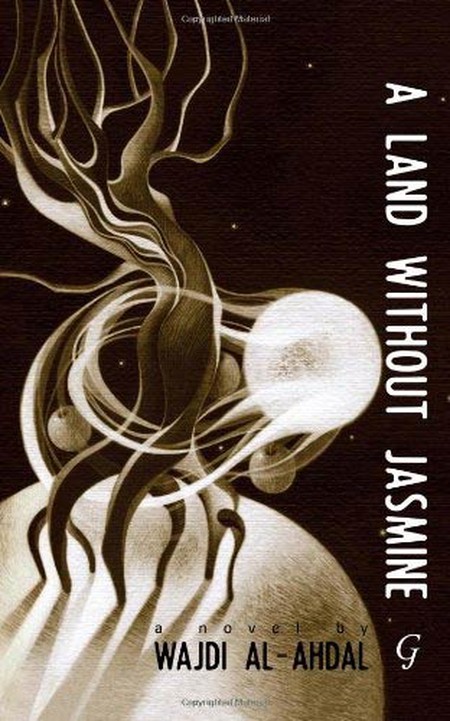 The Loved Ones, Alia Mamdouh

Winner of the 2004 Naguib Mahfouz Medal for Arabic Literature, The Loved Ones is an intimate account of family love and tragedy. When Nader learns his mother has fallen into a coma, he leaves his home in Canada to sit at her bedside in a Parisian hospital. Surrounded by her friends and well-wishers, Nader is forced to confront his troubled relationship with his mother, coming to understand her as a woman as well as a maternal figure, as well as his relationship with his war-torn homeland of Iraq.

The Magic of Turquoise, Mai Khaled

Alternating between the perspectives of a young Egyptian woman Leila and her aunt Nirvana, who is lying in a coma after a terrible diving accident, The Magic of Turquoise is a remarkable story about the bond of female relationships. Through vibrant colour-imagery and an emphasis on the beautiful and the aesthetic, Khaled interweaves the parallel narratives of these women as each explores her memories and secrets in order to understand both her own identity and the complexity of her relationship with the other.

Situated on the cusp between dream and reality, Maryam’s Maze is reminiscent of some of the greatest works of Modernist literature, exploring the mentality of the individual through an ambiguous narrative structure. The protagonist Maryam wakes up one day from a nightmare to find her entire reality has shifted, and everyone she knows has disappeared. As Maryam attempts to navigate through an increasingly unfamiliar and dreamlike world, her difficult search for her self-identity is reflected through the blurring of her reality, memories, and emotions.

Only in London, Hanan Al-Shaykh

Telling the tale of several Arab migrants who arrive in London, each seeking their fortunes in different ways, Hanan Al-Shaykh’s Only in London is a fascinating exploration of Arab culture, migrant identity and belonging. As each attempts to find happiness and success in the promise of the bustling, cosmopolitan city, the characters find that tensions arise between their old and new cultures. By turns comic and tragic, Only in London skilfully depicts intersecting narratives of love, sexuality and freedom against the modern background of the Arab diaspora.

Half fiction, half autiobiography, Spectres tells the tale of two female academics in Egypt, Shagar Abdel Ghaffar and Radwa Ashour, both born on the same day in opposite ends of Cairo. Flitting back and forth between the women’s often times converging, often times dividing narratives, Ashour’s novel masterfully depicts the “spectres” that fill these women’s lives, from the personal to public, including the massacre of Deir Yassan and the violent conflicts in modern Egyptian history. Daring and complex, Spectres reveals the individual and cultural ghosts that haunt this world.

The Tiller of Waters, Hoda Barakat

Each of Lebanese author Hoda Barakat’s novels revolves around a man situated on the peripheries of society. In The Tiller of Waters, Barakat depicts Niqula Mitri, a fabric tradesman who is experiencing hallucinations in war-torn Beirut in the midst of the Lebanese Civil War. As Niqula struggles to come to terms with his new, devastating reality, his life story is beautifully interwoven with thousands of years of the human relationship with fabric, from ancient weaving to the history of the Silk Road, thereby lending poetry and grace to Niqula’s own history.