7 Mouthwatering Arabic Desserts You Must Try 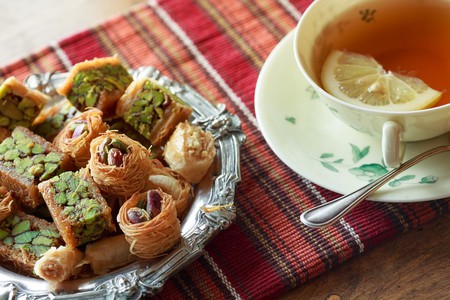 Who doesn’t love Arabic food? With dishes from the Middle East, such as hummus, found in groceries stores around the world, as well as kebabs and shawarmas being beloved dishes globally – it’s about time someone talked about Arabic desserts. These are very different from traditional cakes and chocolates, however they are just as delicious.

Who doesn’t love cheese? Well, it’s about time everyone tried the Middle Eastern cheesecake. Knafeh is an originally Palestinian dish, nevertheless it’s extremely popular across the entire Arab world. The dish is super simple, and consists mostly of cheese, sugar, pistachio and knafeh dough. Chances are that visitors will find this dish in almost every Arab restaurant they visit, specially Levant ones such as Lebanese, Palestinian and Syrian. 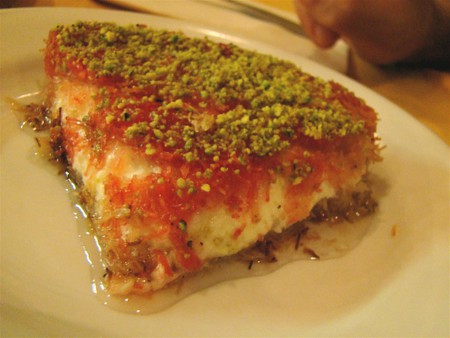 This Egyptian dessert is certainly mouth-watering. Umm Ali means Ali’s Mother and is a form of bread pudding traditional in the Arab world. There are a few variations as to how Umm Ali is made, but its most important ingredients are fresh puff pastry bread, a variation of nuts such as pistachios and almonds and of course a lot of sugar.

Rice pudding can be found in many forms and variations around the world, and the dessert is a staple in Arab cuisine. Rice pudding can be found in most Levant restaurants and consists of rice, sweetened with sugar and cooked with rose water, then finally topped with pistachios. The dessert is a nice variation from most other Arabic ones, which tend to be heavy and full of pastries. 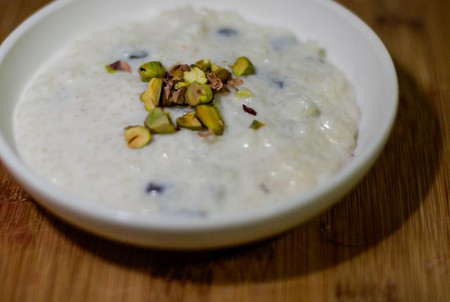 It’s a well known fact that we all scream of ice cream – and the same should be done for Bastani, an Iranian ice cream. This delicious frozen dish is extremely popular not only in the Middle East, but around the world. The ingredients for this special ice cream include milk, rose water, sugar, saffron, vanilla and more – making it remarkably different from your traditional Baskin Robbins.

Dates are a staple of Arabic cuisine – specially in Muslim countries where they have a historic and religious importance in culinary culture. However, dates are not only eaten in order to break one’s fast during Ramadan, they are also an everyday dessert. This healthy dessert can take many variations, from being stuffed with oranges to covered in chocolate, but they’re always a delicious treat. 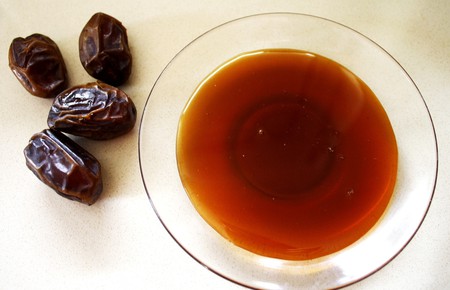 This Lebanese pastry is extremely popular during religious dates for both Muslims and Christians. The dessert does not only unite both religions, it also tastes incredible! The recipe is super simple and only needs very few ingredients, including flour, sugar and yeast. Mshabak doesn’t look like a traditional dessert, it’s crunchy and can look like a messy rope, nevertheless, it’s super tasty.

This pastry is highly popular all over the Middle East, with its origin believed to date back to the Ottoman Empire. Found everywhere in Levant countries, Baklava consists of filo dough, pistachios and lots of honey and syrup. The crunchy pastry can be served in big slices or in bite size chunks and makes for a fantastic souvenir to take to any foodies back home. 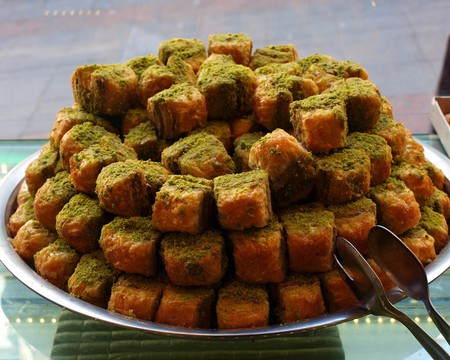 Baklava | © berladelphia/Pixabay
Give us feedback