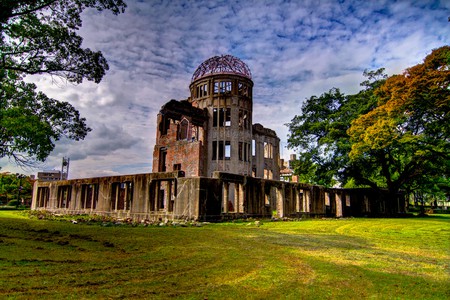 Despite their historic, religious or architectural significance, these 10 cultural landmarks have all suffered gravely during wartime. From China’s Old Summer Palace, wrecked by French and British troops during the Second Opium War, to sites recently destroyed across the Middle East, we explore 10 of the world’s most significant cultural landmarks that have been wrecked by war.

An attack on several religious sites in Timbuktu – including a number of tombs and mausoleums of Sufi saints, medieval shrines and the 15th century Sidi Yahya mosque – by Malian jihadist Ahmad al-Faqi al-Mahdi made history when it became the International Criminal Court’s first ever war crime trial for destruction of a cultural monument. As of the summer of 2015, 14 of Timbuktu’s destroyed mausoleums have been rebuilt according to traditional construction methods with funding from UNESCO. In March 2016 it was announced that Mr. al-Mahdi would plead guilty to the crimes leveraged against him.

The Mosque of the Prophet Younis – also commonly referred to as Jonah’s Tomb and dating back to the 8th century – in Mosul, Iraq was reportedly the final resting place of the biblical prophet and a site of great importance to both the Christian and Muslim faiths. That is until July 2014, when the revered religious site was blown up by ISIS militants, damaging several nearby homes in the process, who apparently claimed the act had been committed in protest against the mosque becoming a place of apostasy, rather than prayer. 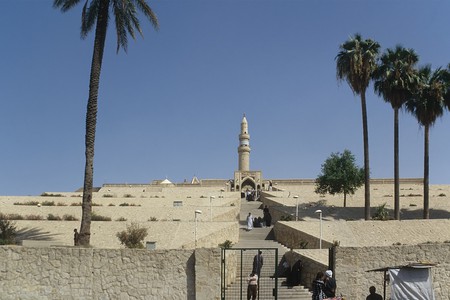 Built between 1687 and 1704 according to designs by English architect Sir Christopher Wren to replace a medieval church destroyed during the Great Fire of London of 1666, Christchurch Greyfriars would experience a similar fate again during The Blitz of World War II when Nazi forces bombed the site in late 1940. Almost completely destroyed, only the church’s tower and outer walls remain. Following decisions not to rebuild the structure, the ruins of Christchurch Greyfriars were named a Grade 1 listed building in 1950. Today the site is home to a beautiful rose garden that mimics the church’s former layout. 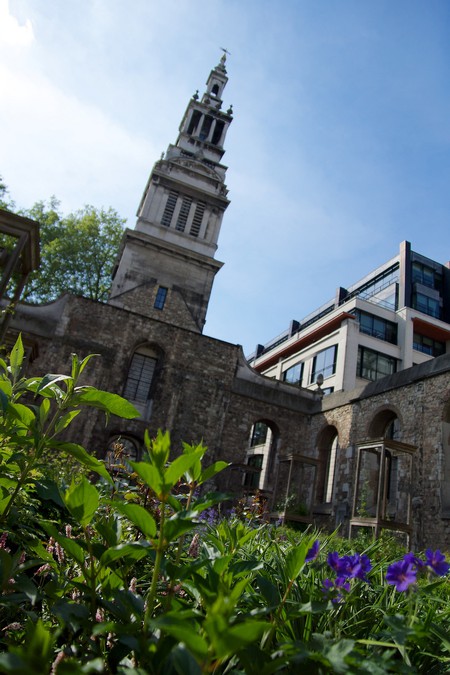 Constructed during the 18th and early 19th century, Beijing’s Old Summer Palace enjoyed a glorious history as the primary residence of members of the Qing Dynasty until the beautiful complex – home to majestic temples and pavilions surrounded by luscious, exotic gardens – was razed to the ground by British and French troops in 1860 during the Second Opium War. Today the imperial compound has been transformed into a beautiful park where visitors can roam amongst the ruins of the former palace. A replica of the Old Summer Palace recently opened at Hengdian World Studios, a film studio located in Dongyang. 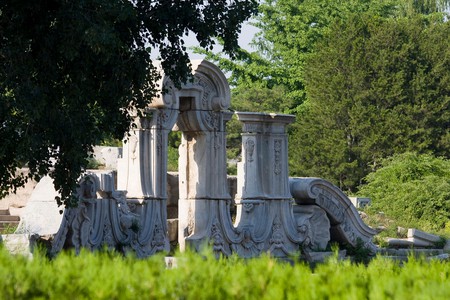 Syria’s UNESCO World Heritage Site Palmyra – an oasis in the middle of the desert and ancient cultural epicenter during the 1st and 2nd centuries that acted as a crossroads for several civilizations including Persia and the Greco-Roman empire – fell victim to bombing at the hands of ISIS militants in late 2015 following the seizure of the city earlier that year. After Syrian forces expelled ISIS from the ancient site, it was discovered that a number of Palmyra’s structures had survived and plans were announced to rebuild its destroyed quarters. In 2016, a faithful replica of Palmyra’s destroyed Arc of Triumph was unveiled in London’s Trafalgar Square as an act of defiance meant to symbolize that that ancient site can and will be reconstructed. 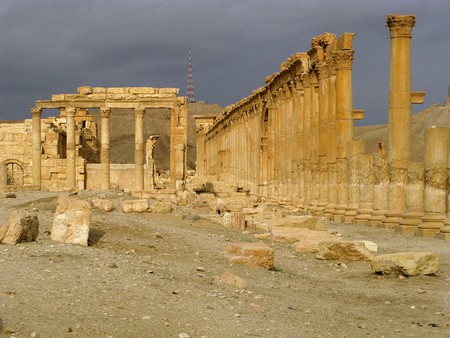 Palmyra, Syria in 2009 before the 2015 Isis attack | © AigBernhard/WikiCommons

Home to over 100,000 ceramic, carved wood, metal, stone and textile-based artifacts epitomizing Islamic art through the 7th and 19th centuries, Cairo’s Museum of Islamic Art was one of the city’s most important cultural institutions, until a suicide car bomb attack targeting the Cairo police headquarters caused extensive damage to the building and countless artifacts inside. In the aftermath of the attack, UNESCO and the United States pledged $100,000 and $140,000 respectively to aid in the restoration of the museum, though Egyptian authorities estimate it could take many years and a cost of $14 million to properly restore the institution. 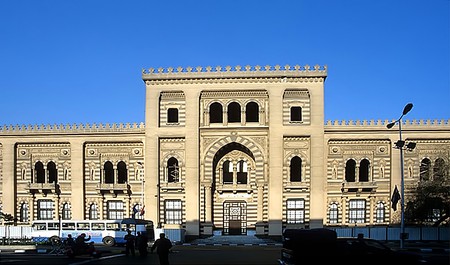 Hiroshima, Japan’s former Prefectural Industrial Promotion Hall was designed by Czech architect Jan Letzel and constructed in 1915, but suffered considerable damage when the U.S. Air Force dropped the first atomic bomb in the history of war over the city in 1945. Today known as the A-Bomb Dome, the remains of the structure – one of the city’s few not totally decimated by the atomic bomb – reside in the Hiroshima Peace Memorial Park and have become a symbol for lasting international peace. In 1996 the park was registered on the UNESCO World Heritage Site list.

A grand structure designed by English architect Edward Middleton Barry and officially opened in 1866, the Royal Opera House in Valetta was one of Malta’s most beautiful, iconic buildings before its destruction at the hands of Luftwaffe bombers in 1942. Despite continued efforts from the mid-20th century onwards to reconstruct the theater in some form, it wasn’t until 2013 when the space finally reopened as Pjazza Teatru Rjal – an open air theater integrated amidst the Royal Opera House’s ruins that aims to preserve Malta’s cultural heritage while encouraging emerging, contemporary forms of artistic production. 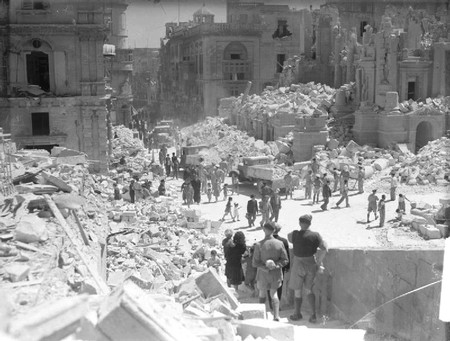 Valetta, Malta following the 1942 air raid with the remains of the Royal Opera House to the right | © Hohum/WikiCommons

The Buddhas of Bamiyan, Afghanistan

The Buddhas of Bamiyan had stood in present-day Afghanistan’s Bamiyan Valley, an important stop on the legendary Silk Road, since the 6th century. These structures were an important testament to the Gandharan school of Buddhist art in the Central Asian region until news of their destruction at the hands of the Taliban over the course of several weeks reverberated around the world, in 2001. A quintessential part of the Bamiyan Valley before their decimation, several recent attempts have been made to reconstruct the iconic Buddhas. However, due to disputes regarding the use of original materials, the monuments currently remain absent. 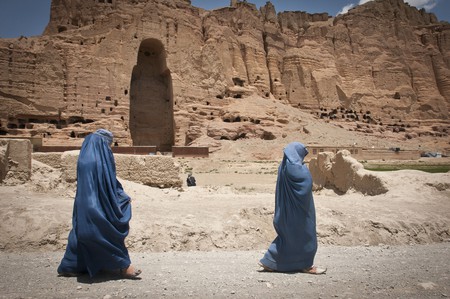 The space formerly occupied by one of the Buddhas of Bamiyan, Afghanistan | © DVIDSHUB/Flickr

In mid-November 1940, the English city of Coventry was devastated by Luftwaffe bombing and one structure of note that experienced considerable damage was the beautiful St. Michael’s Cathedral. The grand Gothic church, constructed between the late 14th and early 15th centuries, was practically decimated during the attack leaving just the spire, tower and outer walls intact. Though the cathedral was deemed too badly damaged to fully rebuild, in 1962 a ‘new cathedral’ was officially unveiled alongside the ruins of the old cathedral, giving Coventry a starkly beautiful structure combining the city’s medieval and modern history. 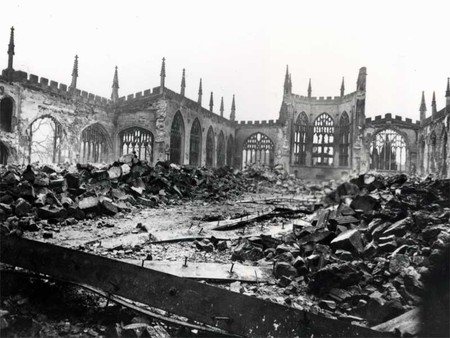 The ruins of St Michael’s Cathedral, 1940 | Courtesy Coventry Cathedral
Give us feedback