Pope Francis Shares His Views on Art in a New Documentary

Contemporary art and Catholicism are not always a match made in heaven, but Pope Francis believes in art’s power to facilitate piousness. A new documentary titled Pope Francis: My Idea of Art profiles the pontiff’s views on art and its imperative role in evangelism.

At the helm of the Catholic church, Pope Francis rules with a relatively progressive hand. An advocate for increased tolerance and autonomy, he is also the first Pope to transcribe his concept of art.

In 2015, the Catholic leader consolidated his views into La Mia Idea Di Arte (My Idea of Art), a book confronting the contemporary culture of waste and inhumanity, and prescribed art, the manifestation of divine beauty, as one credible solution. 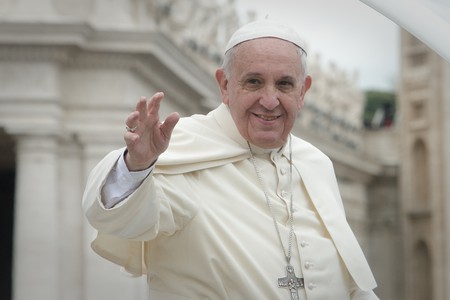 This may seem surprising when so much contemporary art is brazenly profane, but the religious leader believes that art is inherently holy, and can therefore be used to mend our fractured world. “A work of art is the strongest evidence that incarnation is possible,” he wrote.

La Mia Idea Di Arte was co-written by Italian journalist Tiziana Lupi, who subsequently guides the eponymous documentary along with Sandro Barbagallo, curator of the Department of Historical Collections at the Vatican Museums. Pope Francis: My Idea of Art examines 11 artworks in the Vatican Museums, Saint Peter’s Square, and the Vatican Basilica that, to Pope Francis, exemplify the evangelization powers of art and the “ideal art gallery”; from the Belvedere Torso to Michelangelo’s Sistine Chapel, and even a Renault 4 donated by Father Renzo Zocca. 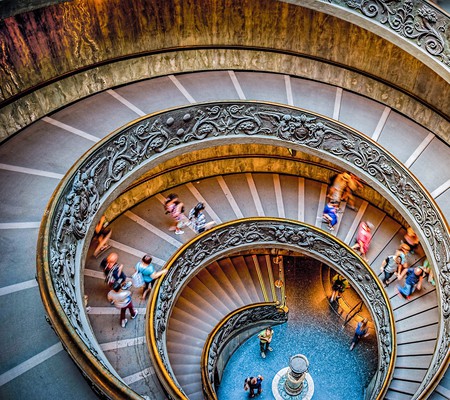 Stairs at the Vatican Museum | Photo by gullah/Pixabay

While we’re unlikely to see an upcoming collaboration between the Holy See and the Paul McCarthys or Andres Serranos of the world, with Pope Francis’ support, a curated selection of contemporary artists may be granted access to a new and powerful platform in the Catholic church, which, as artnet News points out, was “historically perhaps the world’s most important art patron.”

Directed by Claudio Rossi Massimi, produced by the Vatican Museums and distributed by Draka Distribution, Pope Francis: My Idea of Art will be released to audiences in the coming months of 2017.