The Best Outdoor Activities in and Around Edinburgh 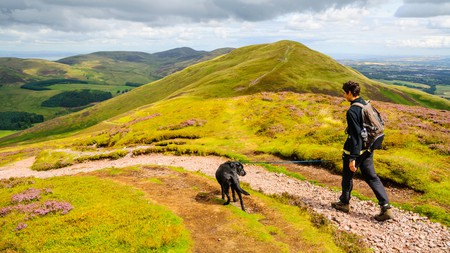 If you love outdoor adventures, then Edinburgh is the place for you | © Jon Sparks / Alamy Stock Photo

It may be the capital, but the wildness of the Scottish landscape feels barely harnessed in Edinburgh. Even in the most urban areas of the city, you’re a brisk walk from steep cliffs, hillsides thick with gorse and rivers crowded with kingfishers and herons. These are Edinburgh’s best outdoor areas to seek out, and the ideal activities to do once you arrive.

Head to Calton Hill at sunset for the views 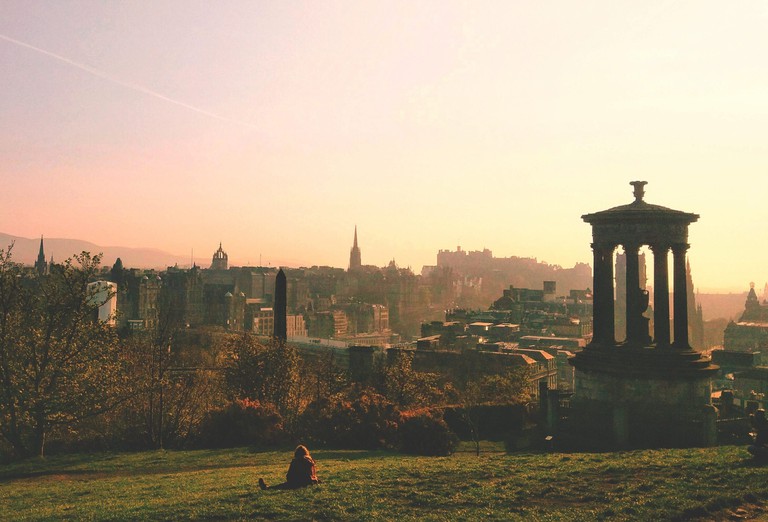 © Roman Akash / Unsplash
It’s not often you see an Athenian acropolis in Scotland, but Edinburgh is always full of surprises. Make your way to the top of Calton Hill, and marvel at the towering, unfinished structure of the National Monument of Scotland. Work began in 1826 on this construction to commemorate the fallen Scottish soldiers of the Napoleonic Wars, but it was never completed. Today, the ruins add an eerie, mystical feeling to the top of the hill, which is spectacular enough in its own right; rugged, craggy, littered with gorse bushes and observatory towers, it’s a piece of wilderness in the very heart of the city. From this vantage point, watch as the sunset bathes the city, including Edinburgh Castle and Scott Monument, in a surreal pink glow.
Open In Google Maps
Edinburgh, Scotland, EH7 5AA, United Kingdom
Give us feedback

Challenge yourself to climb Arthur’s Seat 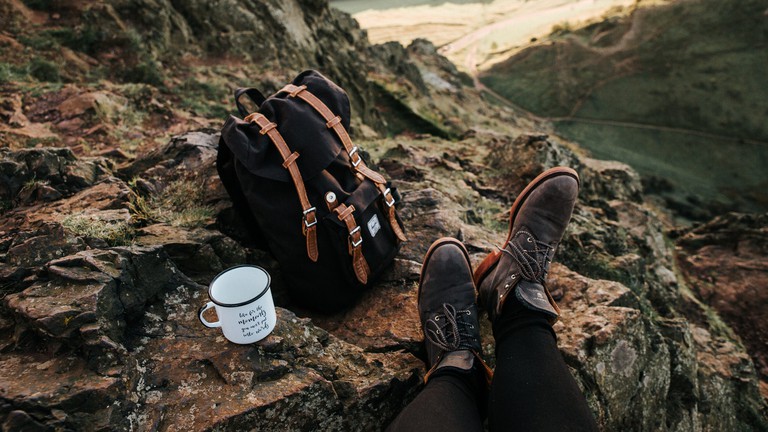 © Lucija Ros / Unsplash
Scramble up the side of an extinct volcano at Arthur’s Seat, which towers over Edinburgh’s skyline. It takes around two and a half hours to climb and descend at a reasonable pace. While it’s not a particularly difficult hike and doesn’t require a guide, it can be slightly tricky to navigate in parts due to the rocky terrain. If you have any doubts, make use of one of the detailed guides describing the route up to the summit. As well as being a good walk, Arthur’s Seat is veiled in myth. It’s rumoured to be the site of King Arthur’s Camelot, and in 1836, a group of children found 17 mysterious miniature coffins, each containing a tiny figure, in a cave on the hill. The purpose of these figures has never been identified, but you can visit them at the National Museum of Scotland and try and work it out for yourself.
Open In Google Maps
Edinburgh, Scotland, EH8 8AZ, United Kingdom
Give us feedback 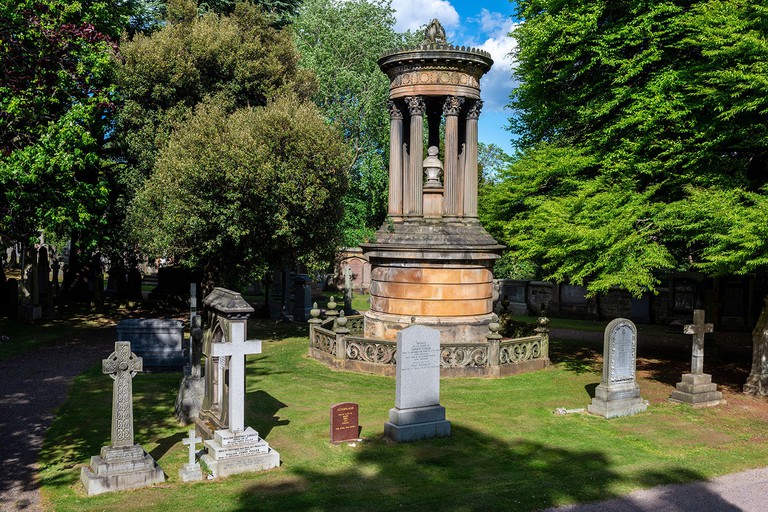 This one may be a controversial suggestion, but if you’re looking for the strange serenity of wandering, undisturbed, though a crumbling graveyard in Edinburgh, skip Greyfriars Kirkyard and head to Dean Cemetery instead. Yes, Greyfriars has the little statue of a dog and graves bearing the names of Harry Potter characters. However, it’s also rarely empty as a result, and you shouldn’t rub the dog’s nose anyway. Dean Cemetery, close to the Scottish National Gallery of Modern Art (Modern Two), is a Victorian graveyard worthy of a Gothic novel. Filled with magnificent sepulchral monuments (including a pyramid), it’s a who’s who of Edinburgh’s elite through the centuries and a beautiful place to spend an hour exploring. 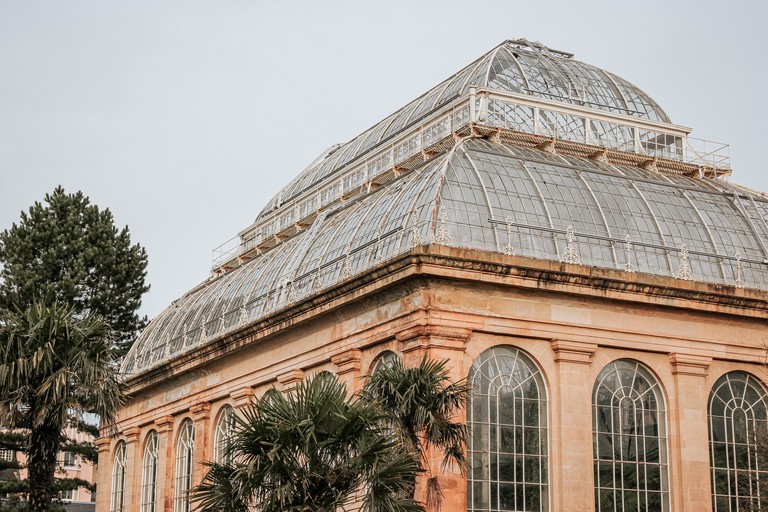 Founded in 1670 as a physics garden (growing plants to use in medicine), Royal Botanic Garden Edinburgh now covers 28ha (70 acres) of green space, with sections devoted to alpine plants, Scottish heath plants and a woodland garden. Entry to the garden is free, with a small fee to enter the glasshouses. It’s more than worth it though; some of the glasshouses date back to the Victorian era and are teeming with tropical plant life, such as orchids, ferns and palms. The organisation also runs short courses, so if you’ve ever wanted to learn more about lichen, discover the fundamental principles of a Japanese garden or keep an orchid alive for more than a week, check out its upcoming events.

Escape into nature in Holyrood Park 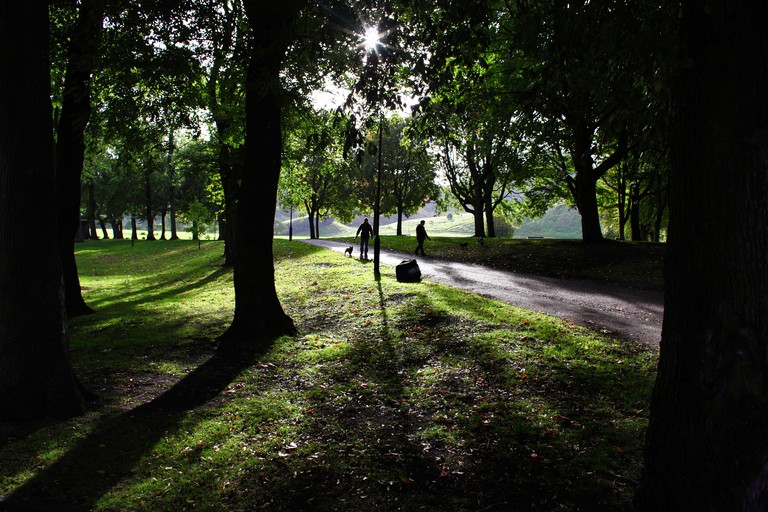 © Loop Images Ltd / Alamy Stock Photo
Holyrood Park simulates the Highland landscape, and in this 263ha (650-acre) expanse, you’ll feel like you’ve truly escaped the city. Its most famous landmark is Arthur’s Seat, but there’s plenty more to explore. Clamber over uneven terrain to discover traces of prehistoric hill forts, and gaze down over 46m (150ft) cliffs. Also, stroll around the beautiful loch at the centre to spot waterfowl and swans, and don’t miss the ruins of St Anthony’s Chapel and the once-magnificent 12th-century Holyrood Abbey.
Open In Google Maps
Queen's Drive, Edinburgh, Scotland, EH8 8HG, United Kingdom
+441316528150
Visit Website
Give us feedback

Walk along the Water of Leith 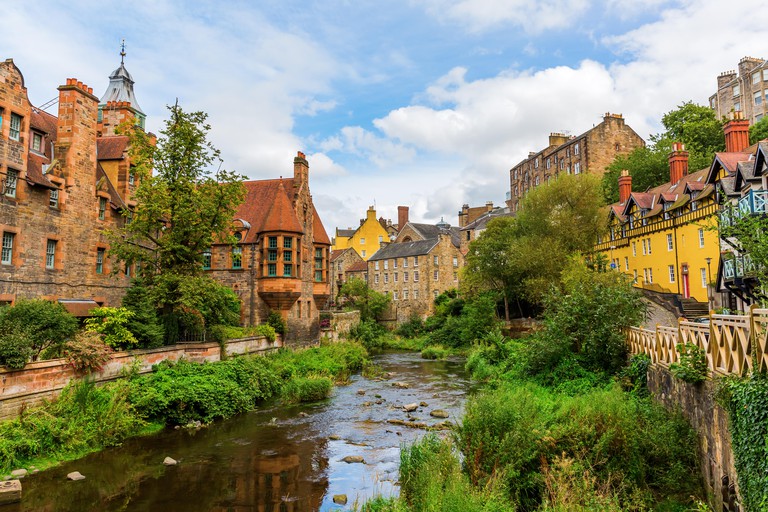 © Christian Müller / Alamy Stock Photo
Once the industrial heartland of the city, the Water of Leith is now a tranquil riverwalk that’s bursting with plant and animal life – it’s home to species as diverse as otters and orchids. It’s been made accessible by a conservation trust that maintains the ecosystem, runs a visitor centre and has created a Water of Leith Walkway to guide walkers along the river. A shade under 21km (13mi) long, the route can be joined or left in many places throughout the city if you’re not up for a half-marathon or would like to rest tired legs in the closest pub.
Open In Google Maps
Scotland, United Kingdom
Give us feedback
Give us feedback