The Best Hotels and B&Bs to Book Near the Forth Bridge, Scotland 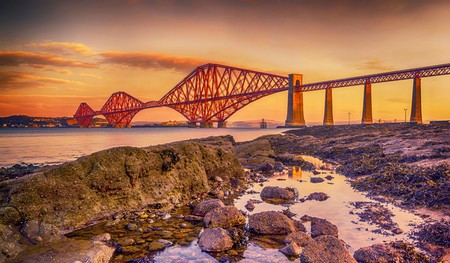 Browse our pick of the best places to stay near the Forth Bridge over the Firth of Forth in Scotland – and book your favourite on Culture Trip.

Just 9mi (14km) west of central Edinburgh is the Forth Bridge, the iconic Scottish railway bridge that opened in 1890, spanning the Firth of Forth. Hotels and B&Bs on the cobbled streets of South Queensferry offer plenty of character and stunning views of this remarkable feat of engineering. Bolt to the surrounding countryside north or south of the bridge to stay in a country house, coaching inn or luxury spa. 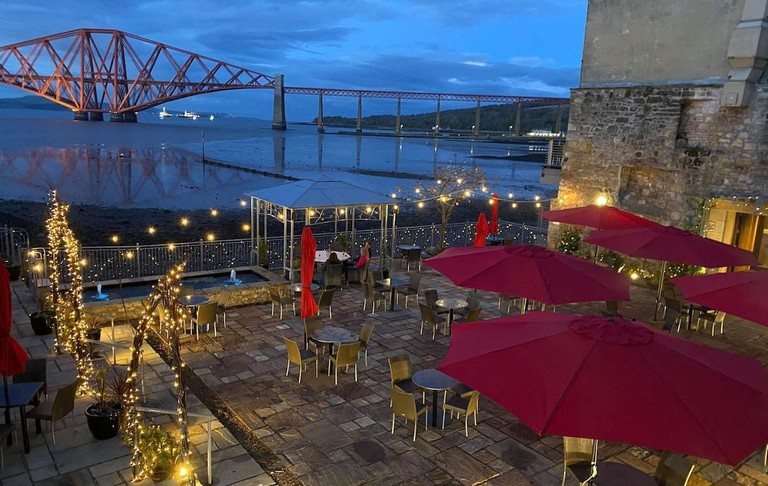 Orocco Pier is a 17-room boutique hotel inside a renovated 17th-century building in South Queensferry. There are stupendous views across the Firth of Forth from the paved terrace, where breakfast is served until noon, and some rooms – book a sea-view room. There’s free car parking a short walk away on Rose Lane, opposite the police station. 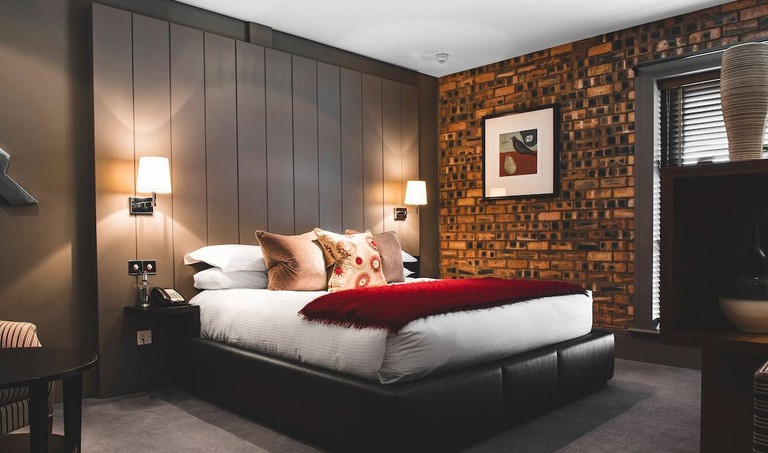 Also in nearby South Queensferry, the Dakota Edinburgh oozes contemporary style. With exposed brickwork and low lighting, there’s a sleek open-plan restaurant where steaks are flash cooked over hot coals – though vegetarians are well catered for, too. The hotel offers a complimentary airport transfer – it’s just 15 minutes to Edinburgh Airport – or you can whizz into central Edinburgh from Dalmeny train station, 1mi (1.6km) from the hotel. 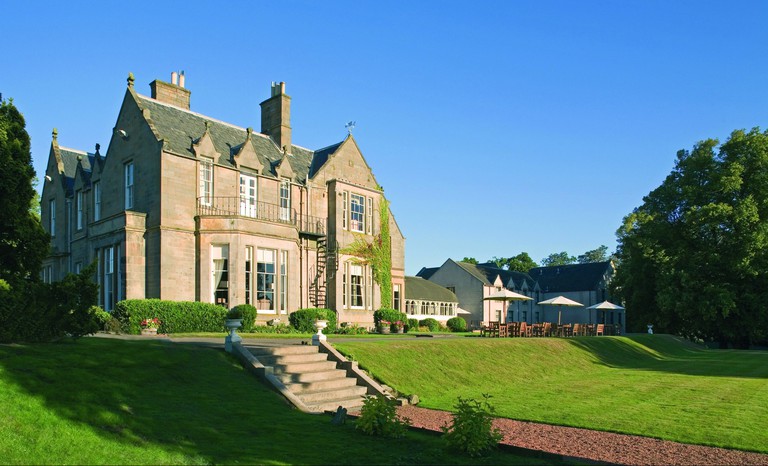 A handsome country pile in Ingliston, 10mi (16km) south of the Forth Bridge and 3mi (5km) from Edinburgh Airport, Norton House sits within 55 acres (22ha) of lush grounds. It’s worth making the journey; this perfect countryside escape includes a spa with an indoor swimming pool, a hydrotherapy spa pool and a Rasul mud chamber (book treatments in advance). If you don’t have a car, take the tram from the airport or central Edinburgh and then walk. 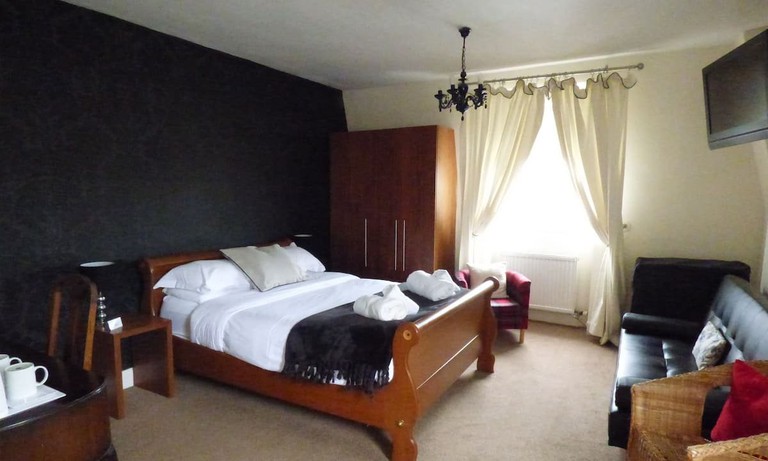 Courtesy of The Ravenous Beastie / Expedia

This little gem on South Queensferry’s quaint old high street is accessed through its tearoom; as the name suggests, food is a key ingredient here. Traditional Scottish breakfasts and freshly baked pastries are available in the morning, and Moira and the team will even rustle you up a takeaway lunch if you ask. The grandest of the four ensuite bedrooms has direct views of the Forth Bridge, and all the rest are cosy and snug.

The Queens Bed and Breakfast 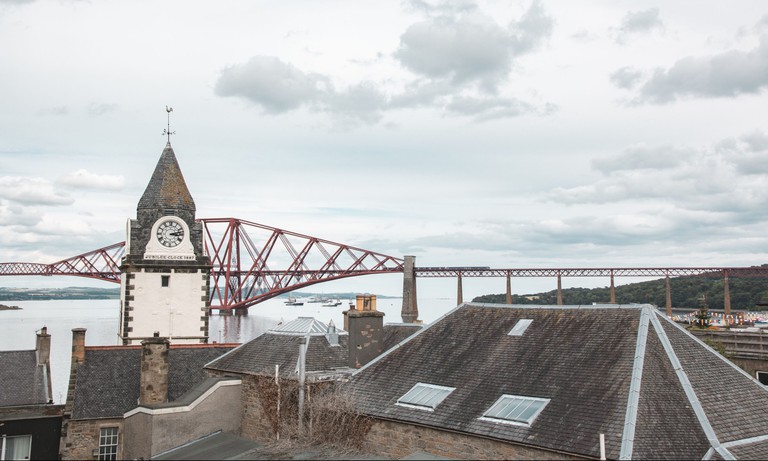 Courtesy of The Queens Bed and Breakfast / Expedia

Australian-Scottish couple Angela and Judith have named the four rooms of their grand gothic house after queens of England and Scotland. All rooms are on the first floor, and breakfast is served in the drawing room downstairs – after breakfast, the shared table becomes a ping-pong table. Dip in and out of Edinburgh while you stay somewhere a little more peaceful; you can even book the entire house for yourself. 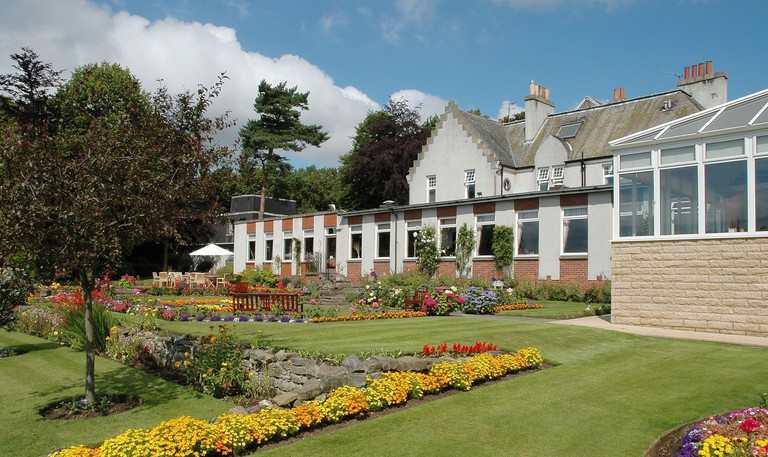 This sprawling hotel is 5mi (8km) north of the Forth Bridge in Scotland’s ancient capital, Dunfermline (famous for its abbey, which is home to the remains of Robert the Bruce). Owned and managed by the Solley family, this one-time country house now has 50 ensuite bedrooms and a modern bistro overlooking the gardens. There’s a great beer garden, too. 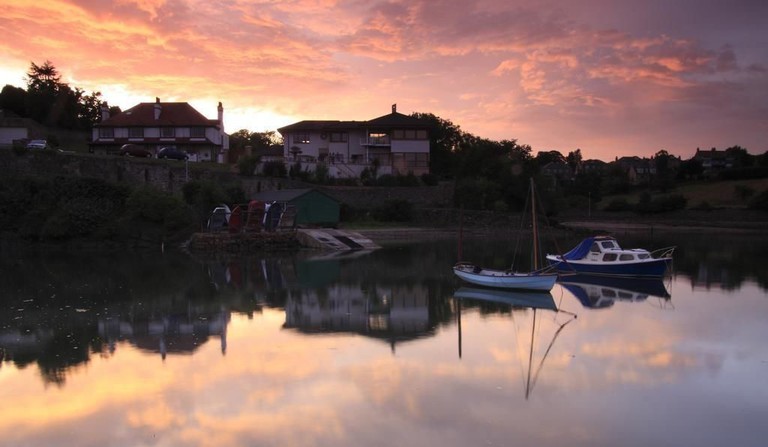 This smart 16-bedroom hotel – some rooms are in the stables block – is on the north bank of the Firth of Forth, close to the beaches, golf club and historic harbour in Aberdour. Decent pub grub is served downstairs, and there’s a small beer garden out the back. If you’re visiting with young kids, they’ll love Deep Sea World, a 15-minute drive away in North Queensferry, beneath the Forth Bridge. 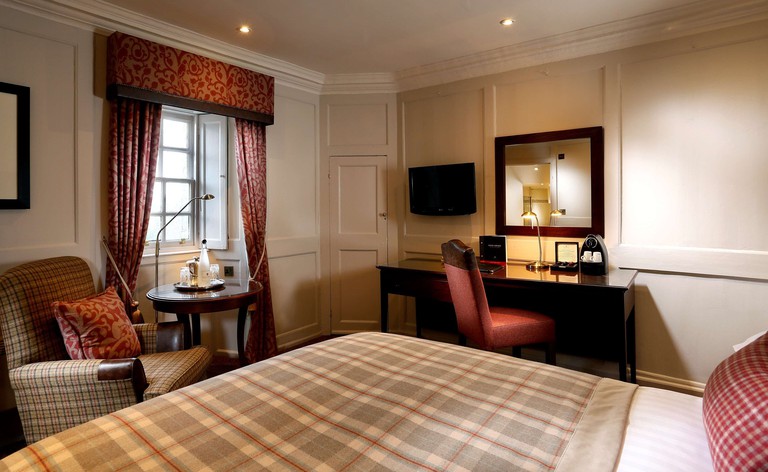 A resplendent 16th-century tower house once visited by Mary Queen of Scots, Macdonald Houstoun House sits in private well-groomed gardens 1mi (1.6km) from Uphall train station and 6mi (10km) from Linlithgow. The leisure club has outstanding gym facilities and an 18m pool with floor-to-ceiling windows, but for something a little less strenuous, you can relax with a whisky by the fireside in the vaulted bar.

Have some time to explore the Scottish capital? Discover the most romantic hotels in Edinburgh, or stay in one of these beautiful holiday cottages – all bookable through Culture Trip. For something truly off the beaten path, here’s how to be a dark tourist in Edinburgh, and when you get tired of sightseeing, sit back with a pint at one of the best traditional pubs in the city.