How to Spend the Perfect Weekend in Edinburgh 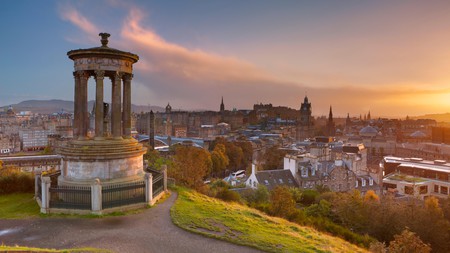 Home to the Fringe Festival, the birthplace of Harry Potter and the world’s first Unesco City of Literature, there is something about Edinburgh that sparks magic and creativity. See a playground of historic streets and natural wonders with our itinerary for a weekend or two days in Scotland’s capital.

Looming over the city and visible from nearly everywhere you look, Edinburgh Castle is in the very heart of the Medieval Old Town, and you’ll want to get here as early as possible to beat the crowds. Pass through the ancient portcullis, and you’ll discover the history of this city, including its bloody battles, usurpers and prisoners of war. The view from the castle esplanade across the ramshackle roofs of the Old Town is worth the climb, and within the compound, crown jewels, military museums and ancient, royal chapels await you. 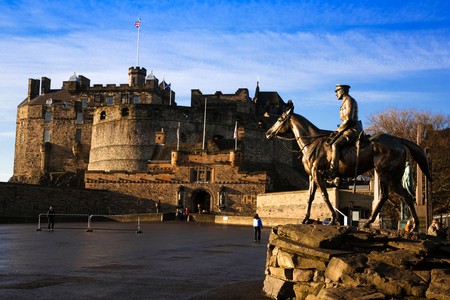 Leaving the castle via the Royal Mile, you’ll pass the Scotch Whisky Experience. Pop in to learn about the history of Scotland’s biggest export and perhaps sample a single malt or two in the tasting room.

Afternoon: Navigate the city along the Royal Mile

Grab something to eat just around the corner from the Royal Mile, on Victoria Street. The most photographed street in Edinburgh features a rainbow curve of old tenement buildings, now home to independent shops and cosy cafés. It’s said to be the inspiration for Harry Potter’s Diagon Alley. Fast food can come in the form of a hog roast roll from Oink, or take the chance to try the staples of Scotland – haggis, smoked salmon or cranachan (a Scottish dessert with raspberries, cream, oats and whisky) – at Scotts Kitchen.

Follow the route of kings and queens down the Royal Mile, a 500-year-old street where you can still experience Edinburgh’s Medieval past. Buildings remain unchanged since the days of Jacobite rebellions and Mary Queen of Scots. Meander down the old wynds and snickelways that veer off from the Royal Mile. The brave can tour Mary Queen’s Close – an old, underground street, lost for decades and known as the most haunted place in Edinburgh.

At the bottom of the Royal Mile, you’ll reach the modern Scottish Parliament Building and the not-so-modern Palace of Holyroodhouse. Tours are available of the Queen’s Edinburgh residence, and the Queen’s Gallery has a rotation of excellent exhibitions. Beyond the palace, the vast expanse of Holyrood Park is home to Arthur’s Seat – an extinct volcano that rises over the south side of the city. Climbing to the top takes around an hour, and following the trails will reward you with a wild landscape, such as the untamed highlands, and views out over the city, the Firth of Forth and all the way to Fife.

Sticking with the city centre, head up to the top of Calton Hill at the end of Princes Street for a gorgeous view of Edinburgh. At the top, you’ll find a curious acropolis and the old observatory. It’s the best place to watch as the sun sets behind the dramatic spire that is the Balmoral Clock.

Stroll the wide boulevards of Edinburgh’s New Town – don’t be put off by the label. The New Town dates back to the Georgian period, and its handsome townhouses are home to some of the best restaurants in the city. Forage & Chatter in the West End is a more laid-back affair with excellent Scottish food, while the Honours is Martin Wishart’s classy brainchild in the heart of the New Town.

Night: Imbibe in the New Town or Old Town

Finish your first day in style in any of the swanky cocktail bars or clubs on George Street, the place to see and be seen. For the full Scottish experience, hit the ceilidh at Ghillie Dhu. This refurbished church is unmissable at the end of Princes Street, and inside, a fully stocked whisky bar keeps legs and hearts fuelled for rigs, jigs and reels.

Alternatively, head back into the Old Town to find a traditional oak-panelled folk pub. There may not be a mixologist behind the bar, but the likes of the Royal Oak or Sandy Bell’s are always lively spots to catch the unmistakable twang of live, traditional Scottish music. 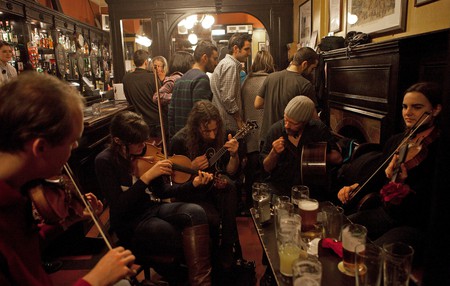 In Inverleith, you’ll find the Royal Botanic Garden Edinburgh. These sprawling central gardens are the perfect place for a stroll, and breakfast or brunch in one of the independent, boho cafés of nearby Stockbridge will set you up nicely. This village-like neighbourhood is perched on the babbling Water of Leith and has a gluttony of independent shops to peruse. Behind the bustling Stockbridge drag, the sprawling expanse of Inverleith Park boasts one of the best views of Edinburgh Castle.

A short ride on the number 34 bus will take you to Ocean Terminal where the Royal Yacht Britannia is docked. Alternatively, take the meandering walk along the picturesque Water of Leith to reach it. The pathway is one of Edinburgh’s best-kept secrets, shaded by greenery and dotted with Victorian wells, old railway bridges and filled with birdsong. It’s roughly an hour’s walk from Stockbridge to Ocean Terminal.

Once at the Royal Yacht Britannia, see the luxurious rooms once used by her Majesty the Queen on sojourns around the world. You can explore all five decks, from the Royal Stateroom to the engine room below. 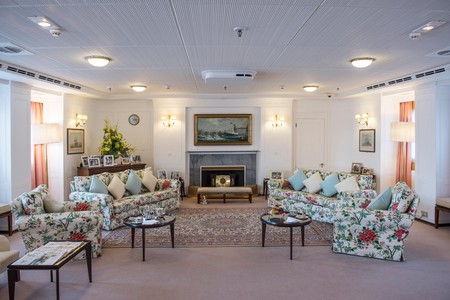 After visiting Ocean Terminal, you’re in the perfect position to hit the trendy Shore for dinner. A Michelin-star feast in the Kitchin is one of those once-in-a-lifetime foodie experiences. Chef Tom Kitchin’s flagship restaurant has appeared on numerous TV shows and won multiple awards on top of its Michelin star. Taking full advantage of its position on the water, the Shore is awash with seafood places. The more budget-friendly menu at A Room in Leith Seafood and Game Bistro Bar offers the best of the coast and country.

Night: Stay in Leith for a post-dinner drink

Staying in the Shore, pop in for a post-dinner cocktail at the quirky Ooh Mami. Just across the courtyard from A Room in Leith, discover Scotland’s craft beers and a huge selection of whiskies in the historic Teuchters Landing pub.

Alternatively, grab a bus or taxi up Leith Walk into the centre of town where a variety of secret speakeasy bars have popped up. Panda & Sons masquerades as a barber’s shop on Queen Street and serves some of the best cocktails in the city. If you’d rather embark on a wizard-themed cocktail experience, visit the Cauldron, a must for Harry Potter fans.