A humbling display of dancing ribbons of green, red and purple, the Aurora Borealis are one of nature’s many mind-reeling spells. This luminous spectrum of colour blankets the skies when the sun’s solar wind collides with the Earth’s atmosphere and magnetic field. Scotland’s latitude mirrors Stavanger in Norway and Nunivak Island in Alaska, making it the UK’s best place to see these awe-inspiring Mirrie Dancers. Add Aurora Hunting to your bucket list and soar high into Scotland’s dark skies to witness Mother Nature’s own light show.

You can’t help but feel a sense of liberating insignificance when the sight of the Northern Lights shimmy upon Scotland’s remote and northerly areas such as Shetland, Orkney and Caithness. Crisper than a freshly fallen bout of snow, the clear dark nights, northern position and notable lack of light pollution raise the chances of experiencing this natural phenomenon. Poetic and intuitive, Shetlanders refer to the otherworldly Aurora Borealis as the Mirrie Dancers. And dance they do. 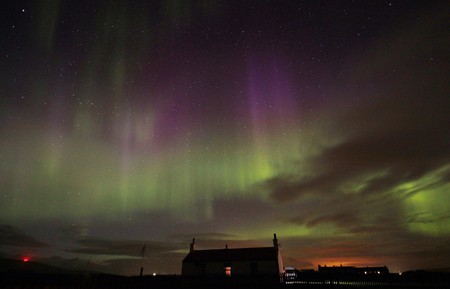 A place steeped in legend and with plenty of magical scenery, the Isle of Skye exceeds its stereotypes. Due to the vast patches of unpolluted skies, Skye boasts a grand total of nine Dark Sky Discovery Sites, each inundated with celestial alchemy from the milky way to an infestation of stars. Should the planets align, the Aurora Borealis can reveal themselves between October and March, particularly in wide open areas and atop snow-kissed Munros. Adding to the already enchanting essence, Glendale is often aglow with auroras. 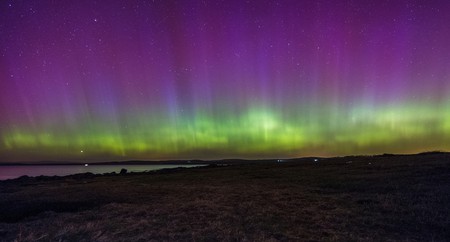 The Outer Hebridean island of Lewis and Harris sings to the soul with its mixture of terrains and endless list of historical and natural riches — think the Callanish Stones, romantic beaches, ancient buildings and brooding mountains. Full of natural wonder, Lewis and Harris, while under the auroral spell, are truly extraordinary. Those in it for the adventure should take advantage of the endless wild camping opportunities. 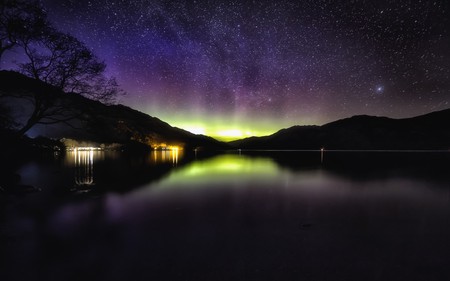 Dancing In The Dark, Scotland

Aberdeenshire and the Moray Coast

A space where dolphins meet star-studded skies, Scotland’s Aberdeenshire and Moray Coast play host to a smattering of tree-rimmed landscapes and picturesque coastal views. Thanks to a carpet of clear, dark skies and wide-open northern horizons, these untamed Scottish terrains are also a magnet for Aurora Hunters. Decked out with their very own bothy, Sigma, the Moray Astronomy Club are aurora-spotting veterans well versed in the art of stargazing. 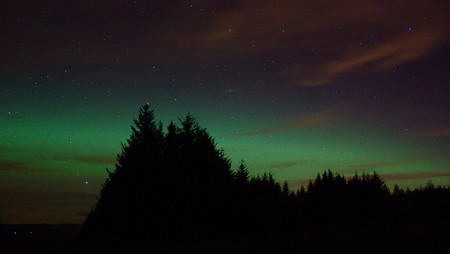 Just as many of life’s most beautiful moments arise from times of unplanned darkness, the liquorice skies of the Isle of Coll are a point of sheer wonder. These ebony swathes attract animated constellations, galaxies and more stars than you could ever imagine. As Scotland’s only ‘Dark Sky Island’, the Coll community are committed to combating light pollution wherever possible, including the decision to forgo street lights. Coll’s admirable Dark Sky status renders it a dreamy destination for auspicious sightings like the Northern Lights. 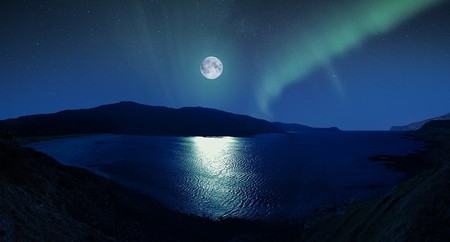 Edinburgh and the Coast of Fife

Although the general rule of auroral thumb favours Scotland’s northern reaches, there are those occasions when Edinburgh and the surrounding areas that stretch along the Fife Coast are transformed by the Northern Light’s luminous display. Such times rely on the stars’ alignment and require jet-black skies, limited light pollution and intensified solar activity. From the tip of Arthur’s Seat to the beaches of East Lothian and Fife, Scotland’s many hills and undisturbed landscapes are a fine place to start. 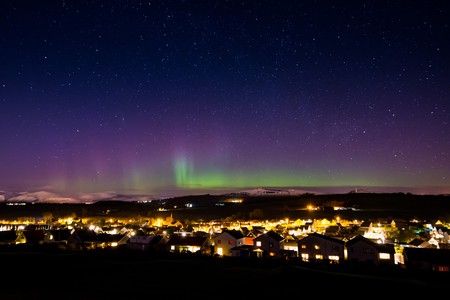 Self-confessed Aurora Hunter and lover of star-peppered skies? Check out our Culture Trip guide to the the most spellbinding stargazing spots in Scotland.