A Quick Guide to Scottish Dialects 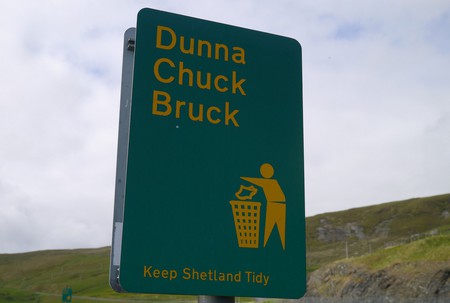 Whether in an airport terminal, restaurant, or most any social setting for that matter, you can always pick out a Scot! That sing-songy accent with lulling harmonious tones (and incorrigible sense of humour) never fails to go down an absolute treat. With the multiple facetious YouTube videos of Scottish people trying desperately to be understood, it’s easy to think of one, blanket Scots accent. And yet, let it be known that Scottish dialects vary drastically from location to location. Next time ye cannae understand a Scot, dinnae get yer heid in a fankle – consult our guide and become accustomed to the captivating sounds of Scotland. If it’s still too tough to decipher, haud yer wheesht!

Long story short, the Scots speak either English or Gaelic, some both. The predominant dialects comprised four primary regions: Insular, Northern, Central and Southern. Within these regions there exist tens of sub-dialects. Collectively, these dialects are known as Scots – and that’s just scraping the surface.

Scottish or not, there’s no way you can’t appreciate the beauty exuding from the Shetland dialect. Soft and lulling, it is woven with Norwegian influences. When it comes to the second person singular pronoun, Shetland substitutes ‘du’ for ‘you’. In turn, inanimate objects are often referred to as ‘he’ or ‘she’. Many Shetland vowel sounds, such as ‘o’, are also used in Scandinavia. Word-wise, Shetland has an abundance that are used on a daily basis in the native tongue. For example, ‘peerie’ means small or tiny. Other parts of Scotland would most likely use ‘wee’.

Like Shetland, Orkney falls into the Insular dialect category. Although it possesses similarities with Shetland, such as drawing upon Norse words, Orkney is unique in that it has a noticeable use of intonation. This rising of the voice can be likened to Welsh or Irish accents. The vocabulary is a tad different from Shetland and the other islands, as is the pronunciation. In Orkney, the word ‘you’ transforms into ‘thoo’, whereas in Shetland it’s ‘du’. Some parts of Orkney replace a hard ‘k’ with a softer ‘ch’. For example, ‘How are you keeping?’ becomes ‘Hoo are thoo cheepin?’.

Unique and historic, Doric is spoken in parts of the North East and falls under the wider Northern Scots dialect. Linked with the agricultural community, Doric replaces ‘wh’ with ‘f’. Words like ‘how’, ‘what’, ‘where’ and ‘when’ become ‘foo’, ‘fit’, ‘far’ and ‘fan’. The North East differs from Central and Southern dialects when it comes to pronunciation and vocabulary. Notably, ‘ee’ is used regularly for words like ‘moon’, ‘soon’ and ‘good’, which become ‘meen’, ‘seen’ and ‘gweed’. A fantastic method of preservation that pays homage to the mother tongue, Doric is celebrated at the annual Doric Festival. The festivities – which entail folk singing, poetry readings, ballads, and concerts – are held at numerous locations across Aberdeenshire each year.

Other dialects which fall under the Northern category are those from Caithness, East Angus and Kincardine.

East Central North, East Central South, West Central and South Central all fall under the larger Central dialect region. Naturally, although the dialects in this region are very similar, accents can change geographically, even if the location in question is a stone’s throw away from another. Basically, each accent is a variation of Scots or Scotch.

When it comes to the East Central North, Dundee sits on the periphery and speaks in a dialect known as Dundonian. Likewise, folk in Fife refer to their dialect as Fife Scots. East Neuk Scots includes the likes of Kinross, Stirlingshire, Falkirk, half of Perthshire and the western parts of Angus.

Those familiar with the works by the poet William Dunbar of East Lothian will be well accustomed to the sounds of the East Central South accent. Words like ‘wha’ or ‘twa’ become ‘whae’ and ‘tae’. Various words used in Edinburgh, like ‘radge’ (meaning mental) or ‘barry’ (meaning brilliant), derive from Romany travelers.

Head to Glasgow and discover the city dialect known as The Patter.

A Scot can spot a Southern or Borders accent a mile off. The soft lowland tongue is distinct in that it is exceptionally sing-songy and harmonic. In some parts, Scots or Scotch is spoken, whereas in others, Borders Scots is used. The Borders accent is all about the vowels, which are pronounced in a way unique to the area. For instance, Borders for ‘you’ would be ‘yow’ and ‘pea’ would be ‘pey’.