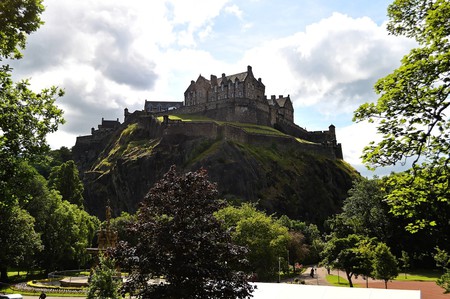 By far one of Scotland’s most iconic landmarks, Edinburgh Castle has loomed above the city’s dramatic landscape since time immemorial. With a record-breaking 1.7 million visitors to the castle this past year, its illustrious history is on display for all to see… or is it? From ghostly inhabitants to its Cold War past, here are 10 facts you may not have known about this famous fortress.

The castle sits atop a volcano

But no need to fear – the volcanic explosion that formed Castle Rock last exploded nearly 340 million years ago. Archaeological evidence suggests humans have been living on Castle Rock since 850 BC. But when it came time for the Edinburgh Castle we know and love to be built on the mound in the 12th century, they constructed it right atop the plug of the volcano’s vent. So the architects must have been pretty confident that the long-dormant volcano won’t blow its lid again… right?

It’s the most besieged place in Great Britain

Edinburgh Castle has faced down hostile forces an incredible 23 times, making it the most embattled fortress in Europe. Notable instances include the Longshanks Siege of 1296, when Edward I plundered the castle and shipped all its treasures to London. There’s also the Lang Siege, which resisted government forces from 1571-73, after the garrison occupying the castle declared their support for Mary, Queen of Scots. The last siege was during the 1745 Jacobite Rising, when Bonny Prince Charlie tried – and failed – to take the fortress. Other than its daily deluge of tourists, the castle has enjoyed a quiet life since. 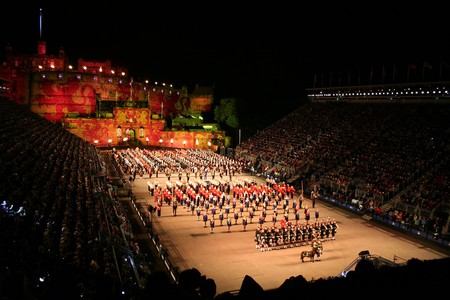 St. Margaret’s Chapel is the oldest building in Scotland

Due to Edinburgh Castle’s embattled history, the various buildings that make up the site date from different periods in Scotland’s history. By far the oldest is St. Margaret’s Chapel, which dates back to the 12th century. Named after Queen Margaret, the consort of Malcolm III of Scotland, she was well-known for her piety and died just three days after learning of King Malcolm’s death in battle. It was the only structure to be spared from destruction by Robert the Bruce when he captured the castle in 1314.

The Scottish crown jewels were lost in the castle for years

Known as the Honours of Scotland, they comprise of the Crown, the Sceptre and Sword of State. These were used in the coronation of Scottish monarchs, and is the only set of British regalia to survive Oliver Cromwell’s purge of royal symbols. But after the Union of 1707 – which united Scotland and England under one crown – the Honours were locked in a chest in Edinburgh Castle and forgotten about for nearly a century, until they were rediscovered by Sir Walter Scott in 1818. They’ve been on continuous display in the castle since then, with one exception during World War II, when they were hidden again in fear that they’d fall into German hands. 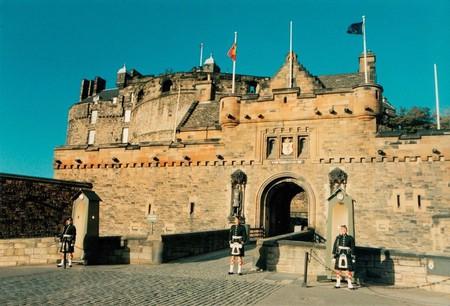 The castle is haunted by the ghost of the Lone Piper

Legend goes that hundreds of years ago, secret passageways running into different parts of Edinburgh were discovered underneath the castle. A young piper was dispatched into the tunnels and instructed to play his pipes as he walked, so that people above could map out where the subterranean passages led. However, his playing abruptly ceased, and when they went into the tunnels to find him, no trace of the young piper could be found. It is said that his ghostly piping can still be heard beneath the castle to this day, waiting to be rescued…

In the days before iPhones or Rolexes, sailors on ships passing through the Firth of Forth would keep their ears peeled for an unmistakable booming noise coming from Edinburgh Castle at the same time every day. The shot made from the original 18-pound gun would be heard for miles, and allow the sailors to adjust and reset their chronometers to the correct time. Though its timekeeping duties are no longer required, a gun continues to be fired from the castle’s battery as a beloved tradition every day. 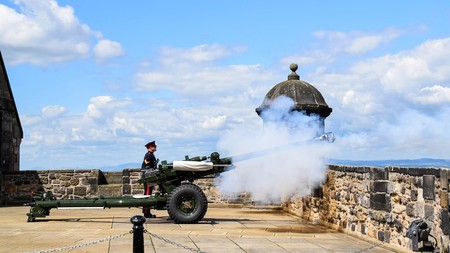 The castle was once home to an elephant

We’re not trying to pull your trunk – in 1838, the 78th Highlanders returned to Edinburgh after a long posting in Sri Lanka with a full-blown elephant. As the castle was one of the main infantry barracks, the elephant lived onsite with his comrades and became the head of their marching band. He also developed a passion for beer, and is said to have reached his trunk in through the canteen window for a pint before bed. His toes are currently displayed in the National War Museum within the castle grounds.

The KGB had the castle altered

You know what they say about walls having ears… In the 16th century, a paranoid King James IV of Scotland had small holes built into the Great Hall of Edinburgh Castle so that he could spy on his courtiers’ conversations. Known as the ‘laird’s lugs,’ or the lord’s ears, these holes remained an open secret – until Soviet president Mikhail Gorbachev’s planned visit to Edinburgh in 1984. Before his arrival in Scotland, the KGB insisted that the holes be bricked over in anticipation of his trip to the castle. Espionage never grows old. 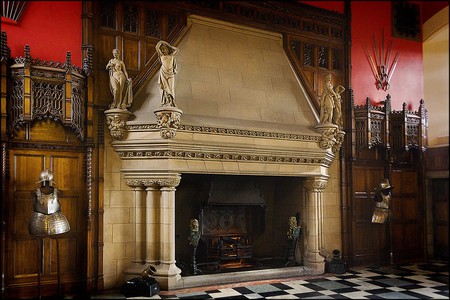 Royalty aside, the castle also housed some rather infamous residents, including 21 pirates of the Caribbean that were ultimately sentenced to death by hanging. Edinburgh Castle also imprisoned a score of Americans during the War of Independence – in fact, one prisoner defiantly carved the American flag into the walls of the castle’s vaults during his imprisonment, which is now believed to be the earliest depiction of the Stars and Stripes in history.

There’s a dog cemetery on the grounds of the castle

Tucked away off the main path towards Edinburgh Castle is a small plot of land dedicated to the canine companions of Scottish battalions dating back to 1840. From Jess, the beloved mascot of the Black Watch 42nd Highlanders, to Dobbler, who followed the Argyll and Sutherland Highlanders from China to Sri Lanka and South Africa, these pooches are honoured for their loyalty and service by being buried on castle grounds – a custom usually only reserved for nobility and soldiers of distinction. Visitors cannot enter the cemetery, but the garden can be seen from the Argyle Battery above. 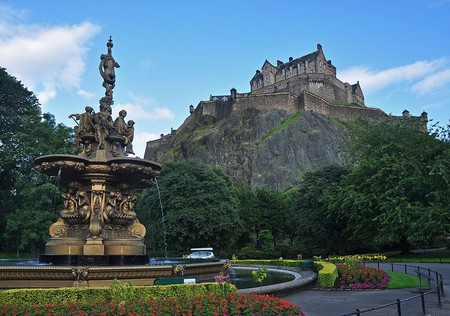 Edinburgh Castle and Ross Fountain | © Nilfanion / WikiCommons
Give us feedback