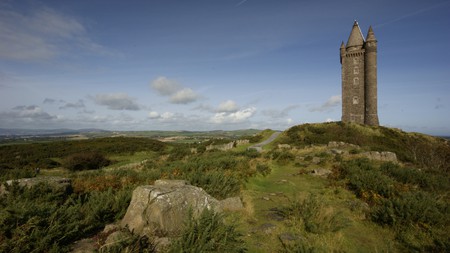 Northern Ireland is a small country, so getting around on bike is actually more practical than you might think. These routes will take you on a tour of NI, stopping off at some sites of natural and man-made beauty all over the country. And, with over 40 new docking stations for the Belfast Bikes scheme, urban cyclists needn’t be left out.

This route begins in Jordanstown, County Antrim, before passing through Whiteabbey, all the while offering excellent views of Belfast Lough. It soon arrives in Belfast proper, winding through the city along the banks of the River Lagan and continuing all the way through to Lisburn. This route passes several parks, including Hazelbank Park, Minnowburn and the Giant’s Ring, so feel free to stop off at any of these for a breather and some scenery. 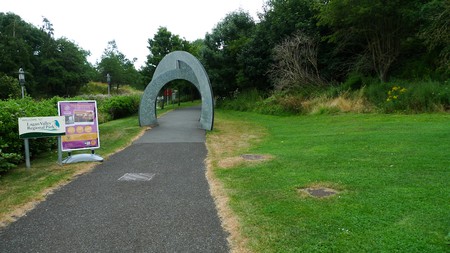 Where the Lagan Towpath followed a natural trail, the Comber Greenway follows the old railway line from Belfast to Comber. The 11.2-kilometre (seven-mile) stretch of the National Cycle Network starts at the end of Belfast’s Queen Elizabeth Bridge. For the traffic-free experience, it’s better to start at Dee Street, near the Samson and Goliath cranes that helped build the Titanic. From there, the path continues through East Belfast and passes through the Belfast Hills before turning rural, offering views of Scrabo Tower before eventually ending in Comber itself.

This 32-kilometre (20-mile) stretch of towpath follows the now disused Newry Canal and was formerly used by horses to pull the canal boats along the water. It passes through Scarva Village, well-known for its summer floral displays. The ground along the towpath is level and easy, so this route is an excellent choice for anyone looking for a quiet cycle. It’s a popular walking route as well as a cycle path, so watch out for pedestrians. 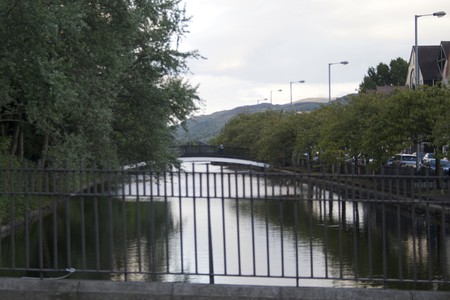 This coastal route passes through the coastal towns of Portrush and Portstewart, both of which are popular tourist draws. On a clear day, the tip of Scotland’s Mull of Kintyre is visible from Portstewart. The 37-kilometre (23-mile) route stretches right to the Giant’s Causeway, so it might be a good idea to stop in at the visitor’s centre for a rest. 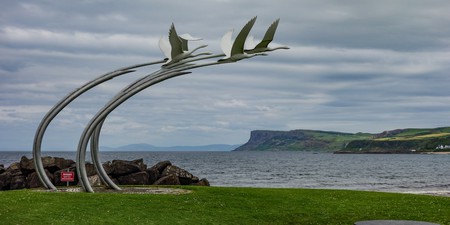 The Children of Lir Sculpture at Ballycastle | Philip McErlean / Flickr

At 132 kilometres (82 miles), this route is longer than the others and starts in Comber, eventually looping back around. The Comber Greenway actually makes up the first stretch of the route, but the tour has more to offer past that point. It mostly sticks to the minor roads around Strangford Lough; Castle Ward, Saint Patrick’s Grave and Exploris Aquarium are all along the way, so be sure to stop and take in the sights. 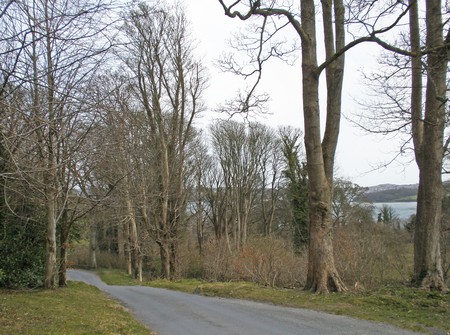 A little bit different than the other cycle routes, Belfast City Bike Tours’ three-hour, 15-kilometre (9.3-mile) cycle is a leisurely tour around the city. Experienced guides take travellers around Belfast’s most popular sites as well as several more hidden gems. It is a perfect introduction to Belfast, with a coffee break between two halves of morning cycling. A longer tour cycles a little further to Hilden Brewery before stopping and letting riders quench their thirst. 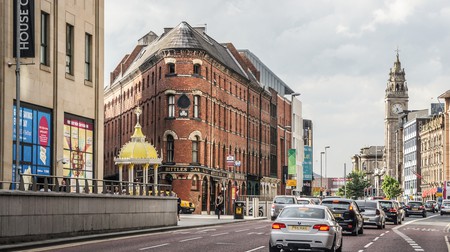