The city of Belfast has long been renowned as a cultural and literary capital of the United Kingdom, and its stature is now being recognised by a new venture which aims to offer a guide to the city through the eyes of the great writers who lived and worked there. We introduce this venture and look at some Northern Ireland‘s writing greats.

Literary Belfast is a new venture that has been launched in conjunction with Belfast City Council and the Belfast Book Festival. It aims to celebrate Belfast’s ‘rich literary heritage and exciting contemporary writing scene’ by offering tours, lectures and exhibitions showing the important role the city played in the lives and works of some of the greatest writers of the 20th century. It also aims to celebrate and promote the works of up and coming writers from Belfast who are beginning to make a name for themselves beyond Northern Ireland.

Belfast has over the years been home to a vast array of great writers, both native and expatriate, from past icons of literary culture like CS Lewis and Louis MacNeice, to more contemporary poets like Seamus Heaney and Paul Muldoon, all of whom have been recognised internationally for their literary achievements. 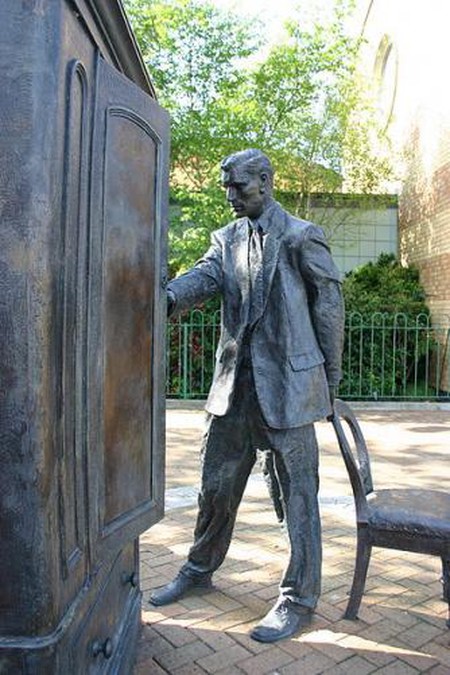 CS Lewis, who was born in Belfast, is most famous for the fantasy series The Chronicles of Narnia which he wrote whilst in Oxford, while his powerful memoir Surprised by Joy details his childhood in Northern Ireland and the profound effect it had on his work.

Louis MacNeice on the other hand is an internationally renowned poet who counted as his contemporaries WH Auden and Stephen Spender and whose poetry displays a vivid awareness of his Irish roots.

Seamus Heaney and Paul Muldoon were both members of the so-called ‘Belfast Group’ of poets: a loose collective who gathered in the city in the 1960s. Both Heaney and Muldoon have been recognised as amongst the greatest poets of the 20th century, with the former winning the Nobel Prize for Literature in 1995. Some of Heaney’s works are collected in Death of a Naturalist and Sweeny Astray whilst Muldoon’s poetry can be found in Moy Sand and Gravel.