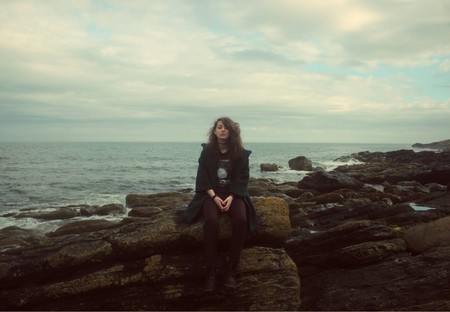 From Van Morrison to Snow Patrol, Duke Special to Stiff Little Fingers, Northern Ireland’s musical output has seen massive success on the world stage. All of these megastars, though, started off as tiny acts playing gigs in Belfast or Derry. Here’s our pick of 10 Northern Irish musicians we think are on the way to becoming the next big thing.

Jealous of the Birds

Jealous of the Birds‘s Naomi Hamilton (from Portadown, County Armagh) has risen quickly through the ranks of the Northern Irish music scene: in 2015, she released Capricorn, a 6-track EP recorded from her bedroom and released to critical acclaim; following this, an uptick in live performances and festival gigs led to more recording and the release of 2017’s Parma Violets. Melding folk with a shoegazing post-punk influence, Hamilton’s debut album features layered vocals across her literary lyrics with musical forebears. These influences shine through in the insightful and carefully-crafted songs that make up Parma Violets.

Hailing from Castlerock, County Derry, this lo-fi indie pop outfit has an emotional flavour that calls to mind Modern Baseball, Mom Jeans and Martha. 2016’s EP American Wives is a fantastic bedroom pop recording with lyrics that could only have been written by earnest young adults. brand new friend‘s vocalists, siblings Lauren and Taylor Johnson, sing with an enthusiasm just as catchy as their melodies, while bassist Aaron Milligan and drummer Luke Harris keep the tempo upbeat. Following the release of new single ‘Your Friends Hate Me’, we can only predict many more live shows to come.

An alt-rock/garage-punk band from County Derry, now based in Belfast, Sister Ghost is the pet project of singer-songwriter Shannon O’Neill. Tinged with a DIY punk ethos, this is to-the-point rock, no messing around, calling on influences including Sonic Youth, Bikini Kill and Siouxsie Sioux. O’Neill played every instrument on Sister Ghost’s first single, ‘Scent’, but she has since gained a full band that accompanies her for live performances and is featured on the 2016 EP, In a Spell.

A bizarre mix of jazz, hip-hop and post-punk, Robocobra Quartet is not for everyone, but there’s no doubt that the band has carved out a strong niche for itself. Formed in Queen’s University’s Sonic Arts Research Centre, the band has a rotating lineup of 14 members, each of whom brings their own character to a performance. Led by drummer and vocalist Chris Ryan, Robocobra Quartet is a band to see live, ideally more than once.

The tightly-wound and intricately constructed ballads of Our Krypton Son, another Derry City native, are sure to move even the stoniest of hearts. Following his eponymous debut in 2012, the artist didn’t release another album until 2017, which brought the world Fleas and Diamonds, an emotionally-charged masterpiece of love and loss. While his baritone calls to mind Jim Morrison, his lyrics Leonard Cohen and his instrumentals the Divine Comedy, Our Krypton Son defies comparisons and demands to be appreciated on his own merits.

Chris Hanna is a Belfast-based DJ making deep house and techno from the offices of Thursdaze, one of Belfast’s most popular EDM nights. The end of downtempo OneKnown (Hanna’s other project) leaves him to focus on the more danceable tunes we hear on his latest release, Time 2 Let Go. According to Hanna, the album is a digital compilation of unreleased tracks saved to his computer and compiled into a digital release; for something apparently random, the tracks work together exceptionally well, and we’re sure this isn’t the last we’ll hear of Hanna.

Electric Octopus burst onto the Belfast gig circuit seemingly out of nowhere with bluesy, funky, psychedelic tracks. With long tracks seguing from one musical concepts to another, the recorded releases perfectly capture the feel of performances, and the three members gel effortlessly to create the jams that have made the band a hit. Electric Octopus is now embarking on its first festival circuit, bringing its chilled-out, kaleidoscopic vibes around the UK and Ireland.

Malojian (born Stevie Scullion) is a singer-songwriter who has been making waves on his home island for a while now, but we expect his latest album, This Is Nowhere, to really put him on the map. Malojian’s music clearly reached the right people because This Is Nowhere was recorded in Chicago under the watchful eyes of recording engineer par excellence Steve Albini. This third release occasionally sounds like Elliot Smith and occasionally the Beatles, and those two flattering comparisons are not overstatements.

Omagh band Mosmo Strange has described itself as being ‘wary of genres and labels’, and its sound shows that: ‘roastercoaster’ sounds as though it could be a lost Queens of the Stone Age track, while the more uptempo ‘george snorewell’ has a brighter tone that seriously contrasts the band’s other outputs. At any rate, the band’s fuzzy, riff-driven brand of stoner rock has proven popular and carried them to victory in Bulleit Whiskey’s Battle of the Bands competition.

Sea Pinks has been around for a while now, and 2017’s Watercourse is the band’s sixth album in seven years and the second album recorded with a full band. The first half of the album is full of the same jangly dream-pop that made earlier releases so great, but this sound switches over to a harder edged tone in the latter tracks. Frontman Neil Brogan thinks it’s the best piece the band has put out yet, and we’re inclined to agree with him.