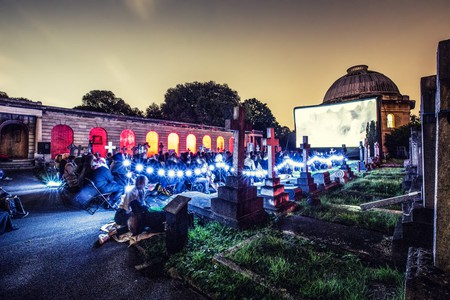 Summer can be a tricky time for cinephiles—with sunshine a rare treat on British shores, it somehow never feels quite right to waste sunny days or warm nights hidden away indoors. But, among the many benefits enjoyed by Londoners, a summer jam-packed with outdoor cinema screenings allows the best of both worlds. With cult classics, guilty pleasures and avant-garde features in abundance, here’s The Culture Trip’s pick of the best options for al fresco film, to fill up these balmy summer evenings.

One of the country’s leading organisers of outdoor screening events in the UK, Luna Cinema really takes outdoor cinema up a notch. Not content with just any old building, the people behind Luna scour the country for prestigious, unique or iconic locations, under the very persuasive mantra that ‘the setting in which you experience the film is as important as the film itself’. The programme of screenings is dominated by cinematic classics. Upcoming screenings in London include The Great Gatsby, Spectre, Jaws, Grease and Blade Runner, at a stunning range of venues including Hampton Court Palace, Kensington Palace, The Tower of London and Kew Gardens. 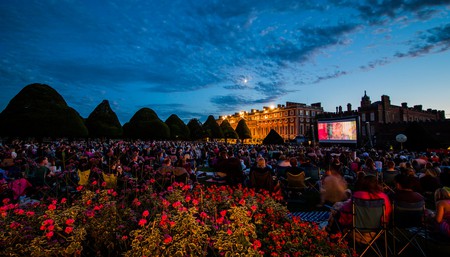 Thanks to the people behind The Nomad, Londoners can enjoy a screening from an eclectic mix of films in a gorgeous outdoor venue whilst also enjoying the smug satisfaction of knowing you are helping a good cause, by donating nothing but your custom. This six-year-old nomadic company is the UK’s first social enterprise pop-up cinema; it’s run largely with the help of volunteers, and it donates 100 percent of its profits to the South African charity, the Sustainability Institute. The Nomad go for a festival feel at their screenings, with catering and goodie bags to match their films. Upcoming screenings include The Goonies at Richmond’s Old Deer Park, Purple Rain in the grounds of St. Paul’s and Psycho at Brompton Cemetery.

Backyard Cinema— which quite literally began life in its founder’s back garden— hosts events throughout the year, but it’s their annual visit to the cobbles of Camden Market that really stands out in London’s summer cinema series. Now in its fourth year, this two week event in August showcases the best in music movies, with everything from live concerts to features to biographies. This year’s lineup includes screenings of Ray, the Oscar-winning Ray Charles biography, Cobain: Montage of Heck and The Blues Brothers. Attendees can opt for either beanbags or deckchairs, with burgers courtesy of Honest Burgers, craft beers from a Meantime Brewery truck and cocktails to accompany the musical merriment. 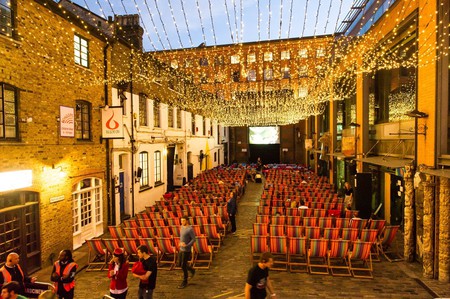 Floating Cinema’s programme this year couldn’t be more topical— named ‘Another Country’, the series aims to explore ‘London’s position in the world’ through film, looking to question ‘how we live and work within, as well as outside of, a place that throws up as many opportunities as it does challenges’. Curated by award-winning author and journalist, Hari Kunzru, the series will take place on the waterways and canal sides of East London across three weekends in August and September, and it will include a mix of talks and workshops alongside screenings. Only the first weekend’s lineup—which is named ‘World Cities’—has been announced so far, and it includes Spike Lee’s cult classic, Do The Right Thing, and the critically acclaimed Halfway, by breakout British director Daisy May Hudson. 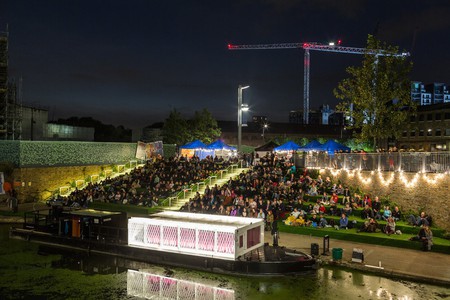 Image courtesy of the Floating Cinema 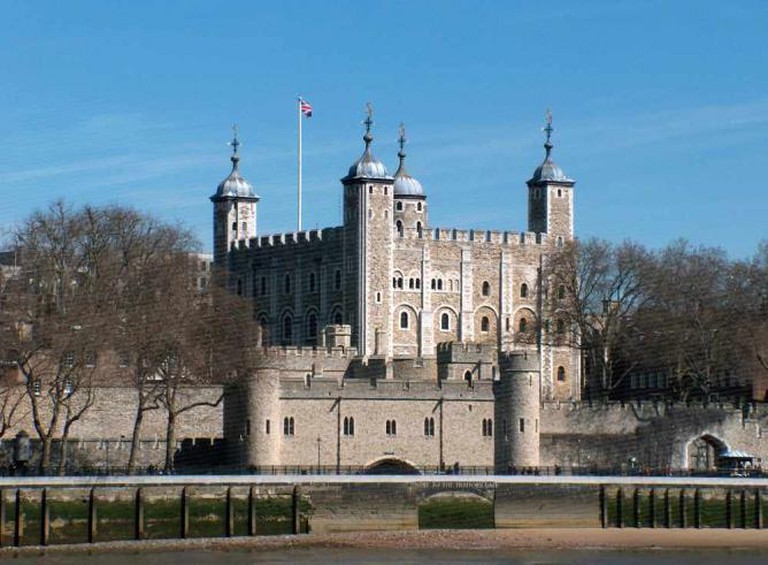 Tower of London | © Peter Pikous/Flickr
There aren’t many London spots that can rival the courtyard of Somerset House in its picturesqueness. In winter, Londoners rely on the ice-skating rink to create envy-inducing pictures, but come summer, expect to see Instagram feeds filling up with snaps of blankets sprawled across the cobblestones under a starry sky. Every August, Somerset House holds a 14-day festival, with contemporary classics, popular favourites and new premieres on London’s biggest outdoor screen. Some of the best picks include Trainspotting, Jackie Brown and ExMachina, while audiences will also be able to vote for their favourite Stanley Kubrick film, as part of Somerset House’s celebration of the cinematic great.

No list of outdoor cinemas can be complete without a mention of the Rooftop Film Club— ‘the kings of outdoor cinema’. Less of a free-for-all than some other options, screenings from the Rooftop Film Club feature neat rows of deckchairs on a manicured faux lawn atop some of London’s established rooftop venues. Our favourite is Peckham’s Bussey Building— standing high above low-built streets, it offers unhindered, panoramic views of the London skyline. Other London venues this summer are Stratford’s Roof East, Shadwell’s Tobacco Dock, Kensington’s Roof Gardens and Shoreditch’s Queen of Hoxton, while for the first time this year they will also be taking up residences aboard the Good Ship Benefit, with HMS Film Club. Some of the best films to catch include Ferris Bueller’s Day Off, The Exorcist, A Clockwork Orange and The Grand Budapest Hotel. 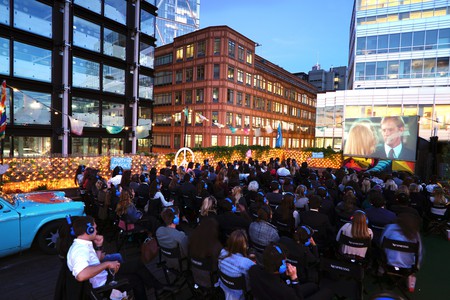