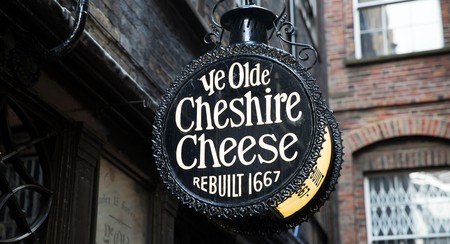 One of London’s oldest and most extraordinary spots to visit, Ye Old Cheshire Cheese is a must-see for any intrepid explorer. Situated in the the City, there are few finer examples of the iconic British pub in the UK’s capital.

While you can walk into an average bar in virtually any country in the world, what Britain does better than anywhere else is the pub. An integral part of of the country’s history and tradition, when done right, a drink with friends in a good pub is about as brilliant as it gets.

Located on Fleet Street, London’s former historic home of the country’s major newspapers, Ye Old Cheshire Cheese has long been a popular haunt of weary hacks seeking sustenance. Despite being Grade II listed, ‘The Cheese’ is wedged rather unceremoniously down an alley and has the feeling of a pub that has elbowed itself into existence despite the apparent infeasibility of its construction. The small portion of the pub that is above ground consists of a wood-panelled dining room and a small bar, which usually has sawdust sprinkled on the floor. 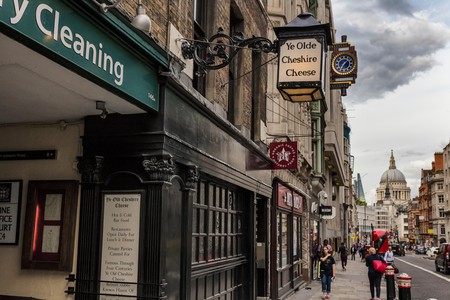 There has been a pub at this location since 1538, but it was rebuilt in 1667 after being damaged in the Great Fire of London, and parts of the lower cellars are even older. As you descend down one of the treacherous stone staircases, you’re drawn into the atmospheric set of rooms with bars of varying size. The building was previously home to a monastery, and as such there is a dizzying array of chambers, cellars and tunnels to navigate; all are home to little corners to tuck up into with a drink in hand.

The establishment is currently owned by Sam Smith’s Old Brewery. Their pubs are a go-to for beautiful buildings, traditional ales and cosy interiors. There are no big brands, just brilliant offerings from their own brewery in Tadcaster, Yorkshire. 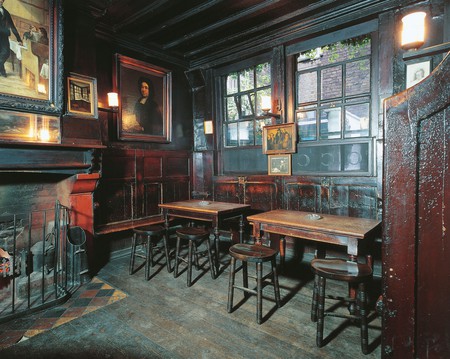 The building was previously home to a monastery

The number of pubs in London claiming to have connections to literary figures is nothing short of extraordinary (The Newman Arms, The George Inn and The Anchor Bankside). Indeed, you’d be forgiven for thinking that all the great tomes of the last few hundred years have been written while the author was more than a bit tiddly.

Given its apparent age, it’s no surprise that Ye Olde Cheshire Cheese lays claim to having had Charles Dickens, Samuel Johnson and George Orwell within its walls at some point. Partly as a result of the long list of famous patrons, ‘the Cheese’ is often referred to as a Fleet Street landmark, and it’s hard to argue that this is anything but a fitting title. So grab yourself a proper pint and explore the maze and the cuttings on the walls, and know that you’re walking in the footsteps of a few literary greats (and many lesser drunks). 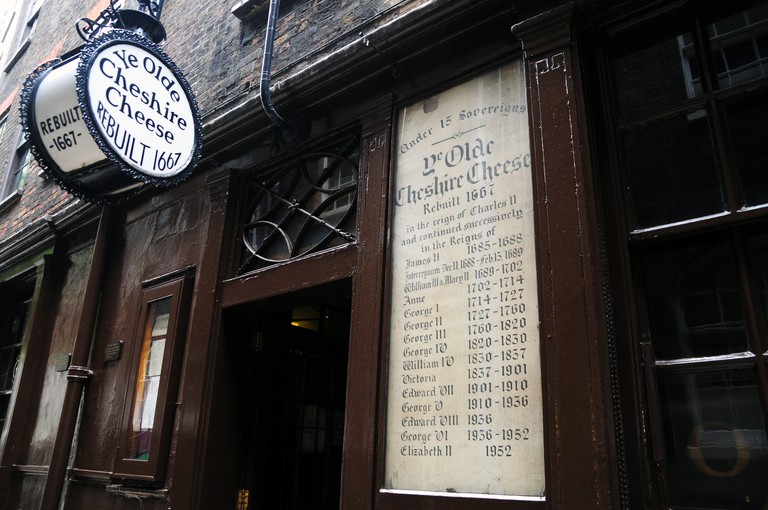 Dating back to 1538, Ye Olde Cheshire Cheese is an unmissable opportunity to soak in the watering-hole atmosphere of yesteryear’s London.

Casual, Traditional
Give us feedback