Women Who Changed The Course Of British History In Films 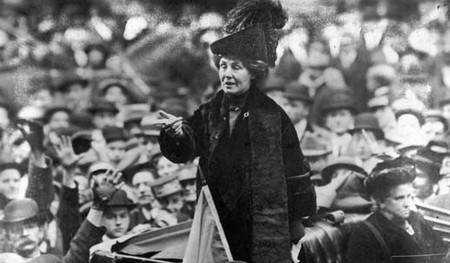 Women have the right to vote in Britain — check. Women have gained equal rights to men in Britain — check. Britain had a female Prime Minister in office — check. These changes in British history and politics were actually made by British women themselves, but who were these women and which films honour them?

Going to vote every couple of years seems ordinary. It is hard to believe that only 100 years ago there were women arrested and killed trying to get this very right. Suffragette (2015), directed by Sarah Gavron, is set in the UK in 1912-13 and addresses the political struggle at this time.

A suffragette was a member of a feminist movement that was trying to win the women’s rights to vote. These women were fed up with their social and economical positions in society and wanted to protest and make a change. One of their leading founders was Emily Pankhurst, played by Meryl Streep in the film. In her short performance she manages to state one of the most dramatic lines in the film: ‘We don’t want to be law breakers, we want to be law makers’. Pankhurst had strong opinions and encouraged women to be more violent by stressing that ‘it is deeds, not words that will get us the vote’. With statements like these she was seen as a threat and had to continuously hide from the police.

The movie has a strong documentary appeal to it, especially with the use of dull colours and the shaky handheld camera. When the film comes to an end, we know that the fight did not end there. It took another 15 years after this event for voting rights to be granted. In some countries, as stated in the film, it took even longer. 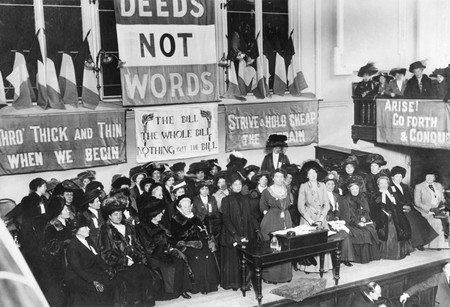 Made in Dagenham – demand for equal pay

Demanding equal pay is still a major hurdle to overcome today. It was up for discussion in the London suburb of Dagenham in 1968 at the Ford Car Factory. The female workers at the car plant are the main focus of Made in Dagenham (2010), directed by Nigel Cole and starring Sally Hawkins.

The 187 seamstresses only made up a mere fraction of the 55,000 men that also worked at the company, but with more promising positions. The main character in the film, Rita — based on Rose Boland— leads a one-day strike in order to get the same pay as the men at the factory. This short strike continues and once the factory finds itself at a loss, with no women sewing their car seats, they have to shut down.

The women in the film, much like in real life, won this battle and the Ford Factory enforced similar pay for both genders. This historic fight also lead to the creation of the Equal Pay Act of 1970. This act banned favouritism of men and encouraged equal pay and working conditions for all employees.

Whilst the film depicts the battle for gender equality, it is told with an uplifting spirit and the screenplay was written with a high dose of British humour. The diverse pops of colour in the set design and costumes reflect the 60s time period beautifully. We hope to see more witty films like this one that put women fighting for rights in the forefront. Go Rita! Or should we say, Go Rose! 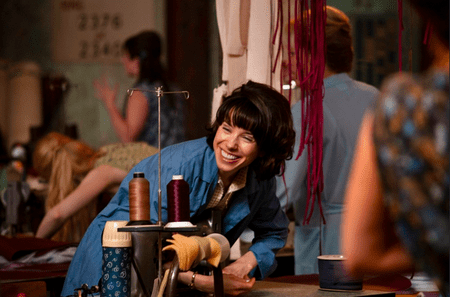 Sally Hawkins in Made in Dagenham © Shetland Arts | Flickr

The Iron Lady (2011), directed by Phyllida Lloyd, is a biopic about the woman herself: the first British female Prime Minister, Margaret Thatcher. Her nickname was coined by the Soviet Union who were describing her firm position against the Soviets. The name stuck, and she has been referred to as the Iron Lady ever since.

Whether she was loved or hated is not of importance in the film, rather it emphasises her difficulty to step up as a woman in rooms filled with men; continuously struggling against sexism and gender prejudice. With her strong determination and bold personality, she maintained her position and turned out to be the longest running Prime Minister with three consecutive runs.

She is portrayed by the brilliant Meryl Streep, who captures Thatcher’s spirit and bares a haunting resemblance throughout the film. It was through the extraordinary makeup team that Streep is transformed into the Prime Minister. J. Roy Helland, the makeup artist, was faced with the challenge of representing the Iron Lady through six decades. Helland is also Streep’s personal makeup artist, who knows the actress’s face well and was able to alter Streep’s appearance so that she even had Thatcher’s nose.

Thatcher is now joined by a long list of female presidents, many of which are still incumbent today. The question is whether other countries will follow in the footsteps of Great Britain, Norway and Germany to elect their first female president. 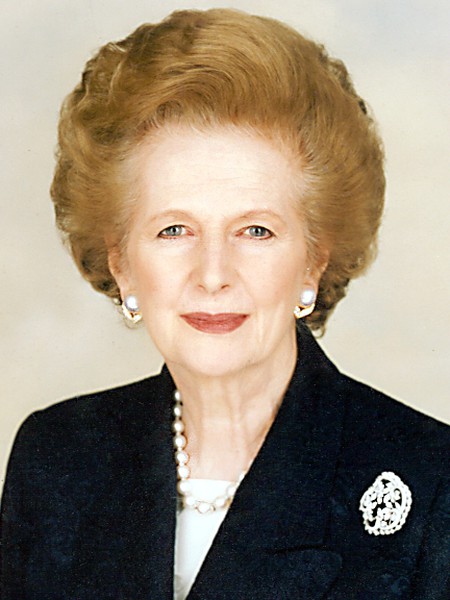 Having to jump in front of the King’s horse to get attention now seems outdated and shocking. Today, many women continue this fight, with the likes of Emma Watson giving speeches at the UN, Patricia Arquette speaking out for equal pay or Beyoncé writing songs about women’s empowerment. Perhaps one day films will be made about them.