Why You Should Go to the Stoke Newington Literary Festival 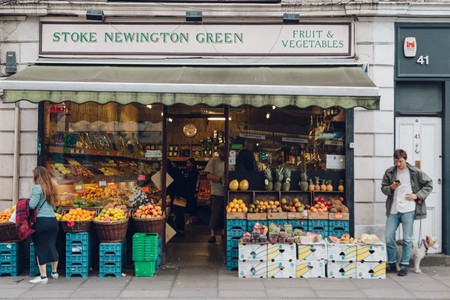 Next month the Stoke Newington Literary Festival will host a weekend of talks and discussions, celebrating the area’s lively political and literary history.

The Stoke Newington Literary Festival is not your usual collection of swanky soirées with unnecessarily long discussion titles. It’s short, cheap (some events are free), inclusive, unpretentious and fun.

The festival – which has been running since 2010 – aims to champion diverse and eclectic thinking, drawing on the area’s history as a ‘melting pot of new ideas, artistic endeavour and off-centre thinking’. Celebrating the area’s cultural legacy – with former residents including Mary Wollstonecraft, Daniel Defoe, Sid Vicious and Barbara Windsor – the festival also hosts leading voices from around the world: it is a local event that remains stubbornly global in its outlook.

Looking ahead to this year’s programme, the list of speakers is notable and the topics wide-ranging, tackling the most urgent political, social and artistic questions of today. On Friday, Chelsea Clinton will speak on her new children’s book, while Guardian editor Claire Armistead will be running a panel featuring Man Booker shortlisted author Ali Smith on London’s ‘increasingly fractured communities’.

Saturday sees authors Olivia Laing and Meg Wolitzer discuss writing ‘in a world when one dumb tweet might cause Armageddon,’ with other highlights including a gothic tour of Abney Park Cemetery and a discussion on the history of vinyls. On Sunday London’s new Young Poet Laureate Momtaza Mehri will be among a panel debating the Windrush legacy that includes activist and commentator Patrick Vernon OBE and writer Stephen Bourne, while discussions on monogamy, Trump and ‘fake news’ also take place throughout the day.

Mehri will also perform alongside Theresa Lola – a young Nigerian British poet – at ‘Mixtape Sessions’, an evening of poetry and spoken word, accompanied by ‘an unforgettable soundtrack of songs, from Afrobeats to hip-hop, from reggae to soul’. Roger Robinson and Nick Makoha, two of London’s foremost dub poets, will host the event.

Speaking on this year’s programme, festival director Liz Vater was optimistic about its unique ability to bring different voices together. ‘The festival has always celebrated London’s diverse, sometimes contradictory but always vibrant voices’, she said. ‘During the turbulent times we are living in, this feels even more important as we face fragmentation and distrust in our community and across the world. The line-up this year gives me hope that there are people out there willing to listen, to learn and to share ways of moving forward together.’ 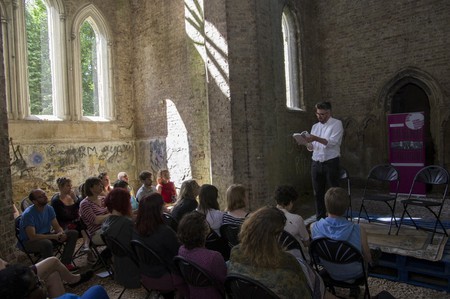 In keeping with the festival’s ‘eclectic’ programme, the venues are equally varied in style and aesthetic. Spread across ten locations in Stoke Newington’s charming neighbourhood, events will take place in the Town Hall, a 1930s art-deco masterpiece, the Old Church where Queen Elizabeth I used to worship, and the Mortuary Chapel in Abney Park, which sits next to a Gothic cemetery. Fittingly, the Mortuary Chapel will host an evening tour, exploring east London’s relationship with gothic stories old and new.

With Hay Festival taking place on the same weekend, if you aren’t able to get down to Wales’ preeminent literary festival, simply head to Stoke Newington instead.

Stoke Newington Literary Festival takes place from June 1-3, in various locations. For more information on this year’s programme and on how to buy tickets, visit their official website or join the conversation on Twitter @StokeyLitFest