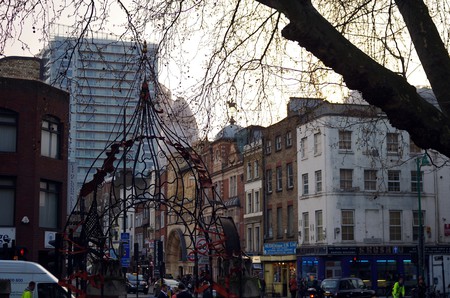 No London borough is complete without a top-notch brunch spot, and E1’s Whitechapel is no exception. Famed for its curry houses and authentic Asian cuisine, the area also offers eggs benedict, bloody marys and bacon in abundance. From bright and early breakfasters to barely awake brunchers, there’s something for everyone down Whitechapel’s winding streets. Check out The Culture Trip London’s top picks worth getting out of bed for. 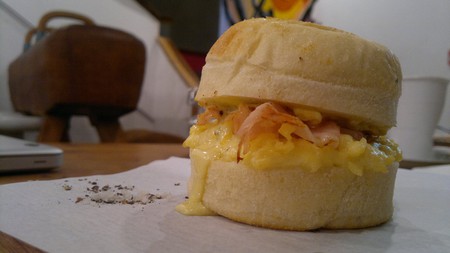 Husband and wife team Foxcroft & Ginger founded their first restaurant in Soho five years ago, and the Whitechapel branch followed not long after. Famed for the ‘cruffin’ (a croissant-muffin combo that works surprisingly well), Foxcroft & Ginger also offers an amazing brunch selection. For the clean eaters among you, the black rice, quinoa and coconut porridge is highly recommended, for everyone else, the potato rosti with pulled pork, fried egg and cheese is an early-morning indulgence impossible to resist. You can pick up a loaf of their freshly baked sourdough bread to take home with you, too. 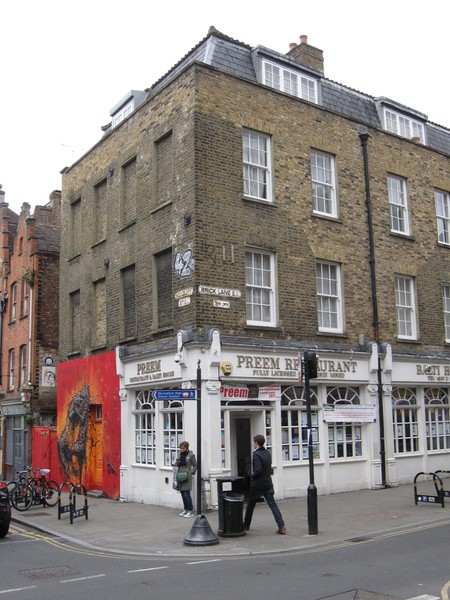 Tucked away down Brick Lane is Chez Elles Bistroquet. Serving up quaint kitsch in abundance, the Bistroquet also specialises in traditional French cuisine, with a series of set menus to suit every palate. For traditional dishes with a continental twist, Chez Elle’s is hard to beat. The brunch ‘A l’Anglaise’ for ‘meaties,’ for instance, comes with Toulouse sausages and a delicious ratatouille. Most menus also come with a homemade pastry or cake, and the Croq’s are pretty special.

Trade, on Commercial Street, is a former menswear supplier-turned-coffee and sandwich shop that oozes east London cool. Though it’s kept some of the original features intact, the interior has since had something of a makeover, supplemented with stripped wood metallic fixtures for cool minimalist chic. The brunch menu delivers firm favourites with an American twist, think peanut butter pancakes and green eggs and ham, best enjoyed from the cosy decked terrace out back. Trade’s ‘secret garden’ also comes with a smoker where the team produce their own meats, including the pastrami that’s used in the (very highly recommended) pastrami benedict. 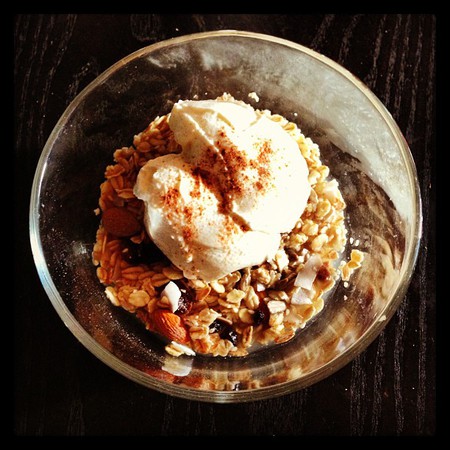 For a laid-back East End brunch, try Parts & Labour. The all-day canteen has an open kitchen, a cool vibe and a very extensive breakfast selection. Lighter options include bircher muesli, tomatoes on toast or (if you’re feeling fancy) courgette fritters with poached eggs, all accompanied by an impressive array of smoothies, juices and herbal teas. Fear not if you’re feeling a little less virtuous, as French toast with rhubarb compote, waffles with bacon and even a breakfast buffet are on offer as well.

Café from Crisis is worth a visit for the motivational quotes on the blackboard alone. There are few better ways to start your morning, and you’ll be doing a good deed too. The café is part of the crisis project, providing education, training and employment for the homeless and vulnerably housed, many of whom work in the kitchen. The laid-back, friendly feel is one of the café’s biggest draws but that’s more than matched by the fresh daily fare of everything from porridge with fruit to a full English fry up.