Where to See Illustration in London

Whether you’re into political satire or the magical world of Hogwarts, there are plenty of fantastic places to discover the wonders of the illustrative arts in London. Here’s our guide to the best places around. 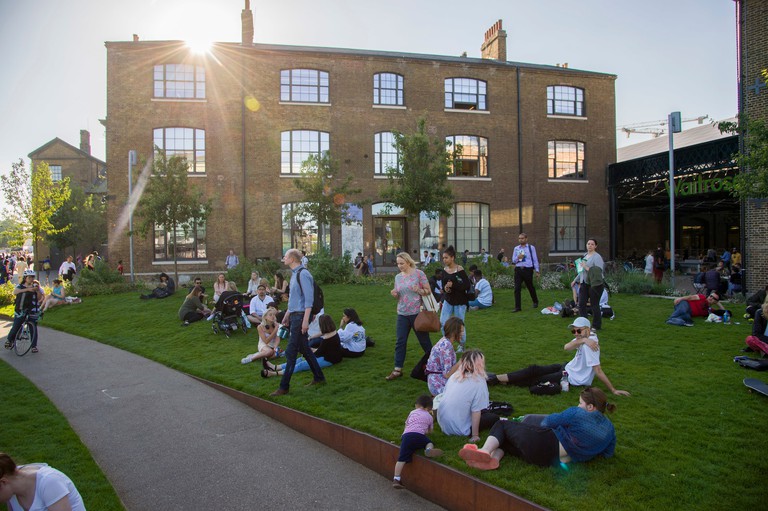 Courtesy of Paul Grover / House of Illustration
The only public gallery dedicated to illustration was founded by Sir Quentin Blake in 2014, in a former granary building just off of Regent’s Canal. The House of Illustration’s programme features ten large-scale shows a year, focusing on broad thematic exhibitions as well as solo presentations. As such it presents the form of illustration in myriad styles; from Japanese manga and well-known children’s books, to brand new commissions by trailblazing contemporary artists, such as Hattie Stewart.

Art Gallery
Facebook
Email
Twitter
Pinterest
Copy link
Share
Now for a museum experience for the more serious of the not-so-serious. Put those sick-bags and soggy sandwiches away though, as this is one museum you won’t find on your school trip stops. The cartoon museum is a haven of everything you need to know about cartoons, caricatures and comics. With three main galleries, The Cartoon Museum has a rich heritage that’ll have you revisiting nostalgic comic gems all day. Prepare to spend hours flicking through the history of Dennis the Menace, The Beano and beyond. 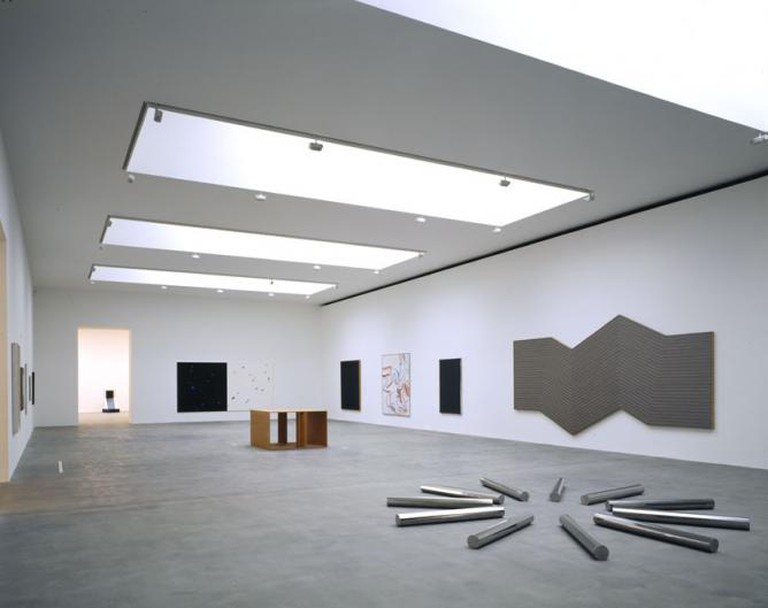 Gagosian Gallery | © Interesting Collection
With a focus on contemporary drawing and the experimental investigations around the medium the Drawing Room Gallery has showcased work from internationally recognised artists including Shezad Dawood and Richard Tuttle. The gallery also hosts the Drawing Biennial, showcasing unique works on paper and auctioning them off in order to raise funds.

Shop, Store, Art Gallery
Facebook
Email
Twitter
Pinterest
Copy link
Share
The House of MinaLima is an incredible hidden gem hidden in Soho’s Greek Street. The shop-cum-gallery was founded by Miraphora Mina and Eduardo Lima, who single-handedly created every graphic prop for the Harry Potter films. The couple offer a huge selection of their own-brand designs, as well as a wonderful exhibition space based around their wizarding work.

Art Gallery
Facebook
Email
Twitter
Pinterest
Copy link
Share
Founded by Chris Beetles in 1975, this Mayfair gallery focuses on illustrations and cartoons as well as paintings and sculpture from the 18th, 19th and 20th century. It holds an incredible selection of original illustrations from the likes of E H Shepard and Ronald Searle. Every November the gallery hosts ‘The Illustrators’ exhibition, featuring over 1,000 works for sale.

Way before the advent of photography, fashion magazines had to rely on precise illustrative version of their garments to entice consumers. Nowadays fashion illustration is still big business, with creative, avant-garde art remaining a fixture in publications and campaigns. The Fashion Illustration Gallery exhibits and sells works from some of the greatest in the field, from historic pieces by René Gruau to new creations by Hiroshi Tanabe. It has a permanent exhibition programme at The Bluebird in Chelsea, whereas The Mayor Gallery is only open by appointment.

Every December this fair opens its doors for a precious few days, showcasing the newest talent from the graphic, print and illustration world. As well as selling original works and limited edition prints many exhibitors sell a huge range of homewares, books and accessories, suitable for even the leanest pocket.