Where To Go for Hip Hop Nights and Events in London 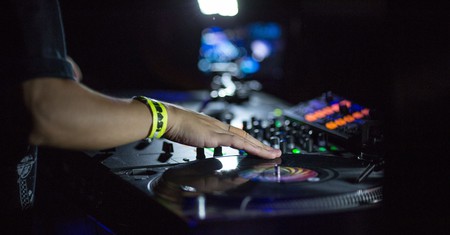 From grime, trap and rap nights to hip hop brunch and karaoke, Culture Trip has you sorted for the best hip hop events in London. 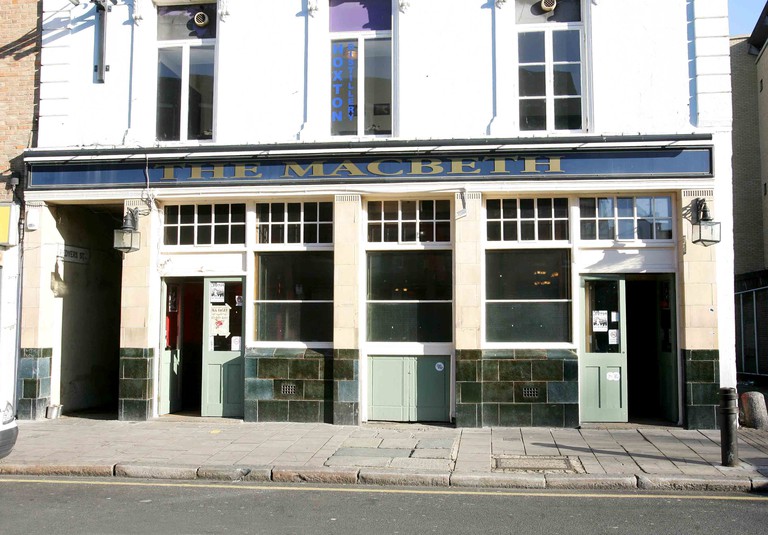 Tucked away on a residential strip of Hoxton Street is an unassuming pub that has earned a reputation for hosting some of London’s liveliest, no-holds-barred hip hop nights. The parties take place on Friday and Saturday nights and – as is typically the case at hip hop nights in London – expect classics to be served up with a side of afrobeats and dancehall.

Listen to up-and-coming talent at The Jazz Cafe

Don’t be fooled by the name. The Jazz Cafe, an iconic venue for live music in London’s music heartland, welcomes acts ranging from soul and jazz to opera and – you guessed it – hip hop. It’s here you’ll catch up-and-coming, experimental and international hip hop acts, as well as hip hop heavyweights (Kool G Rap and The Four Owls are among recent performers). 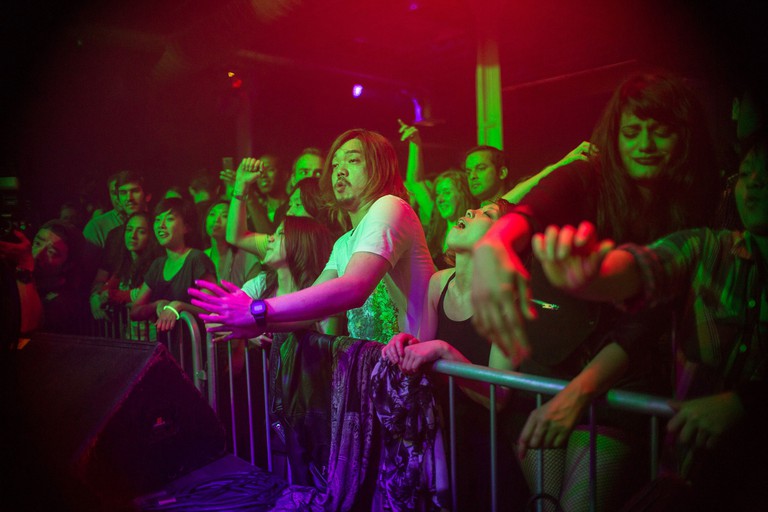 XOYO is split over two floors | © Tim Fergson/REX/Shutterstock
XOYO is a huge venue and one of London’s most popular nightclubs. On weekends, music will depend on the DJ in residence, but their student night every Thursday promises hip hop and R&B. The venue is also long time host for Re:imagine, a musical collective that takes on classic hip hop albums for captivating orchestral renditions.
Open In Google Maps
32-37 Cowper Street, London, England, EC2A 4AP, United Kingdom
+442076082878
Visit Website
Visit Facebook page
Give us feedback 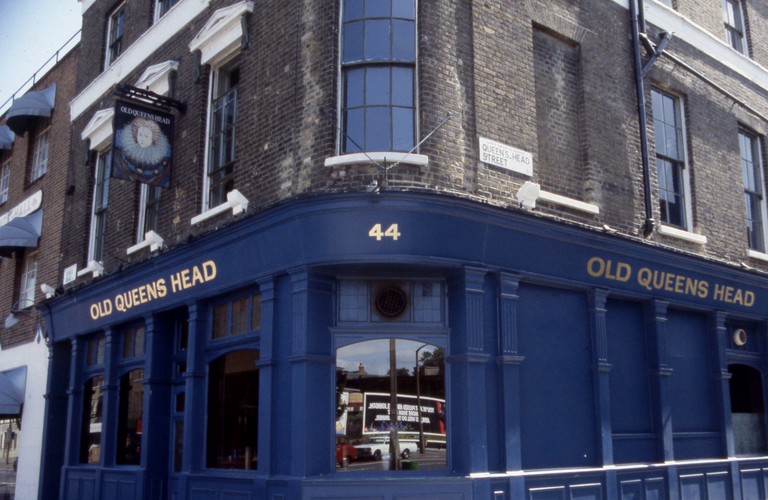 Nightclubs in central London and the West End can be overpriced and a little corny, and decent hip hop nights are few and far between this side of town. If you find yourself looking for a hip hop night in West London, Notting Hill Arts Club is your saving grace. Sitting in the heart of one of London’s most famous areas, this iconic music and arts venue flies the flag for hip hop from 10pm until 2am every Friday.
Open In Google Maps
21 Notting Hill Gate, Kensington, London, England, W11 3JQ, United Kingdom
+442074604459
Visit Website
Give us feedback 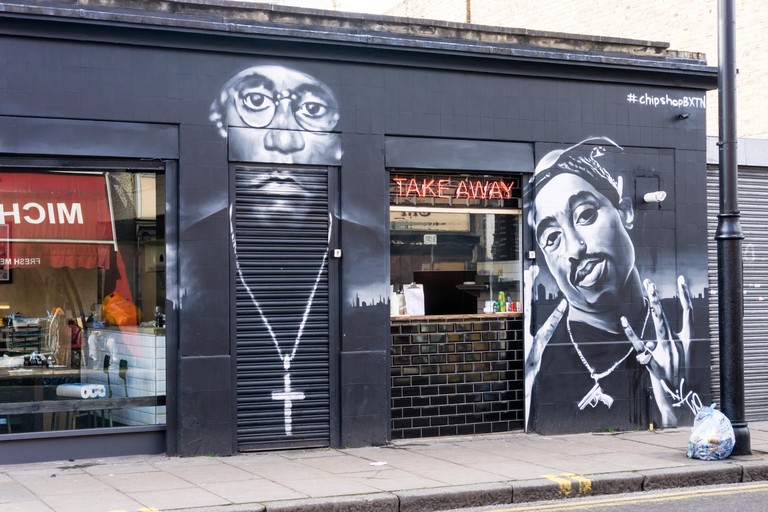 A hip hop themed fish and chip restaurant that doubles as a music venue, performance space and bar, this Brixton spot is one-of-a-kind. Whether you want to munch on Korean chicken wings while listening to a hip hop soundtrack, check out up-and-coming MCs at an open mic cypher or dance the night away to your favourite rap classics, this unique, multi-purpose venue has you covered.

Belt out the tunes at Queen of Hoxton 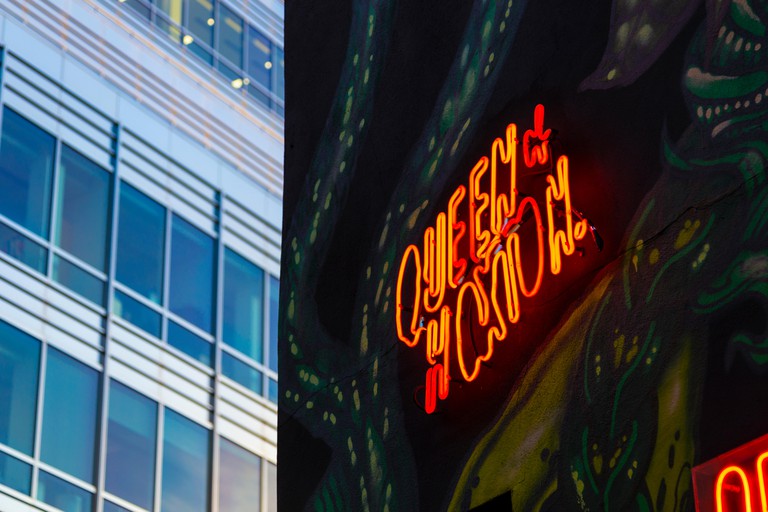 Queen of Hoxton bar and club in Shoreditch, London | © Nathaniel Noir / Alamy Stock Photo
One of the funnest events on London’s calendar, Queen of Hoxton’s weekly Hip Hop Karaoke gives rap fans the chance to take to the stage and emulate their heroes. Whether you fancy yourself as a young Dr Dre or know all the words to ‘Bodak Yellow’, there’s an extensive song list to choose from, ranging from easy to difficult. Join the fun every Thursday from 7pm.
Open In Google Maps
1 Curtain Road, Shoreditch, London, England, EC2A 3JX, United Kingdom
+442074220958
Visit Website
Give us feedback 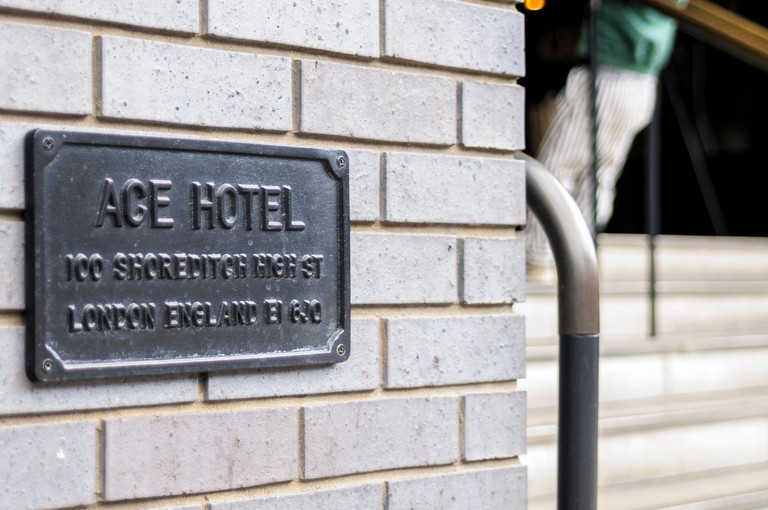 The teams behind Supa Dupa Fly and Rilla regularly take over the basement bar at this swanky Shoreditch hotel for uninhibited underground parties, spinning everything from hip hop and R&B to bashment and trap. While Supa Dupa Fly hosts the party every third Saturday of the month, Rilla’s bashes are a little more sporadic, so keep an eye on their website for the next event. 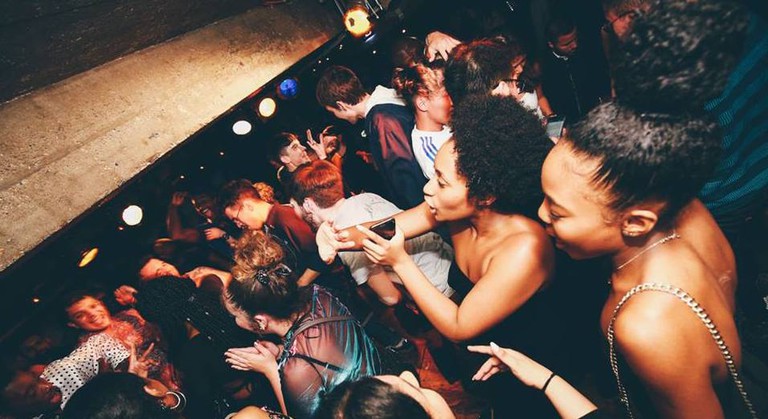 There’s something about a windowless basement bar in Shoreditch that makes for the perfect hip hop party setting. Concrete, an underground space beneath a pizza restaurant, is one of them. Laying claim to “Shoreditch’s biggest hip hop, trap, rap and grime party”, this industrial-style spot is a guaranteed good time every Friday and Saturday night. 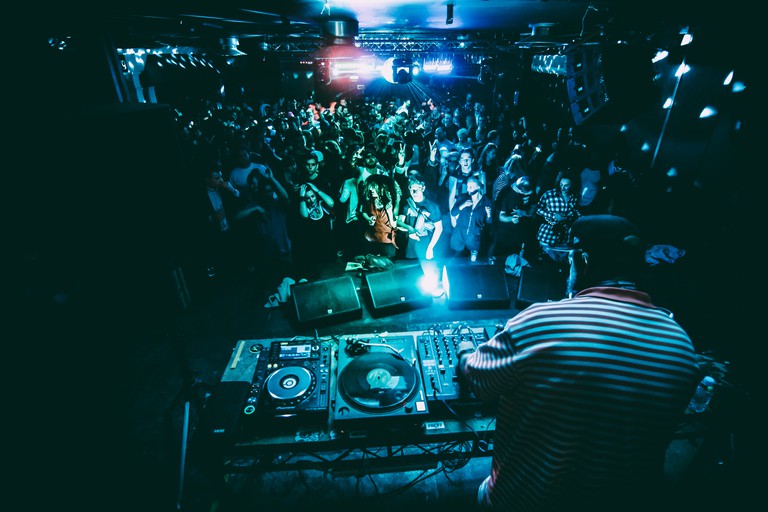 Popular South London venue Jamm is open until 4am on weekends | Courtesy of Brixton Jamm
For go-to hip hop nights in South London, look no further than Brixton Jamm. This large, independent music venue throws huge bashes in the name of hip hop, including daytime raves, barbecues and Hip Hop vs Dancehall themed parties. Open until 5am on weekends, this is one for the late crowd.
Open In Google Maps
261 Brixton Road, Vassal, London, England, SW9 6LH, United Kingdom
+442072745537
Visit Website
Give us feedback

If you’re tired of hearing the same chart hits at every bar, this new Dalston venue might be the spot for you. With club nights ranging from soulful hip hop to an all-female DJ crew, Junction House is committed to bringing something different to the nightlife scene in North East London. 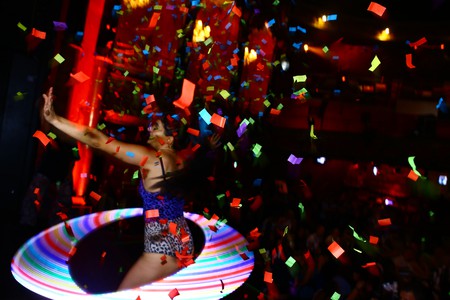 If there’s two things that London loves, it’s hip hop and brunch. It was only a matter of time before someone combined the two, and that’s exactly what the folks over at Hip Hop Brunch LDN have done. They provide a three-course meal, bottomless cocktails and hip hop karaoke every Saturday at a secret London location, and even have magicians and temporary tattoo artists. If you like your brunch loud, uninhibited and thoroughly entertaining, this daytime party is calling your name.

Secret venue of each brunch is announced on Tuesday that week.

This article is an updated version of a story created by Ruaidhrí Carroll.