What To Listen to This Month – Best New Songs of July 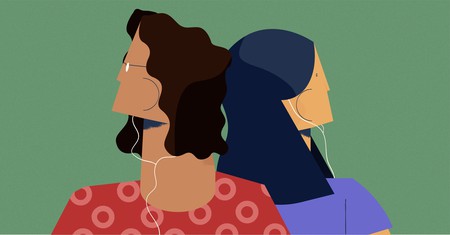 Christine and the Queens, Childish Gambino and Cigarettes After Sex make it into Culture Trip’s playlist of the best tracks to listen to this month.

Summer has arrived and not just because the heatwave has turned us all into sweaty messes.

It’s that time of year when musicians release the party anthems that will be the soundtracks to our holidays and late-night dancing sessions.

French singer Christine and the Queens’ new 1980s-influenced single ‘Doesn’t Matter’ is sure to become an indie-disco favourite with its shimmering electro beats and killer pop hooks.

The track will feature on French singer-songwriter Héloïse Letissier’s second album, which is due for release in September.

Childish Gambino’s ‘Summertime Magic’, taken from the EP Summer Pack, sees the rapper on relaxed form as he gets slushy in this feel-good track.

It comes two months after his song ‘This Is America’ stormed the charts.

Former One Directioner Zayn goes for a change in direction with his new song ‘Sour Diesel’ – a funk song with some serious swagger and a cheesy (in a good way) 1980s guitar riff.

R&B rising star RAYE sings about the need for female solidarity in ‘Friends’, a sassy pop song with Latin beats.

For something more downbeat, Cigarettes After Sex are back with ‘Sesame Syrup’, an evocative slice of dreamy pop, while London duo Still Corners offer up an atmospheric ballad in ‘The Photograph’.

Singer-songwriter Patrick Watson was inspired by Venezuelan singer Simón Diaz while he was writing his haunting new ballad ‘Melody Noir’.

Death Cab for Cutie, who celebrated their 20th anniversary last year, have released ‘I Dreamt We Spoke Again’, a wistful song about a past relationship. It’s the opening track on their upcoming new album Thank You for Today.

Mississippi singer Kate Teague’s new single ‘Good to You’, an ode to self-examination, is a breezy summer track that has a flicker of disco to it.

There’s plenty more to enjoy from our July playlist, so hit play and relax.