What Does Wartime Rationing Have to do With Vegan Baking? 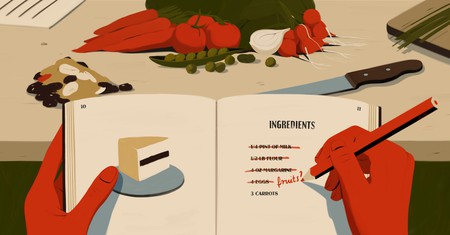 During World War I, ingredients for baking were scarce, but rather than go without teacakes completely, ingenious home cooks developed vegan hacks that are still used today.

Nut-free, dairy-free, sugar-free, calorie-free; there is no limit to the option of free-from food products in the supermarket aisles today. Dietary restrictions have become as much a matter of preference as they are a declaration of identity.

Veganism is arguably one of the most politically charged diet trends, with equal vehemence from advocates of plant-based diets, and those who fear that the vegan diet is nutrient poor. But before our Netflix suggested lists were full of gruesome documentaries that turned many a stomach against the consumption of animal products, there were times when veganism was a necessity rather than a choice.

When WWI started in 1914, there was very little food rationing, but as the conflict continued, food shortages became so severe that they demanded government intervention.

In 1917, The Win-the-War Cookery Book reminded housewives, “the British fighting-line shifts and extends; and now you are in it. The struggle is not only on land, and sea; it is in your larder, your kitchen and your dining-room. Every meal you serve is now literally, a battle.” 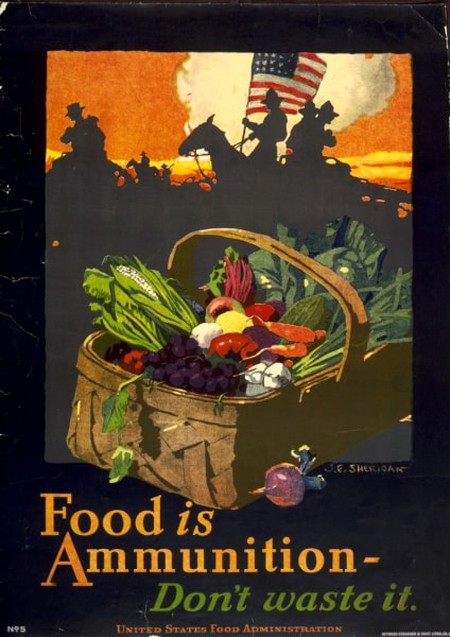 While the primary focus of Win-The-War was on reducing wheat consumption after a crop failure in 1916, it also addressed concerns about meat consumption. Official rations on dairy and meat were introduced in 1918, making it necessary for home cooks to adjust their methods.

The idea of a meat-free diet was not new. By the time WWI broke out, the renowned doctor, nutritionist and health activist John H. Kellogg had spent a significant amount of time and effort trying to popularise vegetarianism.

Even though the term vegan did not exist at the time, people were reticent to use eggs and dairy products for desserts, and instead preferred to use them to make more protein-dense meals in order to make up for the decreased availability of meat.

Instead of saving up enough rations to justify making a cake, inventive homemakers came up with vegan baking recipes without realising it. One such recipe in The People’s Friend, simply called “War Cake,” used 450g of dried fruits soaked in water to make a cake that was dense but still soft and sweet enough to serve with tea.

Eggs work as a binding agent in baking but their properties are hard to replicate, so the stickiness of the dried fruits in the 1918 War cake would have given the cake structure. In modern vegan baking, dried fruits are used in the same way, with the added benefit that their natural sweetness reduces the need to use refined sugar. 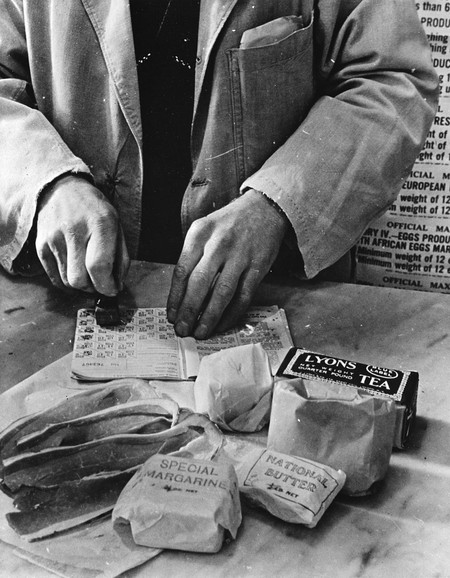 A shopkeeper cancels the coupons in a British housewife's ration book for the tea, sugar, cooking fats and bacon she is allowed for one week | © United States Office of War Information, Overseas Picture Division / Wikimedia Commons

In fact, most free-from food substitutes can trace their roots to a moment of scarcity. The aforementioned wheat crop failure in 1916 led to a need to develop bread without wheat that was unintentionally gluten-free.

During the wheat shortage, the mayor of Cologne, Konrad Adenauer, developed a bread that used corn and rice flours which he obtained from Romania. However, once Romania entered WWI against the Germans, his supply went dry and he began experimenting with soy flour. Adenauer went on to develop a meatless sausage, called the “friedenswurst”, or “peace sausage”.

After wartime rations were lifted, many people did fall back into some of their old habits, but having been introduced to a new way of cooking and eating, their diets were forever changed. According to historian Harvey Levenstein, diets of people in the US and the UK contained far more plant-based foods than they had prior to WWI.

In the last 100 years we have improved upon substitutes for meat and dairy items, but it is hard to know if they would have gotten their start without the need to improvise during wartime.