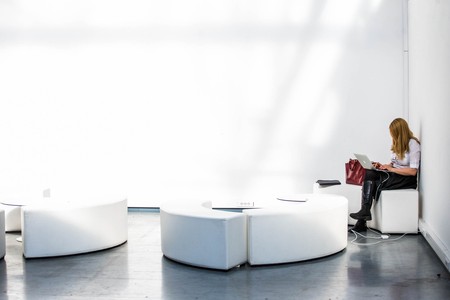 Leading companies across the UK have launched Tech She Can, a charter to increase the number of women working in technology roles in the UK.

At the moment, less than a quarter (23%) of people working in science, technology, engineering and maths (STEM) roles in the UK are female according to PwC, which led the initiative.

The charter is additionally supported by 19 organisations including the British Science Organisation, JP Morgan, TechGirls and Digital Jam.

It ‘aims to tackle the root cause of the problem at a societal level by inspiring and educating young girls and women to get into tech careers,’ according to its website.

Sheridan Ash, Women in Tech leader at PwC and founder of the Tech She Can charter, said: ‘By working together we can reach more females at an earlier stage of their lives. We need to work harder to raise awareness about the exciting range of technology roles out there, in a sector that has the power to change the world.

‘Promoting visible and relatable role models is a huge part of this, as it’s hard for girls to aspire to be something they can’t see. There are many brilliant women working in technology roles right across the UK, from creatives and designers, to coders and data scientists. Technology is open to all and we need to get that message across.’

The cross-industry initiative revealed that just 27% of UK females would consider a career in tech, compared to 62% of males, despite demand for technology skills from businesses reaching critical levels.

Less than a fifth (16%) of females say that have had technology suggested to them as a career, compared to a third (33%) of men. Just 3% of females say a career in tech is their first choice.

‘As a group we know this is an important problem to solve as technology is set to influence every aspect of our lives,’ reads the charter’s website. ‘We need to ensure that the people creating our technology solutions are representative of the population and that females have an equal opportunity to take part in the jobs of the future.’ 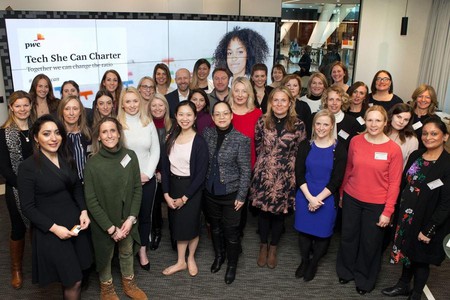 In order to generate a lasting increase in the number of girls and women pursing careers in tech, companies signed up to the Tech She Can charter will work with 9,000 schools across the UK to educate and inspire pupils and teachers about technology careers, support initiatives encouraging social mobility, celebrate and promote successful female role models, ensure inclusive access to technology training and technology roles in their own organisations, attract, recruit and retain women in tech, and share best practice across the organisations involved. 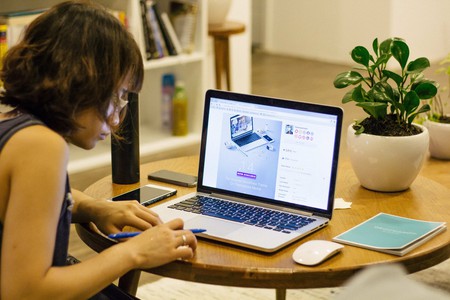 The charter follows the UK government’s Tech Talent Charter, which also focuses on increasing the gender diversity of those already working in tech roles.

For more on women in tech, read about the women’s collectives transforming London’s entrepreneurship scene.