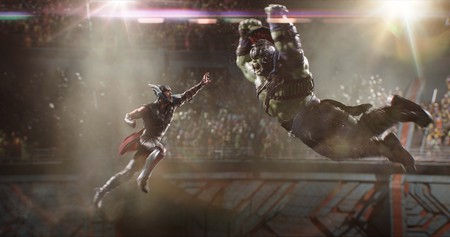 The Marvel Cinematic Universe (MCU) is a crowded playground. There are recurring villains, new characters and team-ups aplenty, so where does that leave our standalone heroes like the God of Thunder?

Thor (Chris Hemsworth) is one of the original heroes from The Avengers team that Marvel have created for the screen. The character may have a long comic book lineage, but he’s undergone a dramatic makeover for the film series, including a rather fetching haircut early in proceedings here.

Hemsworth made a superb debut as the petulant Son of Odin in Kenneth Branagh’s outstanding Thor (2011), reversing initial concerns that the mystical and magical elements of the Marvel Universe would clash with the ‘science’ of Iron Man. What Branagh managed to do was add just enough lip-service to the franchise as it was, while exploring the off-planet origins of the mythology. Asgard, Thor’s home, featured heavily and for the most part, the film played out like a grand tragedy with Odin (Anthony Hopkins) expelling his son and even favouring Thor’s adopted brother Loki (Tom Hiddleston). 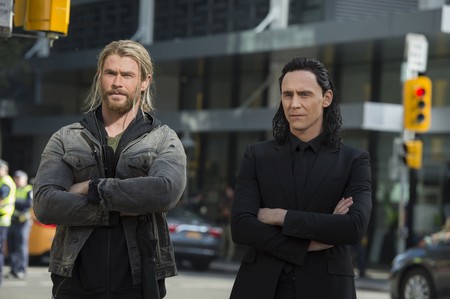 It’s worth noting these elements when watching the third film in the series, as we collectively wipe the truly dreadful Thor: The Dark World (2013) from our memories. The middle film of the franchise was a hastily put together concept and, thankfully, an anomaly.

Thor: Ragnarok is about as good as any superhero sequel gets to be. It’s amusing, enlightening, charming, quirky, slightly whimsical and Thor-some. Oh, don’t worry, those puns hammer down throughout the movie as well.

Hunt for the Wilderpeople (2016) director Taika Waititi manages to maintain the best elements of the first film while enveloping this one in his distinctive style. Given Marvel’s reputation for squashing creativity in favour of the mechanical processing of endless sequels, the very fact that this film exists is a minor miracle. Perhaps though, the fact that it is here in an apparently untouched form proves that if a film is good enough, it will get released. Who knows and who cares? The result is a fantastical and original vision that is a shot in the arm for both Marvel and Thor. 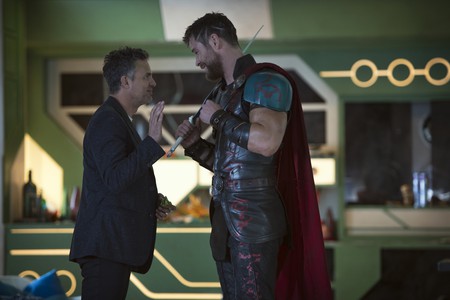 We open with an apparent piece to camera. Thor has been captured by some malevolent monster and is recounting his travails to us. Only he isn’t, he’s actually talking to the skeletal remains of some unfortunate who has also been ensnared by the evil.

The possibility, though, that the fourth wall can be broken sets the tone for what is about to follow. The laughs come thick and fast and one of the best is in the form of a surprise cameo when Thor returns home to Asgard. Once there, and having met up with his mischievous brother Loki again, the pair head to Earth to find their father, only to encounter Doctor Strange (Benedict Cumberbatch).

Soon it is revealed that Thor has a sister, Hela (Cate Blanchett), who was banished by Odin for her warmongering ways. When Thor and Loki confront Hela, they are comprehensively defeated and left stranded on a planet where they are forced into battle by The Grandmaster (Jeff Goldblum, having the time of his life). The gladiatorial nature of the match-ups are brought to a grinding halt when Thor realises he is to do battle with his ‘friend from work’, Hulk (Mark Ruffalo). 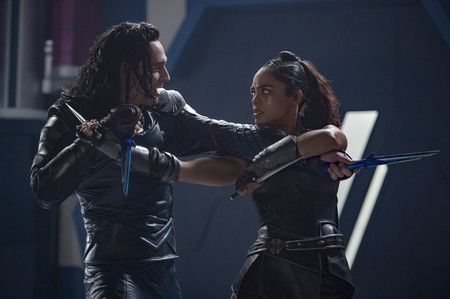 Meanwhile, Hela is intent on ruling Asgard. She enlists a duplicitous warrior (Karl Urban) to help her. Thor also looks to find help from an old Asgardian, but his efforts don’t go so well.

The film might subsequently career towards a predictable final act, but Waititi keeps throwing in his brand of humour regularly, to remind us that this isn’t just another Marvel movie, even if by the end it very much is. You won’t realise you’re watching the tried and tested formula that began way back in 2008 with Iron Man, because it is done with such panache and single-mindedness that you feel like you are (literally) in a different universe. 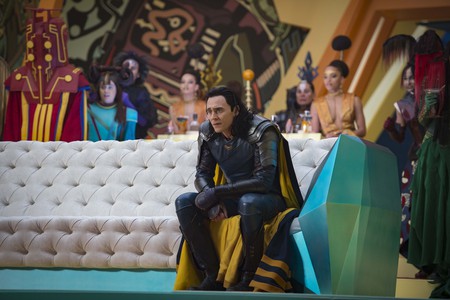 A Loki return... Tom Hiddleston as the God of Mischief | © Marvel Studios 2017

Thor: Ragnarok is better than Guardians of the Galaxy too, the other Marvel series set away from Earth. Both can claim to be passion projects within the constraints of their respective franchises, but Thor number three outflanks its rival’s two offerings.

One of its triumphs is in giving us two hugely impressive female characters. It might be a sad indictment of the genre, and Hollywood in general, but Wonder Woman aside, both Blanchett (who is having a ‘hela’ good time as the Goddess of Death) and Tessa Thompson (as warrior Valkyrie) stand out in the male-dominated arena. As villain and (possible) hero, the pair get to join in the fun, although Hemsworth ruins the effect somewhat with a cringeworthy overture towards Thompson, which involves him mentioning how Thor is actually a feminist at heart. 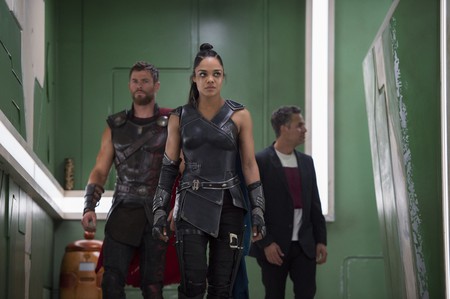 As we put a disappointing summer firmly behind us, the next few months promise more for film fans. The festival and award seasons will beckon some heavyweight fare, some of which we have seen already, but few will be as memorable, or enjoyable as Thor: Ragnarok.

If you were to write a superhero film in the post-Weinstein era from scratch, it would still look a lot like this movie. That, combined with the pure joy expressed by all involved, is about as glowing a recommendation as we can give.

Thor: Ragnarok is on general release from October 24