'They Call Me the Kant of Sandwiches': How Max Halley Became London's Sandwich King 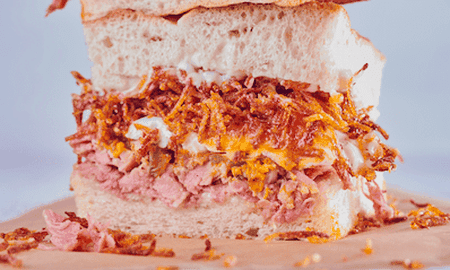 Anyone fancy a sandwich? | © Max Halley

If you’ve eaten one of the 3.5 billion sandwiches sold in Britain every year, chances are that your bread didn’t hold what Max Halley calls this “secret of delicious”, and he is sad on your behalf.

The 36-year-old eccentric, who runs London’s beloved Max’s Sandwich Shop, is mad about sandwiches. His scruffy but hugely endearing restaurant in Stroud Green follows his philosophy about the unpretentious foodstuff religiously. He’s not humble, however, about his contribution to the genre, which judging by the popularity of his new cookbook (it reached third place on Amazon’s bestseller list), he shouldn’t be.

“If you have every one of those six elements [in his mantra of ‘hot, cold, sweet, sour, crunchy, soft’] in a sandwich, it guarantees deliciousness,” he says. “I invent every sandwich by thinking about what makes a plate of food totally scrumptious, and then taking each of those tantalising components and putting it between two bits of bread. If it doesn’t fit the mantra, it won’t go on the menu. With a plate of dinner you build every mouthful as you go, occasionally adding mustard to a mouthful of meat or being extra-generous with the amount of mashed potato you use to hoover up peas. The sandwich is the opposite of that, as it delivers every single delicious element in every bite. That’s what makes my sandwiches so satisfying.”

Very philosophical. “Well, they do call me the Kant of sandwiches,” Halley says.

He’s joking, but his popularity tells a different story. In just three years Max’s has become one of London’s most reliable spots to spend an evening, packing in around 600 people a week and serving 150 on Friday nights alone. You stroll in to an exclamation of joy from Max, attempt to finish one of his brown-paper-wrapped behemoths and end the night with a round of shots poured and partaken in by the man himself. The menu is short but with zero duds, and more importantly, there’s nowhere else in the capital quite like it. 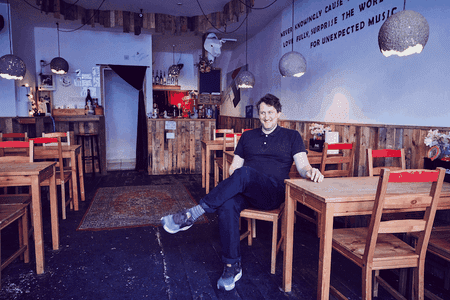 The secret to his success was only opening in the evenings, which has transformed the viewing of the sandwich as a lunch-only item. “Before I opened, I couldn’t convince anyone that you could do sandwiches for dinner. So I thought, ‘fuck it, let’s only open at night’. It means we don’t have to start the bread dough at the crack of dawn. My only proviso was that the sandwiches needed to be hot, and they needed to be big. Big is important.”

Max’s Sandwich Book contains all the favourites from the shop, such as the This Is How We Spring Roll (pickled spring rolls, ginger, coriander, parsley, mint, kimchi, sesame and black bean mayonnaise) as well as new recipes, including such delights as the Pudding Toastie (white bread, mascarpone, banana, salted caramel, Biscoff spread and pomegranate molasses) and the Hail to the King (peanut butter, streaky bacon and jalapeño slices on ciabatta). He can’t choose a favourite, saying that the question “is like a mother being asked which of her children are the most beautiful”.

Everything he sells is made from scratch, and the book has recipes for every element of his masterpieces, explaining what to do if the mayonnaise splits and how to go about roasting a lamb shoulder for seven hours. They might only be sandwiches, but they’re a labour of love.

He’s wildly enthusiastic about his bread, and exclusively uses focaccia baked on the premises (“don’t even get me started on sourdough”, he mutters). “Focaccia is the perfect bread for sandwiches, but it’s not the easiest to work with. Sometimes it takes an hour to rise, sometimes it takes four, sometimes it doesn’t rise at all. You are at the mercy of gluten and the god of yeast.” 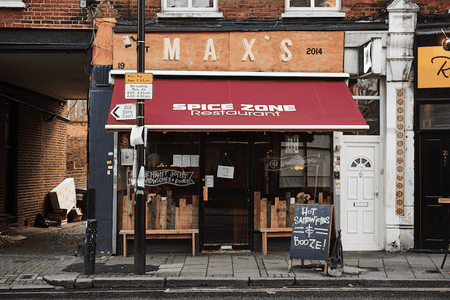 Halley came to sandwiches in a roundabout way. Born in Hammersmith and raised in Castle Cary, Somerset, he studied ancient history at University College London and started out on a career in publishing before realising he was desperate to work in food.

“I’m a bit difficult as a person, and I found the office environment constricting,” he says. “I went to work for my mate in his Hereford pub, and he taught me how to fillet fish, how to do butchery, how to make meringues. I pinged around for a few years, working in a pudding factory and a deli, and ended up being hired by Brindisa after applying for a job there when I saw their name on a chorizo packet.”

Halley then set up “what was probably Britain’s first artisan food wholesaler, but the industry wasn’t ready for it and it didn’t work out”. He moved to Salt Yard, the Spanish-Italian restaurant portfolio, where he was promoted to manager. “They wanted me and my big mouth front of house,” he says. “I worked in the industry for long enough for me to realise that restaurants are the most fun, so I picked them to work in long-term. Fundamentally I’m a show off, and this is a great way to show off.”

His personality is a big part of why his shop has flourished. It’s wood-panelled and festooned with postcards sent by customers. Idiosyncratic duck decorations perch on every available surface (“I just love ducks,” enthuses Halley, who’s in the process of plotting a duck sandwich for a future menu). “People come to Max’s just to chill with me. You can see how homely and relaxed it is by the number of people who come here to eat alone. And that’s because I’m here – a lot. For the first 18 months we were open, I was here every day. If you came in during that time, I served you your dinner and said hello. Those are the great foundations for regular trade.” 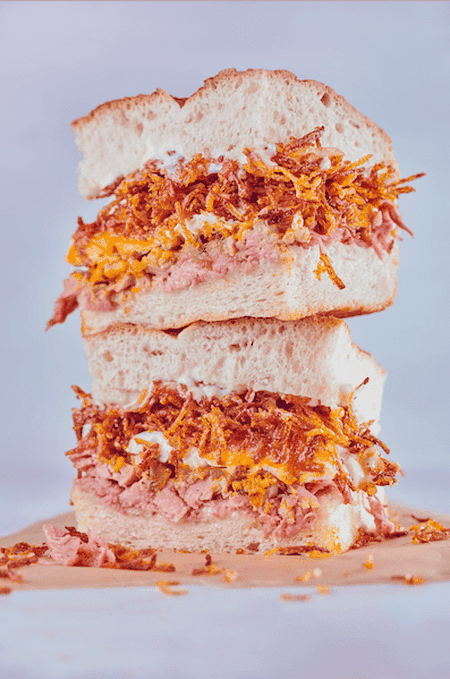 Max himself has lived in the Finsbury Park area for 18 years and has no plans to move. He draws inspiration from his location, strolling the streets in search for his next sandwich idea. “Once I found myself in the greengrocers round the corner from my flat and I realised I’d been staring at a piece of kohlrabi for 10 minutes. The greengrocer was shaking my arm asking me if I’m ok. ‘I’m fine!’ I replied. ‘I was just thinking about whether grated kohlrabi would be good in a sandwich. ’”

This is why Halley wrote his book. He’s not looking to expand his sandwich empire; he just wants everyone’s everyday lives to become a bit more vivid. “I think I’ve actually figured out something about sandwiches: by doing really easy things, like crushing up scampi fries to put on a fish finger sandwich or mixing bacon fat into mayonnaise for a BLT, you can make the sandwiches people eat every day of their lives more delicious. If I’ve figured out how to make a perfect sandwich, I want to share my knowledge with the world and bollocks to keeping it to myself. Why not brighten up your life as much as you can by slinging some bacon fat in there?”