The double-whammy of Imperium and Swiss Army Man indicates that Daniel Radcliffe has escaped the pitfalls of typecasting to become one of the best young actors around. Here, we take a look back at his best performances so far.

Almost everyone agreed that the lead performances by Radcliffe, Emma Watson, and Rupert Grint weren’t the best things about the first two Harry Potter movies, but the trio undoubtedly improved across the series. As the themes got darker, demanding more from Radcliffe in particular, so his Harry Potter began to display genuine depth and emotion. It’s easy to forget that the actor was often working against green screen special effects, having little to work with in front of the camera. Learning his craft under intense scrutiny, Radcliffe proved by the final films that he was more than capable of holding his own with acting royalty like Ralph Fiennes and Alan Rickman. 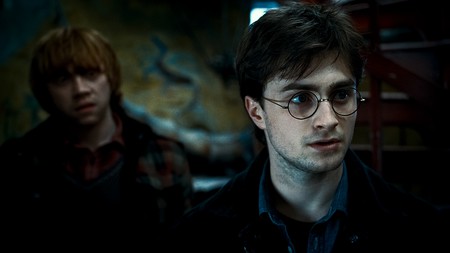 Courting controversy by insisting on appearing nude on stage (as prescribed by the play), Radcliffe stunned fans and naysayers with his uncompromising turn as 17-year-old Alan Strang at the Gielgud Theatre in the West End. The links to his ongoing work as Harry Potter were impossible to avoid as Radcliffe was still making the sequels and was partnered in Equus by Richard Griffiths (famously Harry’s mean uncle, Vernon Dursley).

Peter Shaffer’s 1973 play was based on a real-life incident: the intentional blinding of six horses by a Suffolk teenager. The plot follows an investigation by a child psychiatrist into what might have caused the attacks and delves into ritual sacrifice and unnatural sexual attraction.

Radcliffe’s run in the London show was so successful that the production was transferred to Broadway. 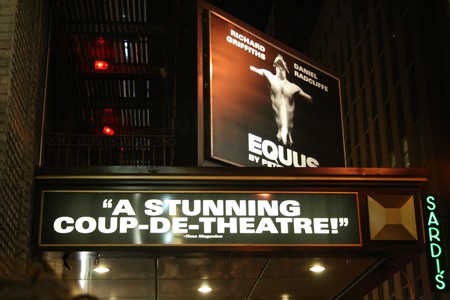 Based on a novella by Susan Hill, The Woman in Black is an old-fashioned ghost story that seemingly required an old-fashioned leading man for the film version. Fresh-faced Daniel Radcliffe, only 23 and a year removed from Harry Potter and the Deathly Hallows: Part 2, hardly fitted the bill in that regard.

Though he was initially difficult to accept as a widowed solicitor in Edwardian England, Radcliffe hurled himself into the role of Arthur Kipps, who is sent to facilitate the sale of an old house standing on a remote marsh. Things soon start going bump in the night and Kipps is drawn into a world where he is decidedly out of place. Almost without realising it, the viewer becomes embroiled in the story, thanks largely to Radcliffe’s finely judged performance.

The stage version of Hill’s book opened in London in 1989 and has become the second longest-running play in the history of the West End. 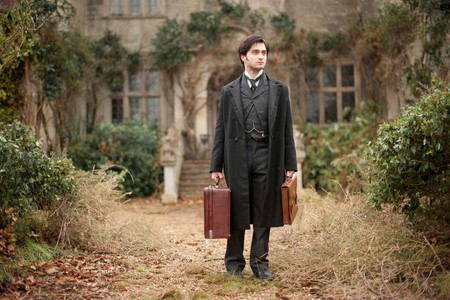 Looking the part as the beat poet Allen Ginsberg, complete with tousled hair and unfiltered cigarettes, Radcliffe shines in this underrated biographical drama.

The role allowed Radcliffe to flex his acting muscles in a way that came as a shock to many of his younger fans. Working opposite Dane DeHaan, Radcliffe was at ease with portraying a young man experiencing love for the first time.

The complicated story, the 1940s period setting, and the weight of literary expectations (Jack Kerouac and William S. are among the characters) posed no problem for Radcliffe, who by this point was getting into his stride in front of the camera. 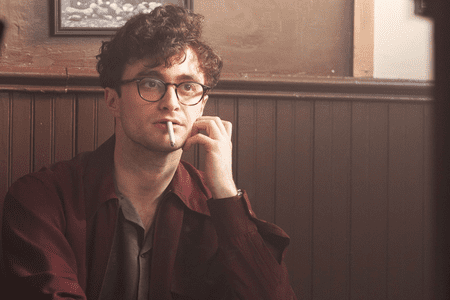 Daniel Radcliffe in Kill your Darlings | © The Works

On the face of it, turning up as a corpse in a movie about loneliness and isolation sounds like a relatively easy payday. Yet the role of Manny – a fully formed character by the end of this deliciously dark comedy’s first act – is the most physically demanding role Radcliffe has played to date. He contorts his face and body in alarmingly unnatural positions and does so while maintaining the aura of a dead body.

Opposite the brilliant Paul Dano, whose character projects his insecurities onto Manny, giving him a voice and persona Radcliffe has to articulate, the British actor turns in a sophisticated, bittersweet comic turn. Dano and Radcliffe elicit deep emotions from each other’s characters, frequently catching the viewer off guard. 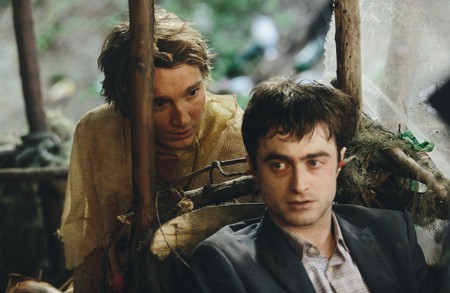 Daniel Radcliffe as Manny | © A24
Give us feedback