The History Of Primrose Hill In 1 Minute 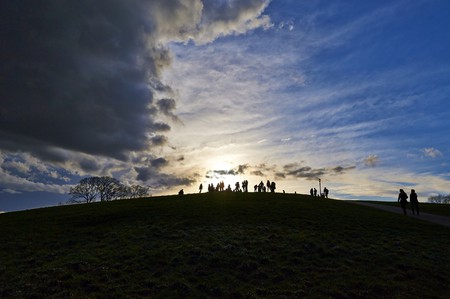 For a spectacular view like no other where you can simply sit down and enjoy a picnic or two, or fly a kite, then Primrose Hill is where you need to be. Located near Regent’s Park and the ZSL London Zoo, the only thing separating this hill from the rest of the green parks here is Prince Albert Road. But, what makes it so special?

Once appropriated by Henry VIII for the great chase, this grassy hill has always maintained a lively reputation and spectacular views across London. In 1841, the park was purchased from Eton College, before an Act of Parliament in 1842 secured the parkland as public open space. Originally, Primrose Hill was purchased to extend the available parkland to the poorer people living in North London, offering greater space for open air recreation of sorts. Over the years, duels were fought, prize-fights took place, football was played, picnics were made and kites were flown. 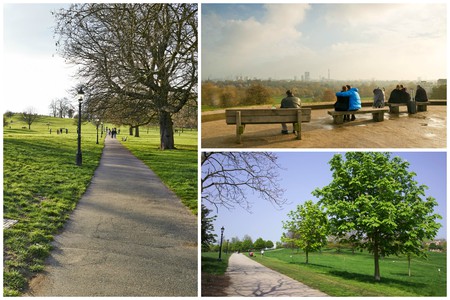 Courtesy of The Royal Parks

At almost 63 metres above the sea level, Primrose Hill is one of London’s six protected viewpoints. Encouraging an uninterrupted view of London, the management behind this protected hill has ensured trees are kept low and nothing is planted or built in close-sight. At the top of the hill, a York stone edging is placed, with a William Blake inscription, reading:

At the slope of the hill, an oak tree was planted in 1864, named ‘Shakespeare’s Tree’, marking the 300th anniversary of William Shakespeare’s birth. Large crowds of workmen came from across London to watch the planting ceremony of this tree. Despite the tree being looked after, in 1964, a replacement tree was re-planted.

Today, you will find many tourists and locals alike, all enjoying the incredible views of London, whilst playing one of their many pastimes over a picnic.