London’s borough of Hackney can consider itself extremely fortunate to have Spanish street artist Gonzalo Borondo as resident. Borondo, as he is better known, is earning a reputation on the global stage for his giant murals and innovative approach to street art. It seems every week a new city is blessed with an original piece. We take a look at this street artist. 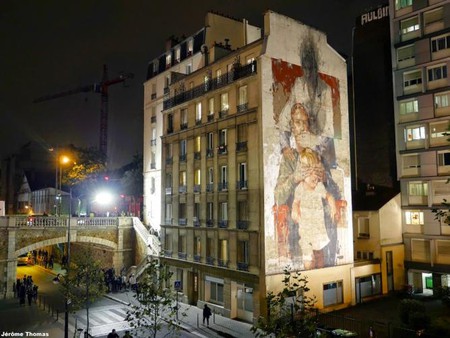 ‘It is really important for a street artist to be part of the context, to be able to adapt,’ says Borondo of the inspiring abundance of physical space within a cityscape. ‘I focus on the public space, I feel the environment, I am always looking at reality. It is there, outside, not here on the canvas or in the gallery, it is outside’. 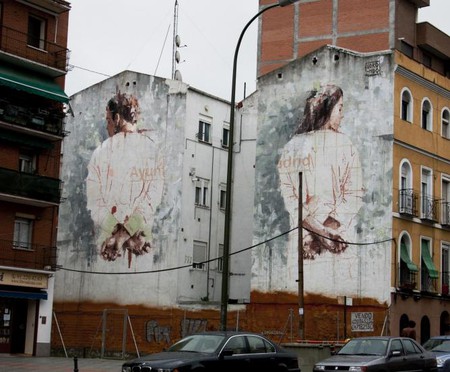 The sheer size of the artwork grabs you straightaway. It’s as if some giant visionary has left an artistic impression behind in each city. Borondo’s murals invite the viewer to appreciate it from every angle and height. On a recent trip to Life is Beautiful festival in Las Vegas, Borondo questioned standpoint by painting over two faces of a car park corner. 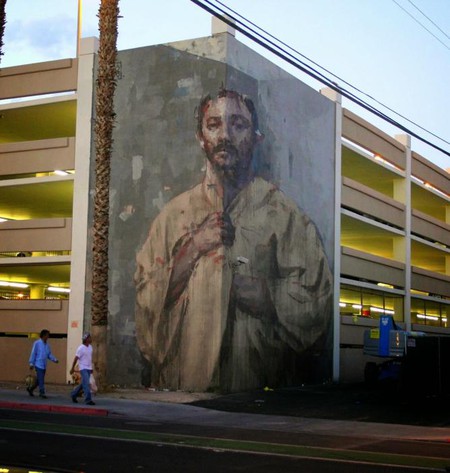 Watching these paintings manifest is a process to behold. What starts life as handheld sketches, quickly transform into multi-storey murals. Each expressive stroke is so great that the artist resembles a creative force willing its consciousness into the paint. Borondo’s truth laden aesthetic takes it influence from the great Spanish master, Francisco Goya. Like Goya, Borondo emphasizes meaning behind the art. His use of hay to canvas portraits of farmworkers long forgotten has reimagined their importance on the toils of their labor (Cotignola, Italy, 2013). Using corners once again, the viewer steps back to fully recognize its place in the natural environment. 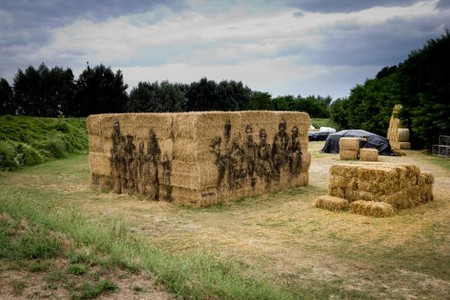 The human figure is Borondo’s main form of expression, using their bodily positions to signify his message. Bodies are covered up in naked disgrace (SHAME, Athens, 2013); limbs are entangled in uncertainty (Triade, London, 2014); eyes are blindfolded or made to look the other way (Ophelia, London; The Three Generations, Paris, 2014). Repression of emotion and reality is explored throughout this body of work. His murals seek to overwhelm the repressive power of advertisements by consuming their physical space. A reclamation of our relativity to the environment we inhibit is duly achieved by simply stopping and appreciating the repressed figures. 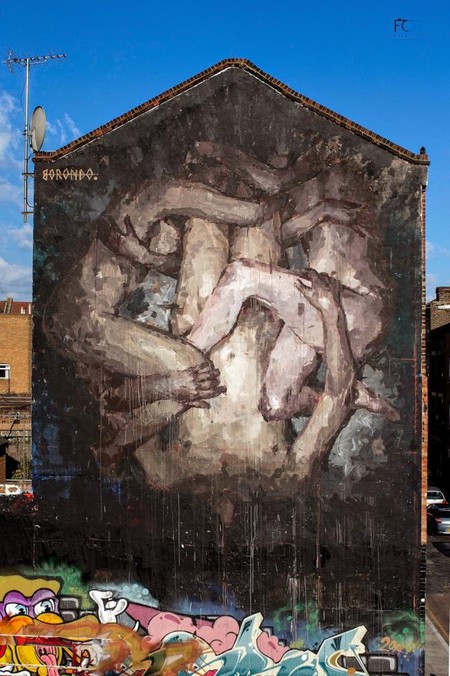 In conversation with James Buxton, Borondo explains his inspiration for the Narcissus taking shape in the relative solace found beneath a Hackney flyover, ‘Here in London for me, the canals, the water, the river, the rain, all the time I am thinking about the reflections on the floor and one day I see the reflection’. An upside down portrait of a young man takes form as the water settles, reflecting an image trapped in its murky grey frame. Its ability to mesmerize cleverly echoes Narcissus’ tragic fate, lost in sight of himself. This mythology has never been so redolent in a society losing its grasp on reality, as self-image is progressively distorted. 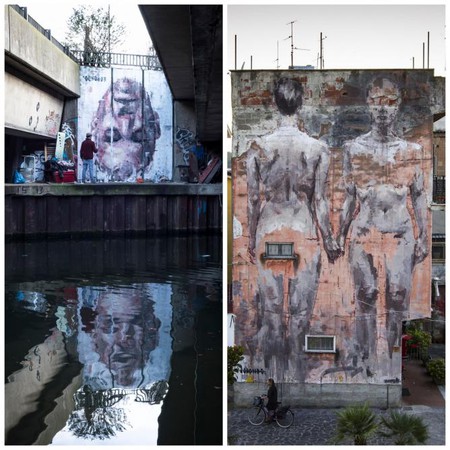 Borondo has reinvented glass as a creative outlet for his famous scratching technique. White paint is scraped and scratched from inside neglected windows to reveal haunting semblances of humanity (SHAME, Athens, 2013). It is an ingenious and poetic transformation of buildings that were once symbols of economic decline. 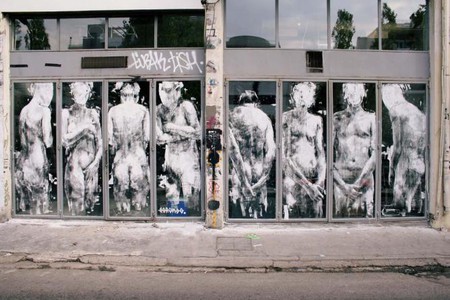 In a recent installation in Norway, Borondo created a bewildering exploration of light and shadow using the scratching technique. Where the viewer could see a skull or a woman’s body, its shadow would reflect a man’s face or an intricate circulatory system (Tou Scene, NuArt, Stavanger, Norway). Challenging perception and perspective has come to define Borondo’s work. A characteristic that will mark his rise in international appreciation. 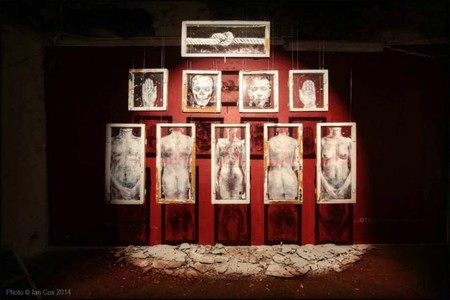 Borondo is a part of a community of street artists sanctioned around the world, from Las Vegas, Sapri in Italy to Stavanger in Norway. Such global breadth of these street art festivals displays an international audience eager for creativity and innovation. While some have criticized the loss of graffitti’s non-conformity and rebellious heart, Borondo and his collaborators bring unforgettable experiences to the masses, without limitation or exclusivity. 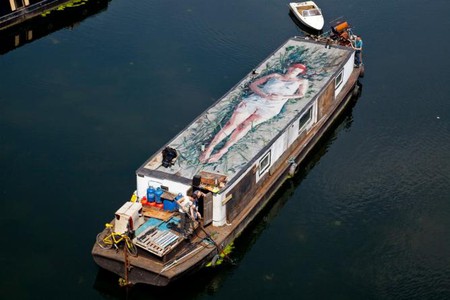 Thanks to James Buxton for letting us use extracts from Memento Mori, a book released at the opening of Borondo’s solo show ‘Animal’ in London.