The Rise of Bare-Knuckle Boxing in London 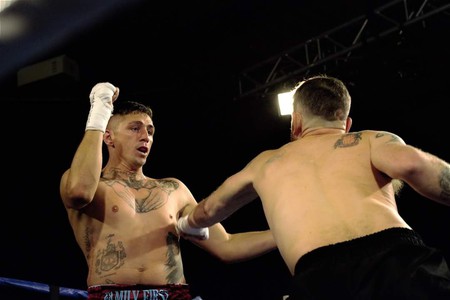 Despite being centuries old, bare-knuckle boxing has fallen out of favour, remaining in the huge shadow of its gloved alternative. There is, however, a renaissance underway and a select number of fighters championing the sport.

Last July the O2 in London hosted an event put on by BKB (Bare Knuckle Boxing), which drew in a crowd of over 2,000, the first of its kind. While hardly the box-office figures of it’s gloved alternative, it is a significant step in the direction of mainstream consciousness.

The fights are organised and promoted by BKB (Bare Knuckle Boxing), a company run by Jim Freeman and Joe Brown that is the only licensed company promoting the sport. What BKB are trying to achieve is a shift in the sport’s image. According to Freeman: ‘We want to get away from this idea that bare-knuckle boxing is travellers scrapping in car parks – it’s about being taken seriously.’ 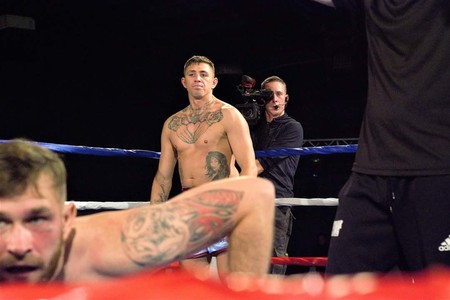 The British Boxing Board of Control (BBBC) have kept their distance regarding bare-knuckle boxing, partly due to its perception as boxing’s seedier little brother, but they also have absolutely no obligation to do so. The BBBC have their own sport to take care of, why concern themselves with something else? No matter how closely related it is. Boxing’s bureaucracy is confusing enough, with four or five versions of a world champion for every weight category providing plenty of squabbling in house.

Another factor is safety. The argument about which is safer, boxing with gloves or boxing without, comes down to frequency. A single punch, with no glove, will cause more damage – to the attacker’s hand, as well as the defender’s head – compared to the same punch with a glove on. Yet, for that very same reason, bare-knuckle fighters throw far less punches, because the reward (of landing a clean punch) must be factored with the higher risk (damaging your own hand or being hit yourself). Bare-knuckle boxing, without the repetitive and relentless thud of gloved punches hitting the head, features less trauma.

Bare-knuckle boxer Liam Cullen explains: ‘If you think about boxing, they take more blows because it’s 12 rounds aiming for the head. It’s the same with MMA (Mixed Martial Arts) – when it first came out people said it was too dangerous. Now the thinking is it doesn’t take as much trauma because it’s less rounds. A bare-knuckle fight is never going to last 12 rounds, it’s usually one or two, so you’re actually experiencing less trauma overall. Career wise, in bare knuckle, your shelf life is pretty short. You may not experience as much trauma, but you get more cuts and breaks to your hands. Cuts take longer to heal so you can’t fight as much as you like. The risk is exciting, but the recovery is longer from each fight.’

The sport’s image is a balancing act. The scrappy, ‘traveller’ aspect that Freeman highlights is what puts some fans off, but it is also what attracts others. Cullen agrees with Freeman, pointing to BKB’s rivals: ‘They like the old image and enjoy the rough, tough aspect to it. They see that as the sport’s unique selling point, but that will never convert people’s way of thinking or help it reach the mainstream.’ 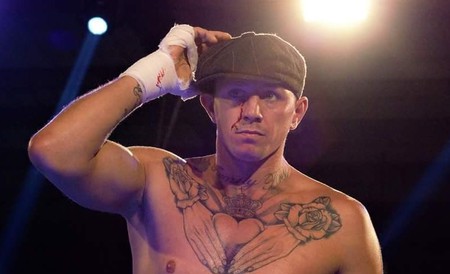 Cullen, a 31-year-old scaffolder by trade, can be found in the Peacock Gym in Canning Town, East London, training for his next fight. It’s an old-school community gym founded officially in 1978, and a key part of East London’s boxing community. Boxers that have trained or sparred there reads like a who’s who of boxing royalty: the Klitschko brothers, Floyd Mayweather, Marco Antonio Barrera, Lennox Lewis, Chris Eubank and Naseem Hamed, as well as trainers of the calibre of Freddie Roach and Angelo Dundee. Among the fighters who train the Peacock today, Cullen has been there for eight years and is the only bare-knuckle boxer.

From speaking to Cullen, everything suggests he’s a natural fighter. ‘I’ve been boxing since the age of seven,’ he says. ‘I’ve done kick boxing, thai boxing and MMA, and when I spent a few years out of the fight game got into bare-knuckle boxing when I came back.’

Cullen is acutely aware of the risks involved, but it’s clear that those same risks are what draw him in: ‘It’s new and it’s exciting. It’s dangerous, but the fact that one punch can change everything is definitely the appeal. I fell out of love with MMA a bit because the results felt a bit like a lottery, with bare knuckle there’s rarely any doubt.’ 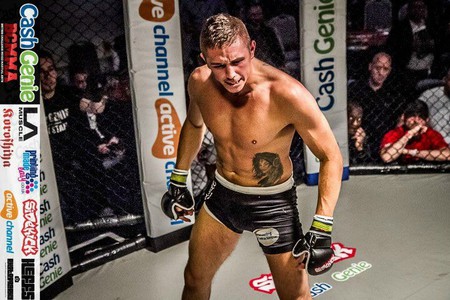 There was certainly little doubt in his last fight. Cullen won by knock out in under 90 seconds. His next fight will be at the O2 in January 2018, where he will be up against Shaun George, who contested for a world title at the last bare-knuckle event held at the O2. Cullen and George will compete for the world lightweight (76 kg) title yet, despite the the title’s significance, the monetary rewards are relatively tiny. Cullen will earn between £1,000 and £2,000 for taking his next fight, plus a percentage of the ticket sales. Hence the reason Cullen must continue his day job.

‘I think you have to be certain type of person to do it,’ the fighter says. ‘You have to be a little bit crazy, I wouldn’t like to see my kids do it but if they had talent then who am I to stop them? Scaffolders are all a bit off their head. I’ve been doing it for so long it comes a part of who you are and what you’re about. I’ve got good support.

‘After this fight I’ll be straight back into work on the Monday. You could catch a guy badly and your hand is gone. It’s crazy but I love it. I’ve signed a contract for two years and after that I’ll reassess. In that contract I can have up to six fights a year and am allowed to carry to compete in other combat sports, as long as it’s not with a rival promoter or show. I still like to mix it up a bit.’

Cullen, and Freeman more importantly, are confident that bare-knuckle boxing can shake off the stereotypes surrounding the sport. Freeman attracts fighters from all over the globe for his events, with the United States and Eastern Europe (particularly Romania) proving to be decent talent pools. Both point to the sport’s 18th- and 19th-century image, as a contest between gentlemen, as a potential marketing stance. 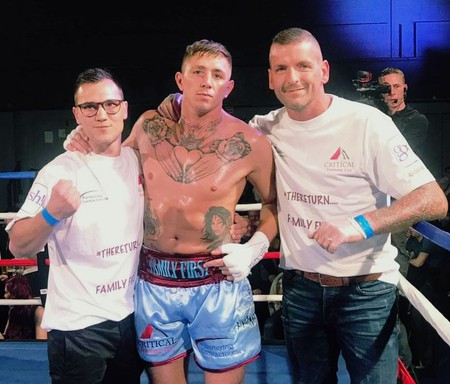 The pro boxers that Cullen train among look down their noses somewhat, believing – according to Cullen – that ‘the bare knuckle aspect takes away the sporting aspect.’ He argues quite the opposite: ‘In bare knuckle the distance from your opponent is further, you can stand closer with gloves when you’re defending. I can’t stand in the pocket nearly as long because the risk is so high. It makes bare knuckle like a game of chess, with two fighters plotting moves to strike. Everything has to be times exactly right or you’ll be knocked out instantly.’

The arguments over safety will continue, just like whether wearing pads and helmets in American football has made the sport safer or more dangerous. Certainly the lack of boxing gloves in bare knuckle (they do still wear strapping across their hands) makes the sport seem more raw, even visceral, to the viewer. The competition to prove one’s masculinity and strength associated with all combat sports is as obvious in bare knuckle as in glove boxing, if not more so, but there are so many factors that need to align before the sport can grow. Huge amounts of funding, carefully laid out business models, endless promotion and bonafide superstar characters are all integral. That said, MMA is proof that, with those factors in place, there is space in the international arena for any sport deemed exciting and entertaining enough. The caveat to that, however, is whether it offers enough of an alternative. MMA combines a variety of disciplines, giving it a unique selling point. The lack of gloves may not be enough for bare-knuckle boxing to do the same.

The sport may be moving in the right direction, but they are just baby steps – it has a long way to go. London appears to be leading the way, particularly with events held at venues such as the O2, but the status and financial rewards make next-to-no difference for people like Cullen – ‘I’m all about the fight,’ he says.