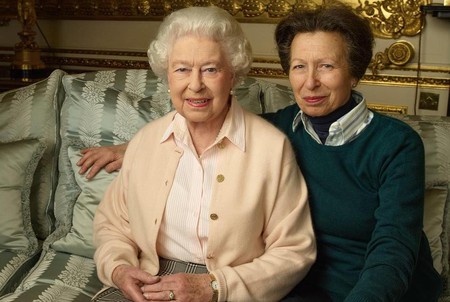 Her Majesty Queen Elizabeth II will become the first British Monarch to celebrate a Sapphire Jubilee on Monday.

On February 6 – the anniversary of the day she ascended the throne – Queen Elizabeth II will have reigned for 65 years. However, no grand festivities have been planned to mark the head of state’s historic milestone. In fact, at the moment, the Queen herself doesn’t even have any official engagements on the landmark day.

So why the lack of enthusiasm for the occasion? According to some royal experts, it is likely that any large-scale jubilee celebrations will be reserved for Her Majesty’s Platinum Jubilee in 2022 – let’s just hope she doesn’t have to endure the rain or that massive royal barge again.

The sovereign, who missed church over the Christmas period due to a ‘very heavy cold’, probably isn’t even that thrilled about the occasion. In 2015, she thanked the entire nation after overtaking Queen Victoria and becoming the longest sovereign in British history, but admitted that the royal record was ‘not one to which I have ever aspired’.

‘Inevitably, a long life can pass by many milestones. My own is no exception,’ she continued. How very blunt.

Accession day is often a sad day for the Queen as it marks the day her father, George VI, died. She often spends the day at Sandringham and returns to Buckingham Palace a few days later.

If you’re one of those people disappointed by the lack of festivities, you’ll be pleased to know that royal gun salutes will be staged in London on February 6, as per tradition.

There will also be a 41-gun salute fired by the King’s Troop Royal Horse Artillery in Green Park at noon, as well as a 62-gun salute lead by the Honourable Artillery Company at the Tower of London at 1pm – oh and there will be lots of music too.

Want more royal news? Prince William and Prince Harry have just commissioned a statue of their mother, Diana, Princess of Wales, in London!