The Must-See Art At Frieze London 2016

Every October, over 60,000 visitors – including artists, collectors, curators, students, art aficionados, and novices alike – flock to Regent’s Park for their annual Frieze art fair fix. But with so much to see under two ginormous tents, where do you start? To deter FOMO and aid your experience, whether as a first timer or a returning Frieze devotee, here is our guide to the must-see art at Frieze London this year. 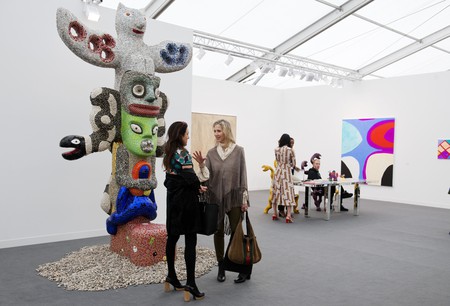 Taking It back To The 90s

Over the years, Frieze London has broadened its showcasing remit. Starting predominantly with established international galleries, soon, sections like Frame and Focus – which give young galleries the chance to present specially curated stands – were brought into the fold. This year sees the addition of The Nineties, where 11 galleries revisit influential exhibitions from – yes you guessed it – the 90s. Some of the galleries are new to the fair and others no longer exist. In recreating pinnacle moments from recent art history, the section highlights significant collaborations between galleries and artists and allows visitors to experience these shows firsthand. From Wolfgang Tillmans‘ first exhibition of photographs with Daniel Buchholz’s gallery in 1993 to Karen Kilimnik’s 1992 installation of a miniature English country garden titled Fountain of Youth (cleanliness is next to godliness), the 90s are back in vogue. 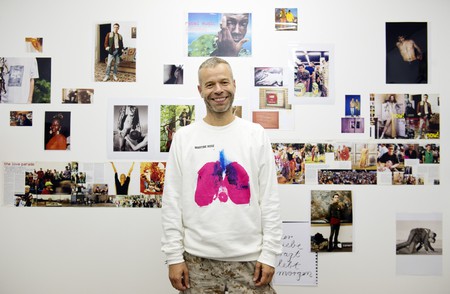 Hauser & Wirth always playfully experiment with their gallery stands at both Frieze London and Frieze Masters, and this year is no exception. ‘L’atelier d’artistes’ at Frieze London takes ‘a tongue-in-cheek’ look at how museums recreate artist studios. Presented within the faux studio setting of a fabricated artist are works by the likes of Paul McCarthy, Djordje Ozbolt, Phyllida Barlow, and Pipilotti Rist. As there are no artwork labels, the fun is guessing which artist made which work. 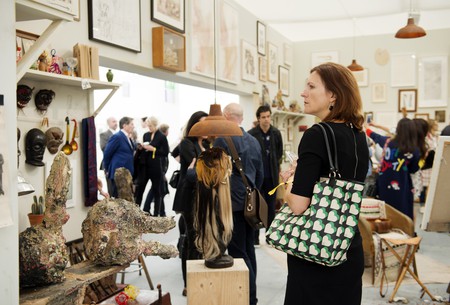 Providing a platform for performance and participatory art projects, the Live section adds another dimension to the art fair experience. This year a selection of groundbreaking and newly-commissioned works will be presented. Brazilian artist Martha Araújo invites visitors to get introspective, Mahmoud Khaled considers censorship with his silver hot-pant-clad performer, and deaf Berlin-based artist Christine Sun Kim challenges fields of perception and the materiality of sound. 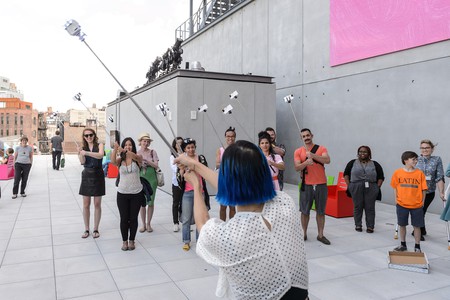 For the second year, the Sculpture Park will remain open beyond the four-day fair until 10 January 2017. And as it’s free, you can enjoy 20 sculptural works by 20th century greats including Jean Dubuffet, Eduardo Paolozzi, and Lynn Chadwick, as well as emerging artists at your leisure over the next three months. So whatever the weather, make sure you don’t miss Claes Oldenburg’s Fagend Study that subverts a discarded crumpled cigarette butt into a giant lead, steel, and polyurethane sculpture. 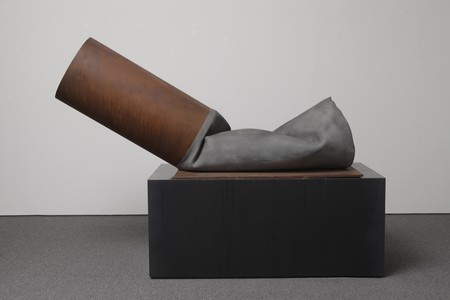 Art Doesn’t Have To Cost An Arm And A Leg

Just because the majority of art at Frieze London and Frieze Masters demands a high price tag – like an Anish Kapoor sculpture at £3.5 million and an Archaic Cretan bronze helmet at £5 million – doesn’t mean that you can’t walk away with something affordable. In previous years, Jake and Dinos Chapman graffitied on visitors bank notes for free and Gavin Brown Enterprises held a garage sale curated by Rob Pruitt with works starting at £10. Again this year, Allied Editions are back at Frieze London offering artist editions from as little as £40. Organised by seven important London institutions including Camden Arts Centre, Chisenhale Gallery, South London Gallery, Studio Voltaire and Whitechapel Gallery, works range from prints to sculptures by artists like Betty Woodman, Cornelia Parker, Peter Wächtler, Ella Kruglyanskaya, as well as this year’s Frieze Artist Award winner, Yuri Pattison. 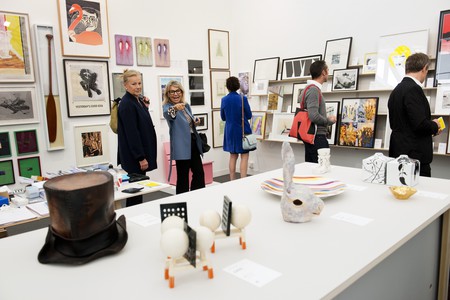 Without fail, there are always stand-outs at the fair. Aside from Hauser & Wirth’s offering, this year does not disappoint. People have gone Instagram crazy for Portia Munson’s Pink Project at New York gallery PPOW’s stand. But if you really want to get inside the art, then head up to Seventeen Gallery in the Focus section. There, Canadian artist Jon Rafman presents a new work where you’ll be immersed into a virtual world via a pair of oculus rift goggles whilst perched on top of a snake. It’s got to be experienced to be believed. 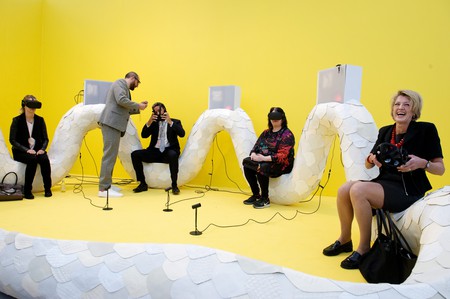 Frieze London is on until 9 October 2016 in Regent’s Park, London.

Want to read more about Frieze? Here are the art fairs to see in London in October and our review of Frieze London and Masters 2017.