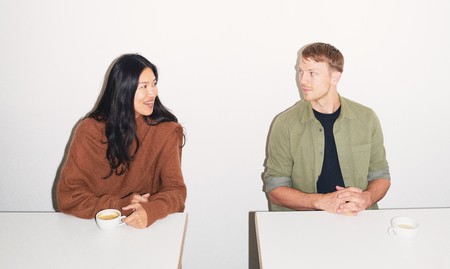 What makes a city special? For this creative couple, it’s London’s spirit of openness and collaboration that has made the capital feel like home. It’s also what has inspired their own passion project: bringing authentic Korean home cooking to the masses. Here, they share their recommendations for what to see, do and, of course, eat in the city.

Nothing bridges distances like food. It’s why, 463 kilometres from chef Jordan Bourke’s birthplace in Dublin and 8,850 kilometres away from that of fashion designer Rejina Pyo, in Seoul, the couple have forged what they call “Our Korean Kitchen”: their creative collaboration, which gave rise to a cookbook of the same name. “It’s hard to come by really nice, home-cooked Korean food in London, so we had to make our own to get the real thing,” says Pyo.

What started as an effort to recreate the flavours of home and introduce London to what the couple considered to be authentic Korean cuisine through supper clubs and pop-ups quickly became the basis of the cookbook, which they published in 2015. Dotted with images of the couple cooking and eating at home, the book has an air of cosy domesticity, with enticing recipes and complex flavours presented in an informal, unpretentious manner. 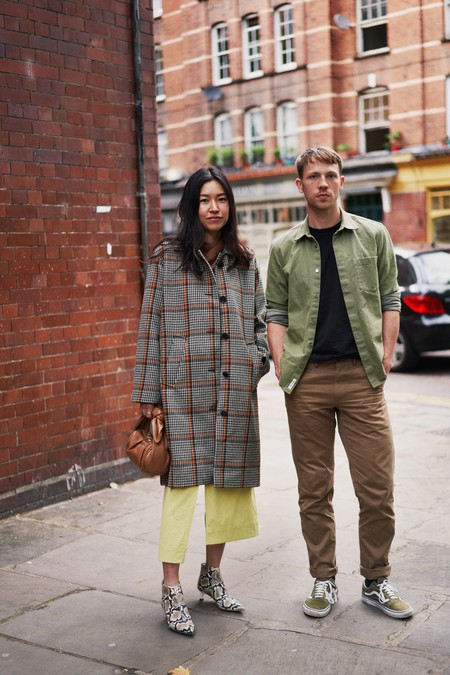 The trendy couple have made London their home, and their source of creative inspiration | © Benjamin McMahon / Culture Trip

That doesn’t mean the recipes have been simplified. “We were mindful not to adapt them too much to suit a Western palate, as we felt we’d be doing the food of Korea a disservice,” Bourke says. “We felt a responsibility to showcase authentic, traditional recipes.”

When they met 11 years ago, Bourke – who has written several solo cookbooks – had little knowledge of Korean food. He and Pyo were both students at the time. He was studying film at the London College of Communication, having trained at the Ballymaloe Cookery School in Ireland then worked at the prestigious Petersham Nurseries Café in London’s leafy Richmond. Pyo doesn’t have a culinary background: she graduated from Central Saint Martins in 2011, then worked for labels such as Roksanda and Raeburn before setting up her own eponymous label – now a much-coveted brand of chic statement womenswear for the everyday. As the couple’s relationship developed, Bourke got to know the food that Pyo had grown up with, and it evolved into a shared passion. “I couldn’t understand how a food and culture this wonderful could have remained relatively unknown to the rest of the world,” he comments in the introduction to Our Korean Kitchen.

The couple did not immediately fall in love with London. It took a move from a small flat on Essex Road in Islington to their current home near Alexandra Palace in North London and the birth of their son to truly feel at home. Today, they credit the city in part with the way their careers have panned out. “I would like to think we would be able to work in a similar way no matter where we are, but I do feel London has been the perfect incubator for our respective and collective pursuits,” says Bourke.

Pyo echoes this. “I think the pace of the city and the balance between work and life suits us. I have been impressed by how open people have been, with a desire to collaborate not always motivated purely by financial gain, but by the process and what can be achieved together.”

This openness meant it was the ideal place to launch their supper clubs, which they say were always sold out. “The stories and interesting food facts that the guests brought to the table [were] wonderful,” Bourke says. “I was always learning from diners.”

The landscape of Korean food in London has developed by leaps and bounds since 2015, diversifying to include more regional dishes and family favourites passed down through generations. “It’s not just Korean or Chinese now: it’s a specific Korean noodle-soup restaurant or regional Sichuanese restaurant,” he says.

Over time, the couple’s dreams have also grown. “We would love to create a little Rejina Pyo/Jordan Bourke world in the form of a shop and restaurant,” Bourke says. “Watch this space!”

“It’s such a joy visiting Alex Eagle’s studio. It’s like the dream aspirational home, with everything from furniture and art to books, ceramics and clothes, all casually laid out together. There is always something unique and special to find there.” RP 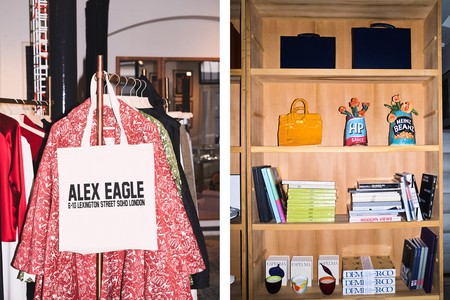 “It is hard to beat Broadway Market on a Saturday, stopping off in Artwords Bookshop for a browse, grabbing a bite to eat at the endless food stalls and all the glorious people-watching. We always bump into friends there too, which doesn’t often happen in London.” JB

“We love the fact that Crouch End is a bit cut off from the rest of London as there is no Underground or train station here, so it has a uniquely villagey vibe, with a good selection of independent shops, cafés and restaurants. It’s also a short walk from Alexandra Palace, so we usually combine the two, and all the restaurants are child friendly, which is essential for us now.” RP 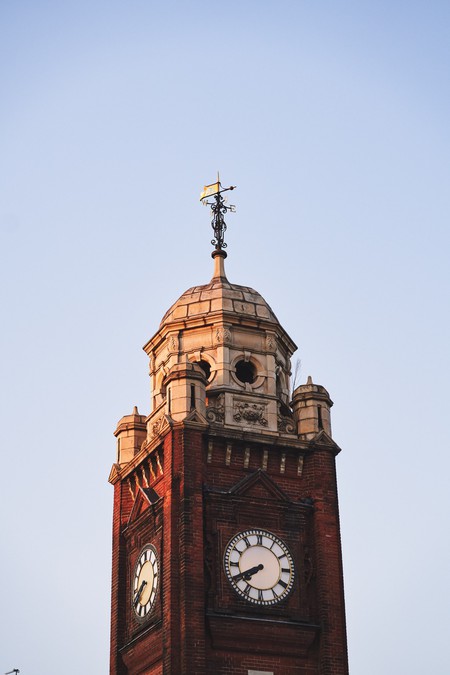 “We are in the throes of renovating our house – a totally overwhelming project when you have to try and fit it in around your real job – but there are some shops that make it a lot easier, and LASSCO is one of them. Specialising in architectural antiques, salvage and curiosities, there is always an element of the unexpected, and every piece has a history and a story to tell.” JB

“The best time to come to Esters is a weekday brunch/lunch: avoiding the weekend queues of hipsters, you can enjoy the excellent coffee, eclectic dishes and homey atmosphere. They also do some of the best mince pies in England at Christmastime – one of the only food items we will happily queue for in the city. That and the eccles cakes from St. JOHN Bakery.” JB 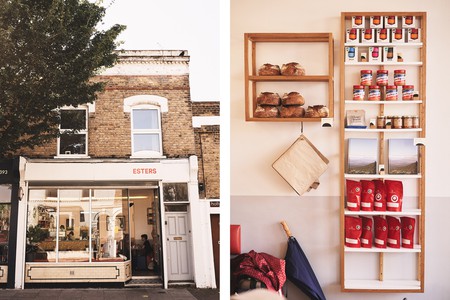 “Across the road from its sister restaurant, the equally delightful Bocca di Lupo, Gelupo is simply the best Italian gelateria in London, but with a twist. Interesting British ingredients and flavour combinations, great design and a very generous try-before-you-buy ethos. We have been known to have our entire dinner at Gelupo: a starter, main and dessert all consisting of ice creams, sorbets and granitas.” JB 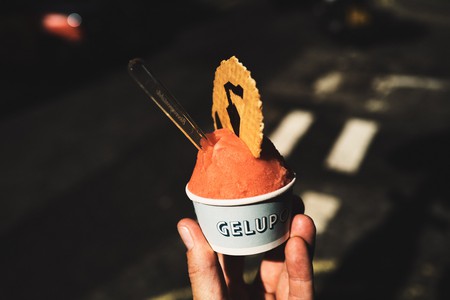 “Cocooned inside the garden walls of an old Victorian school, Rochelle Canteen is the perfect quiet escape from the hubbub of the East End. The food is unfussy British grub at its best. We love the canteen-style communal tables and effortless charm of the place.” JB

“If you are looking for a bland Chinese-style joint, don’t bother coming to Xi’an Impression; there isn’t a kung pao chicken dish to be seen on the menu, which is why we love it. Instead, authentic Xianese hand-pulled noodles, rou jia mo burgers [chopped meat inside a pitta-like bun] and stir-fried ginger chicken vie for attention – you’ll want to order them all anyway.” RP 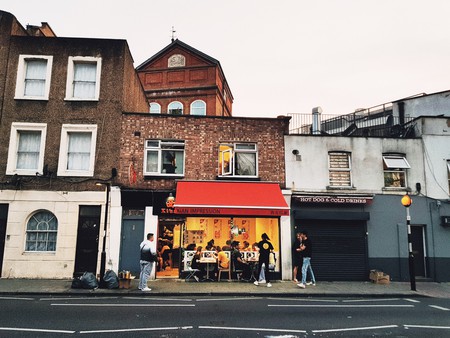