The History Of The ArcelorMittal Orbit In 1 Minute 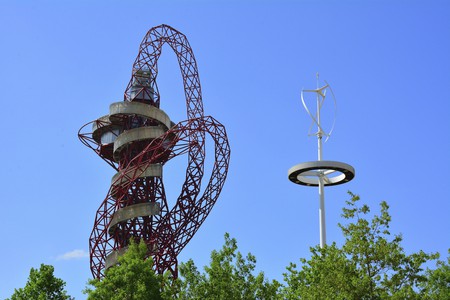 Home to Stratford’s Queen Elizabeth Olympic Park, the ArcelorMittal Orbit is Britain’s largest public sculpture dedicated to London’s hosting of the 2012 Summer Olympic and Paralympic Games and the Olympic legacy that reshaped East London. The sculpture, with its viewing platforms, has become a focal point within the Olympic Park and continues to attract a wide audience today, for its unique design and the joining together of sculpture and structural engineering.

Designed by Turner-prize winning artist Sir Anish Kapoor and award-winning engineer Cecil Balmond, the idea arose following a conversation between the Mayor of London, Boris Johnson and Olympics Minister, Tessa Jowell, who agreed that the Olympic Park would benefit in having a landmark to commemorate the 2012 Olympics and, ideally, one that the public could interact with.

In 2009, the design competition was announced and welcomed 50 innovative designs by artists, architects and designers alike. A panel of leading art professionals judged the entries, announcing Anish Kapoor and Cecil Balmond’s joint winning design on 31st March 2010. Their design featured a giant spiral walkway with viewing platforms incorporated into a looped lattice that resembled an orbit or continuous journey, reflective of the journeys and extraordinary efforts endured by Olympians and Paralympian’s to achieve their sporting achievements. 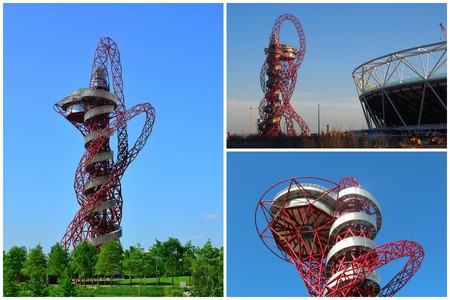 Construction began in November 2010, was completed the following year, and officially opened to the public in May 2012. It received a wealth of praise and equal criticism for its final design. Reaching a height of 450 feet (114 metres), the vibrant red PVC tubular tower is made up of approximately 2,000 tonnes of steel and 19,000 litres of red paint, chosen for its associations with luck in some eastern cultures. The tower cost £22.3 million pounds to build, £19.2 million of which was provided by chairman and CEO of ArcelorMittal, the largest steelmaking company in the world, Lakshmi Mittal.

With indoor viewing platforms across two levels, the tower offers impressive views of the Olympic Park and London’s skyline, welcoming 130,000 visitors during the Olympic Games. The park closed in September 2012 to begin a post-games legacy development and reopened on 5 April 2014. The tower has since been closed to incorporate the world’s tallest and longest tunnel slide, designed by Belgian artist Carsten Höller, set to open during Spring 2016 costing £5 per ride, with the option to also abseil down for £85.