The History of Kabaddi and Its Growing Popularity in London 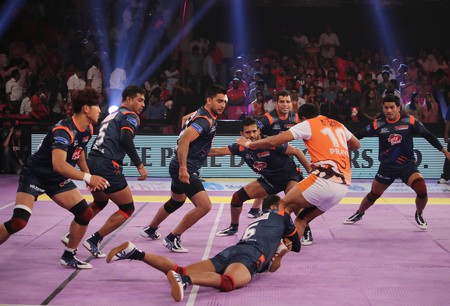 Kabaddi is an Indian sport that requires players to navigate opposition territory without getting caught. With more clubs in London than ever before, now is the perfect time to get involved and plan a ‘raid’ with a group of friends.

For UK sport fans of a certain generation, kabaddi will fall into the Transworld Sport pigeonhole, a weekly 1980s and ’90s programme that showcased sports from across the globe. Kabaddi, hailing from India, appeared to be a sort of British-bulldog-meets-tag combo, and, given that the sport required nothing in the way of equipment, it began to be replicated in playgrounds around the UK.

Over time, those playground games were formalised and, while UK kabaddi doesn’t compete at the same level as in India (understandably), it has grown in popularity throughout the country – especially in London. 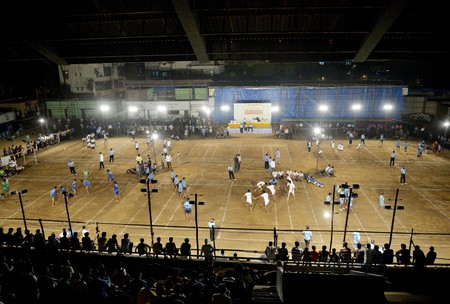 The game is simple. Two teams of seven play on a rectangular court during two 20-minute halves. Each team takes turns in sending a player into the opponent’s area (at either end of the court) to try to ‘tag’ a member of the opposite team and get back to their own half without being tagged in return. This is known as a ‘raid’. During a raid, the offensive player must chant the word “kabaddi” continuously, without taking a breath.

If a player is tagged, they are out of the game. Teams are awarded a point for each tag (whether raiding or defending), and the team with the most points at the end of the game wins.

Kabaddi’s origins can be traced back through many centuries. There are references to the game in Hindu and Buddhist literature, but, as with many sports, differing versions existed depending on where the game was being played.

It wasn’t until 1915, in the Indian state of Maharashtra, that official rules for kabaddi were drawn up. Having a standardised version of the game helped it gain more followers, and in 1950 the All India Foundation For Kabaddi (now known as the Amateur Kabaddi Federation of India) was formed with the aim of hosting regular national tournaments. The first men’s and women’s national events were held in 1955.

In 1961, kabaddi was included the India’s national curriculum and, over the next few decades, it grew in popularity throughout the subcontinent, eventually being introduced into the Asian Games in 1990.

Over the same time period, the Indian population in the UK was growing. In 1951, there were an estimated 31,000 Indians in the UK and, over the next 60 years, that number increased significantly, with 1.4 million identifying themselves as British Indian in the country’s 2011 census. Unsurprisingly, it was during this time that kabaddi began to gain a UK following.

The England Kabaddi Federation was established in 2003, and today it has 12 affiliated clubs operating around the country, with half of those being in London and the South East of England. In addition, clubs have formed in colleges and universities, with the Imperial College London and London School of Economics among those with teams.

The best of these university teams play in the National Kabaddi League during the autumn, and the Imperial Kabaddi Club also hosts the Kabaddi Cup in association with the the England Kabaddi Association.

While UK universities are helping to drive kabaddi’s popularity, they have ensured that it remains as inclusive as possible, offering membership to non-students and encouraging anybody that’s interested to come down to training sessions.

Also helping increase the uptake of the sport is Sky’s coverage of the Pro Kabaddi League, which it has been broadcasting in the UK since 2016. The league has given the sport a makeover with the usual accompliments of cheerleaders, coloured uniforms and arena music.

Few sports can rival kabaddi for its accessibility; all you just need are some friends to play with. And thanks to London’s growing kabaddi scene, plenty of potential teammates await you.

For a list of England Kabaddi Federation clubs head here.