The Best Vegan and Vegetarian Restaurants in Shoreditch, London 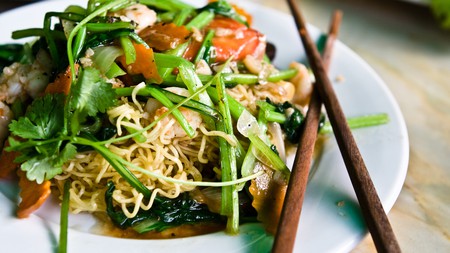 Shoreditch is known for its progressive, cutting edge vibe, so it should come as no surprise that some of London’s most creative meat-free eateries have made their home here.

Unity Diner, London’s largest vegan-only restaurant and mocktail bar, offers a tempting menu of meat-free treats including small and large plates, burgers and hot dogs. No alcohol is served on the premises – in its place is an innovative mocktail menu and a large selection of 0% wines and beers. It’s also entirely plastic-free and donates all profits to Surge, an animal rights organisation that supports UK rescue sanctuaries. As a haven for animal lovers, your dog is welcome to come along too! Recommended by local insider Alyson Parkes

With relaxed mood lighting, Mediterranean-inspired green tiles and wooden decor, hip and cosy Bubala is perfect for a casual meal out. The menu is entirely vegetarian, inspired by Israeli and Middle Eastern flavours. Prices are super reasonable – you won’t pay more than £11 for anything, and the quality you get for your money is incredible. Check out the cocktails too – the salted grapefruit bellini is unmissable. Recommended by local insider Chiara Miele 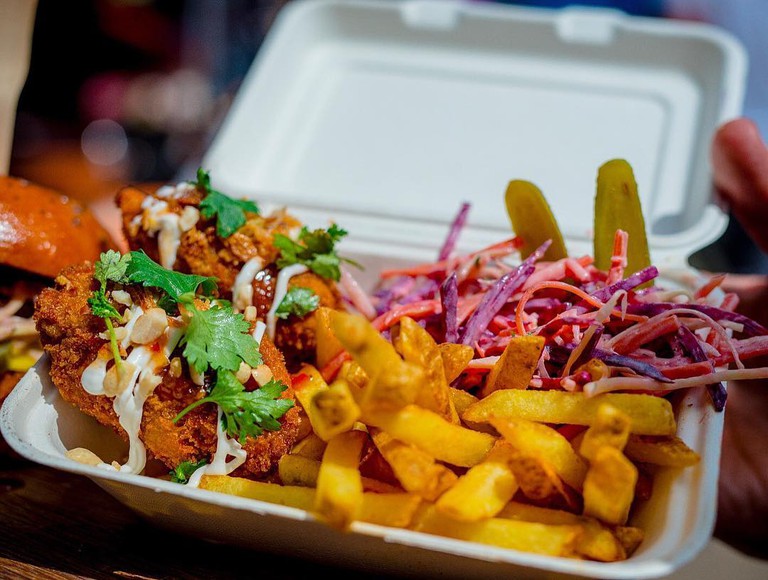 This is the best place to come for vegan chicken wings. Specialising in jackfruit, a neutral-tasting fruit whose texture when cooked resembles that of pulled pork, the guys at the Jack Shack bread, deep-fry and serve their vegan creations in the form of ‘chicken’ wings, burgers and pretty much anything else you can think of. They also serve London’s first vegan poutine, featuring fries topped with vegan cheese curds, porcini mushrooms, seitan bacon and gravy. 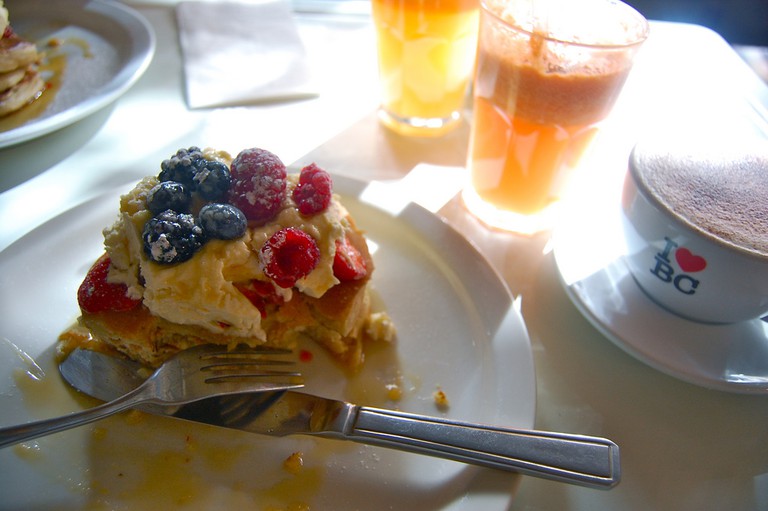 The Breakfast Club is a big hit in the world of breakfast and brunch. With its walls covered in funky and retro relics, this is a place that really wants its customers to feel at home as they tuck into pancakes with berries, eggs benedict and milkshakes. 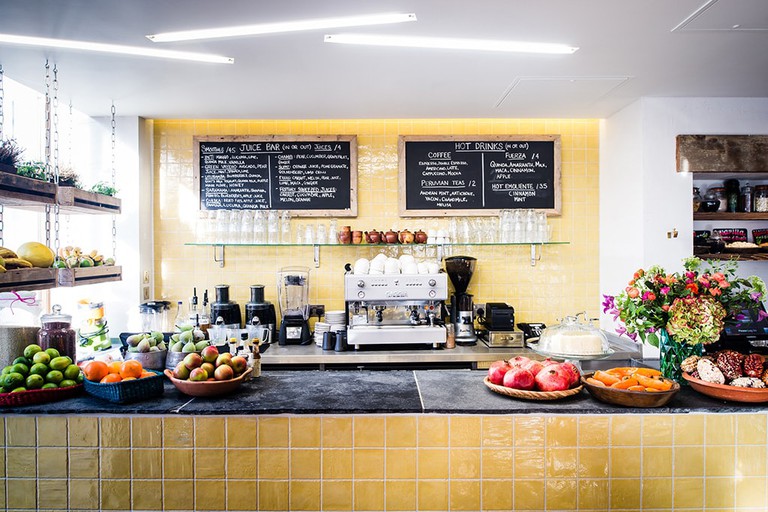 Who says full English breakfasts are the best breakfasts? Change things up a bit with a Peruvian-styled dish at Andina. With core ingredients including quinoa, maca, chia and amaranth (to name a few), this is the perfect place to be if you want a twist to your breakfast and brunches.

Pasta is scratch-made by hand every day at Burro e Salvia, just like they do back in Italy. From tagliatelle to tortelloni to orechiette, with fillings changing seasonally, there are a range of fresh pastas available to take home or you can try them right then and there in the small dining room. It’s simple food done very, very well. 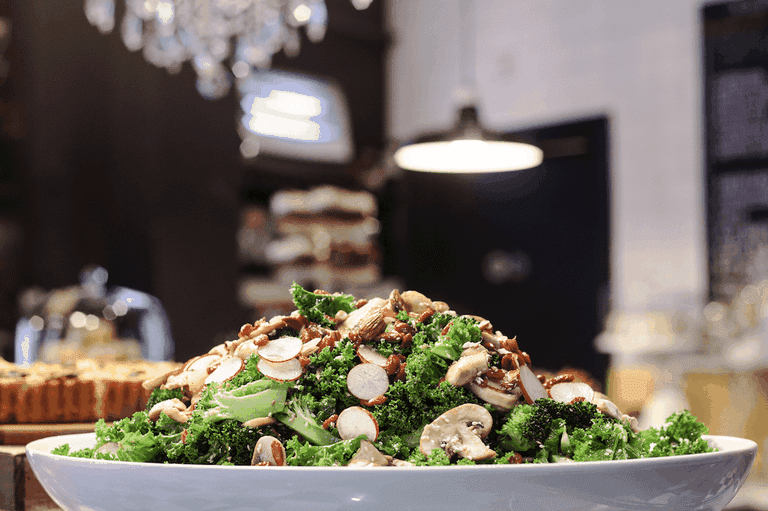 Franze & Evans, near the top of Brick Lane, prides itself on fresh and tasty food made using as many locally sourced and organic ingredients as possible. Whether you drop in for scrambled Tuscan eggs, an Italian ploughman’s lunch, risotto or even just an aperitivo, you can be sure of quality Italian produce prepared with care.