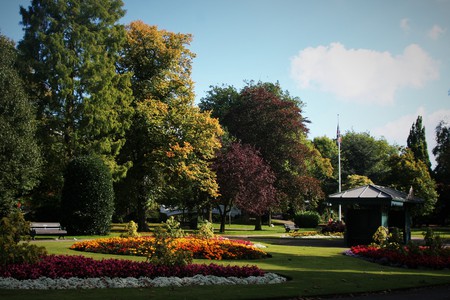 One of the many great things about London is that it’s full of parks and gardens that offer a delightful escape from all the metropolitan hustle and bustle of the capital. East London has an array of greenery dotted all over the place as well as one continuous green corridor that extends all the way from Limehouse, by the River Thames, to Victoria Park, near the Queen Elizabeth Olympic Park in Stratford.

Serving as a natural reprieve from the big city for over 170 years, Victoria Park hosts approximately nine million visitors every year. Chill out on the West Boating Lake in a rowing boat or pedalo, take the kids to the children’s play area complete with a splash pool. Full of opportunities for relaxation and recreation, the park boasts tennis courts, football pitches, cricket nets and a bowling green. 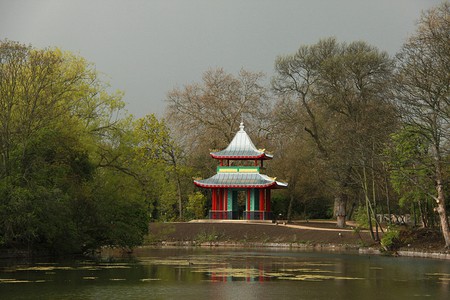 Historically a grazing site for animals being taken to market at nearby Smithfield, London Fields is now a certified common. Chill out in the lido or get active in any of the numerous sports facilities, including a cricket pitch, two tennis courts, table tennis courts and a pétanque area. Kids will be easily entertained too – by either of two play areas or the paddling pool.

Located beside Spitalfields City Farm – just around the corner from the world-famous Brick Lane Market and a little bit further away from Old Spitalfields Market – Allen Gardens is a beautiful green space in the heart of London’s historic East End. Until 2006, the now-closed Shoreditch tube station operated at the north of the park.

Part of a 1940s initiative to create a green path connecting different areas of London to the River Thames, Mile End Park lies on formerly residential and industrial land that was reclaimed following devastation suffered during the Blitz of the Second World War. The park runs along Regent’s Canal and includes a garden bridge over Mile End Road as well as some incredible views of Canary Wharf. 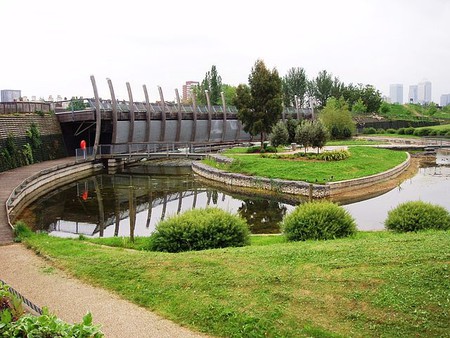 Stepney Green Park can be found lying between Whitechapel, Stepney and Limehouse stations. Catch some sun and relax in the park, kick a ball around on the astroturf or investigate the historic Former Baptist College Chapel before heading to the nearby independent Genesis Cinema for a film.

Take a break from shopping at Old Spitalfields Market, or bask in the sun before heading to a trendy Shoreditch bar, in Elder Gardens, just off the vibrant Commercial Street. There are no dogs and no ball games allowed so rest safe in the knowledge no footballs – or dog tongues – to the face will interrupt a blissful afternoon of relaxation.

Lying right next to Bethnal Green train station, Weavers Fields is a big expanse of green land that incorporates two football pitches, a dog walking area, a children’s play area and some remarkable views of the London skyline. Named Weavers Fields in 1963, the park commemorates Huguenots, many of whom were weavers, who settled in the surrounding areas of East London late in the seventeenth century to flee religious persecution in France. 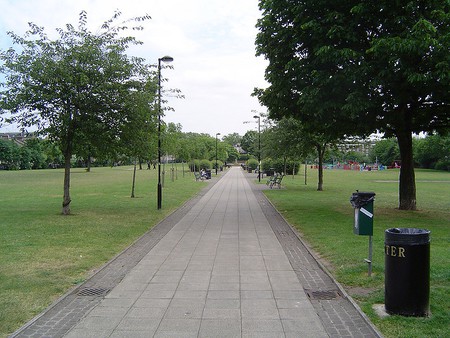 Situated beside Bethnal Green tube station, Bethnal Green Garden is great place to kick back and relax on a warm summer day. With separate play areas for toddlers up to 4 years old and children over the age of five, this is a sure winner with the little ones. Be sure to check out the Stairway To Heaven memorial marking Britain’s worst civilian disaster of the Second World War.

Home to East London Rugby Football Club, a host of sports facilities, including floodlit rugby and football pitches, Plaistow Memorial Recreation Ground is just a stone’s throw away from West Ham stations on both the tube and the DLR. Marvel at the beauty of nature in the wildflower meadow or take the kids to play in the sand in the children’s play area.

Looking for things to do before chilling out in one of these lovely parks? Check out the best museums and the top family-friendly attractions East London has to offer.