The Best Hikes for a Day Trip From London 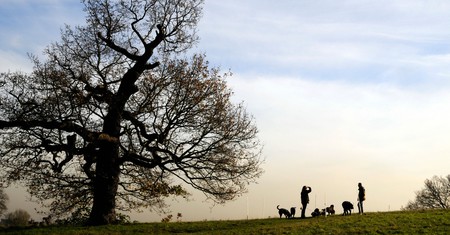 Every now and then we all get that itch to get out of the city and into the countryside, but it’s rare that we have enough time to travel too far afield and make a weekend of it. Lucky for Londoners, these six hikes are only a short distance from the city centre, but still allow for a total sense of escape – even if just for the day.

Most famous for its annual regatta and loved for its quintessential charm, Henley is located in the middle of one of the most beautiful and varied hikes within London’s reach. Sitting on the southern edge of the Chiltern Hills, Henley provides an idyllic spot for a post-walk cream tea or a well-deserved glass of wine. There are three variations on this particular trek and they range from a seven-hour, 21.9-kilometre (13.6-mile) option (which we suggest you save for the milder months) to a more manageable four-hour, 14km (8.8mi) alternative. Each option takes you over the valley leading up to Stonor and features picturesque views and historic sites. 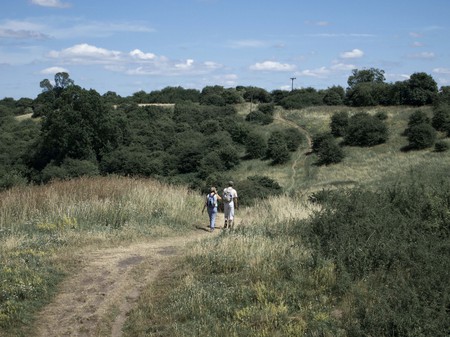 London trains to Henley-on-Thames leave from Paddington. There are no direct trains, but journey time with one change is just over an hour.

Ramsgate to Margate via Broadstairs

Fresh air can be hard to come by in London, but getting out of the city and breathing in the sea breeze is easy enough. Get the train to the coast for a walk between Ramsgate and Margate, which takes in Broadstairs and is an easy promenade along the coastline. Start in either Margate or Ramsgate and make your way along the cliffs, being sure to stop at iconic ice-cream parlour Morelli’s in Broadstairs for some gelato. The trek also gives you a chance to see Viking Bay, where Charles Dickens used to holiday, as well as the scenic white cliffs of Botany Bay and the chalk arch at Kingsgate Bay. The hike is 15.7km (9.8mi). 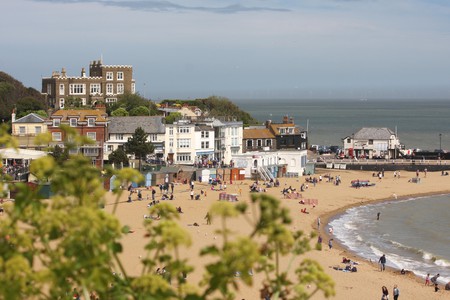 The journey time for London trains to Ramsgate from St Pancras vary, but can take as little as an hour and 15 minutes. Trains to Margate take between an hour and a half to an hour and 50 minutes.

It can be easy to overlook something that’s pretty much on your doorstep, so for that reason we’re reminding you of the beauty that is Hampstead Heath. North London’s natural haven is the perfect place to head to if you’re looking for a walk among the autumn leaves, followed by a hearty English roast dinner. The Hampstead Circular, as it’s called, starts and finishes at the Hampstead Underground station. It journeys through the heath as well as passing by Highgate Cemetery and stopping at a viewpoint at the top of Parliament Hill. If you’re in the mood for a little added culture, you can take a detour to the Spaniards Inn, one of the oldest pubs in London, for a hard-earned drink. 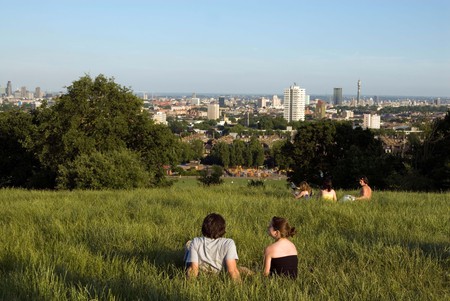 Getting to Hampstead Heath is easy – just hop on the Northern Line.

For Londoners, the beauty of the Epping Forest Oak Trail is that it’s on the Tube map – just at the end of the Central Line, to be exact. It’s far enough away from the centre of the city that it feels completely separate, but close enough that a day trip is not only accessible time-wise, but can be covered by your Oyster card – bonus. Ideal for those looking to spot a little wildlife, the route passes a deer sanctuary and the forest is home to hares, skylarks and other such creatures. At just 10.6km (6.6mi), it’s a short trek when compared to others in this line-up, which might add to its appeal. It starts and finishes at Theydon Bois Tube station. 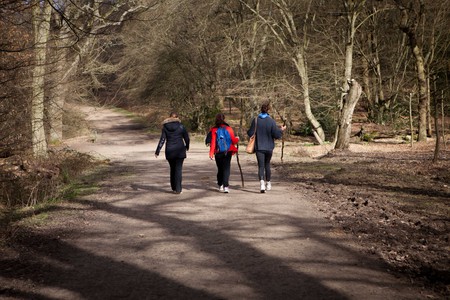 You can reach the Epping Forest Oak Trail by taking the Central Line to Theydon Bois.

A manageable circular walk through woodland terrain, the Egham to Runnymede trek is not only beautiful but also steeped in historical significance. It passes Langham Pond – a designated Site of Special Scientific Interest due to the endangered species that it houses – as well as wetlands and brightly coloured meadows. Taking around two hours to complete, the 5.9km (3.7mi) route is also situated close to Windsor Castle and its surrounding town, which is well worth a visit, not least for its coffee shops and picturesque cobbled streets. This is a great choice for those less keen on a lengthy trek but still seeking some nature and a little shopping fix. 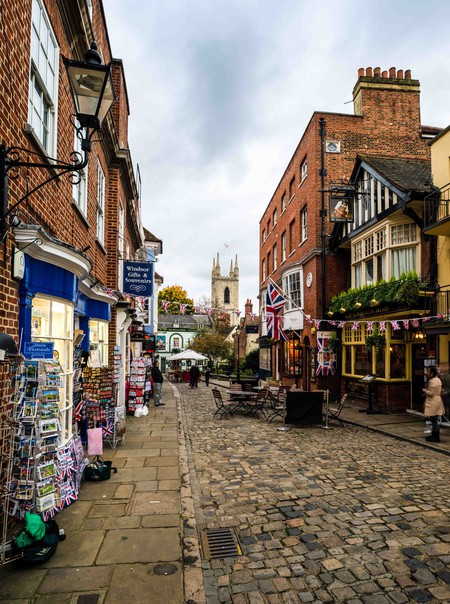 Trains from London Waterloo to Egham take around 40-50 minutes.

The Kingston to Ham House route leads you along one of the more scenic sections of the River Thames, through Richmond Park and past the beautiful Ham House and Garden, whose Orangery Café makes for an excellent mid-ramble lunch spot. The entire trip (without the lunch break) will take around two and a half hours, as it covers almost 19km (11.8mi) of varied and beautiful London landscape. 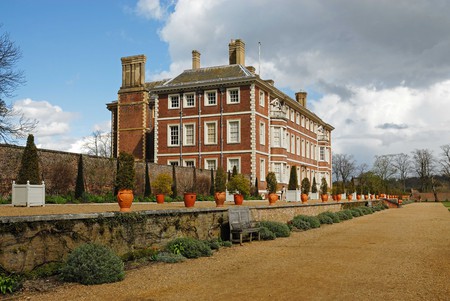 Trains from London Waterloo to Kingston take around 30 minutes.