The 6 Best Bed and Breakfasts in London 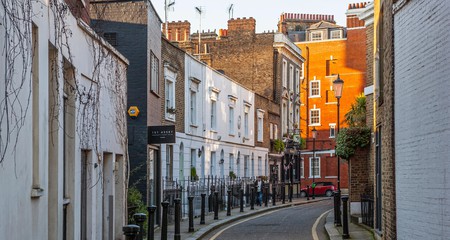 In a city like London where there’s so much to see and do, a B&B is often a sensible option, coming with the added convenience of breakfast before you head out for the day. Here’s Culture Trip’s guide to London’s best.

The premise of a bed and breakfast is comfort and simplicity. But in the modern world of hospitality, they are often so much more than that. Some rival the sort of luxury hotel many of us would dream of staying in – especially in London. Here, you’ll find chic B&Bs sharing their roofs with trendy gastropubs yet retaining all of that homely feel. Here’s Culture Trip’s round-up of the very best. 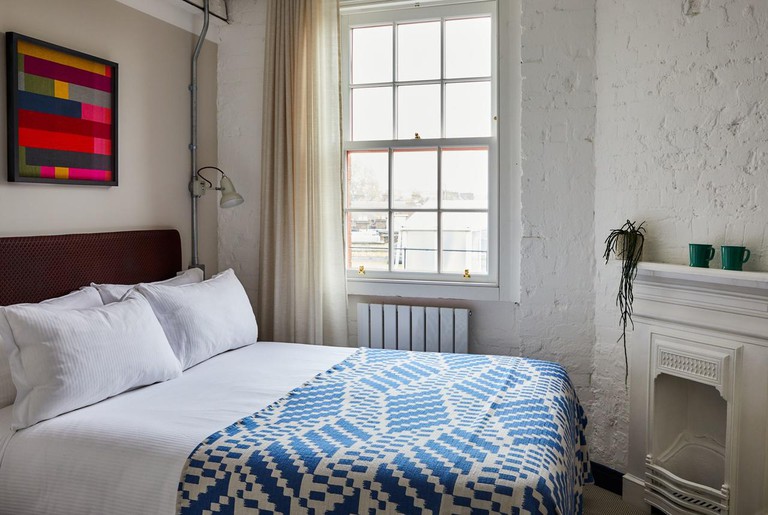 Courtesy of the Buxton / Booking.com

The rooms at the Buxton are fresh out of a Pinterest board, bearing all the hallmarks of a very chic and homely hotel. Whitewashed walls give the cosy rooms a spacious feel, while Victorian windows fill every corner with daylight no matter the weather. You’ll also find decorative touches such as locally woven rugs, throws and funky artwork, creating a vibrant look and feel. Take your morning coffee (made using your personal Nespresso machine) up to the private roof garden for sweeping skyline views over London. 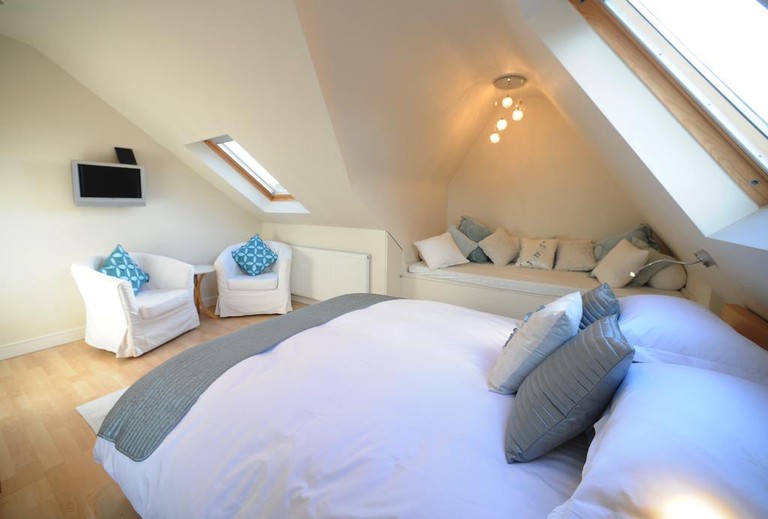 Courtesy of the Lilac Door / Booking.com
Named for its purple-hued front door, the Lilac Door will fulfil all your period-home-in-London fantasies. The Georgian townhouse sits in the picturesque suburb of Dulwich and offers guests a home away from home in the form of bright, airy bedrooms and exceptional hospitality. Family-owned and run, the B&B welcomes its guests with open arms and thoughtful touches such as truffles on the pillows, thick towel dressing gowns and luxurious bath products. Breakfast is served each morning in the dining room and includes everything from home-made granola to organic scrambled eggs – just what you need to set you up for a day spent wandering round Dulwich Picture Gallery or Crystal Palace Park, both of which are just down the road. 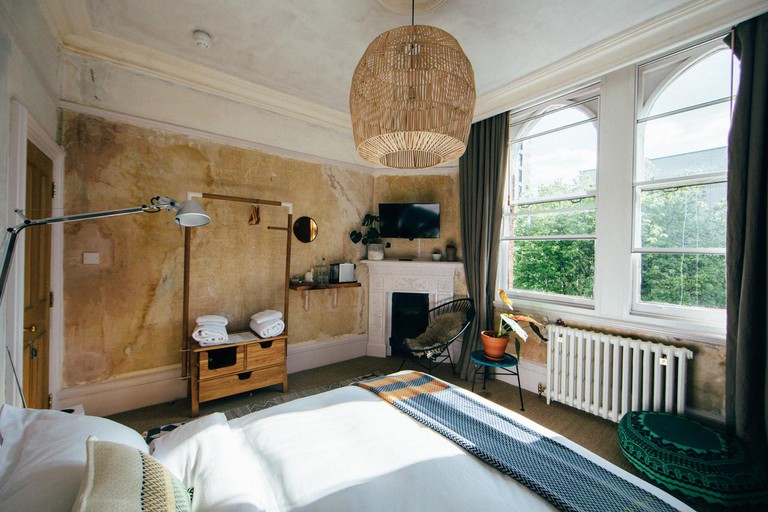 Courtesy of the Culpeper / Booking.com

The Culpeper is the sort of hotel that’s very hard to leave. The ground floor has its very own (and very good) pub, on the first floor is an upscale dining room, while sitting atop it all is a rooftop garden with its own restaurant and bar. Then there are the rooms: perched between the restaurant and the rooftop, they complement the chic-industrial look of the main pub perfectly. Think brushed concrete walls, natural wood headboards and sheep-skin throws – all featuring mod cons such as a Nespresso machine and a Bluetooth radio. 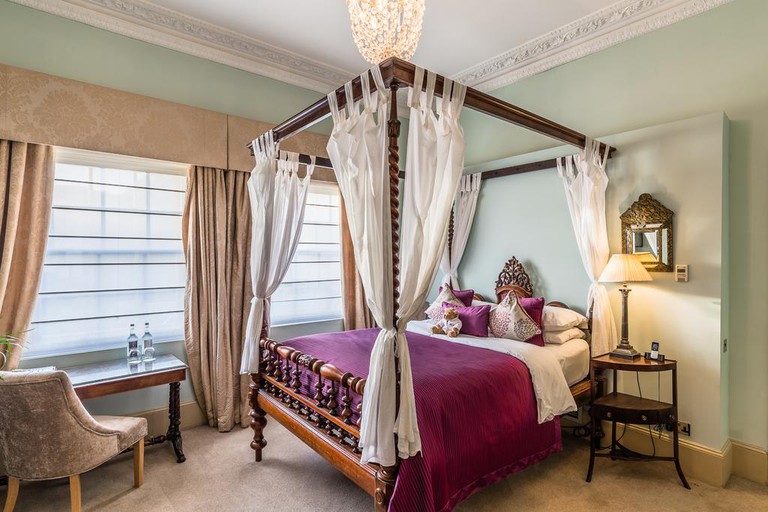 Courtesy of York and Albany / Booking.com

Owned and operated by the Gordon Ramsay Group, this hotel is as much about the food and drink as the comfort of the elegant 19th-century rooms. Once you’ve summoned the mental strength to leave your wooden four-poster bed in the morning, head downstairs to the gastropub for a reviving libation and a classic full English – approved (though not cooked) by Gordon himself. With breakfast in your belly, you can start to think about the day ahead. Camden, with its many markets and music venues, is right on your doorstep – and London Zoo is a mere 10-minute walk away. 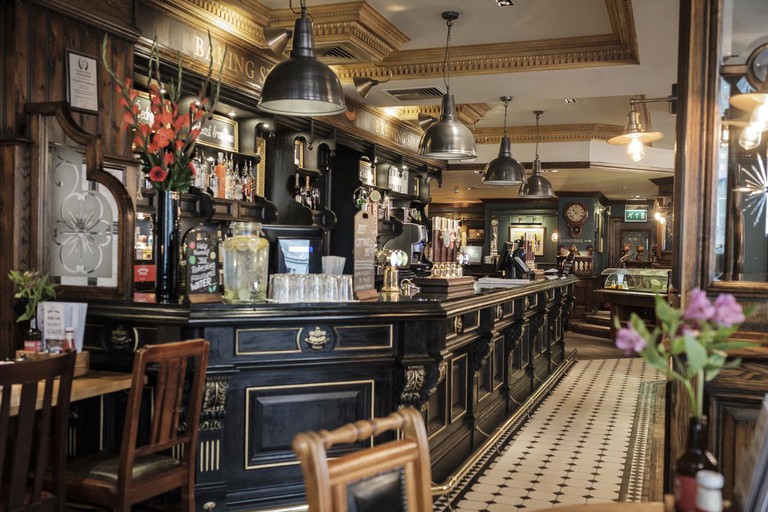 The cosy rooms at this Victorian-era hotel make for a welcome retreat in the heart of London’s crowded Westminster district. Monuments such as Big Ben, Westminster Abbey and the Houses of Parliament are all in close quarters here – so you’ll spend a lot of your time on your feet when out sightseeing. Rest up in this homely base at the end of a long day, then wander downstairs for some classic gastropub grub. Breakfast is included with the room, ensuring you’re fuelled up and ready to begin another day of exploring this historic area. 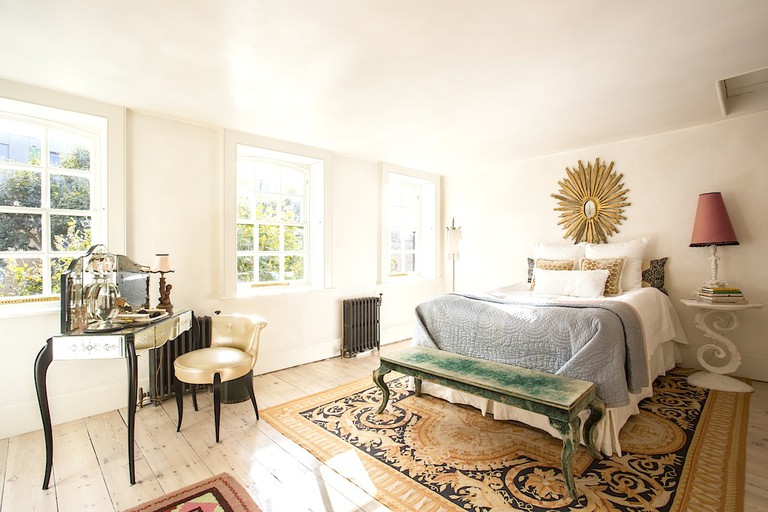 Courtesy of 40 Winks
40 Winks is a lesser-known location, even for those who think they’re in the know. A cross between a B&B and a boutique hotel, this is an East London treasure: there are only two rooms and one bathroom. If you don’t want to share, it is suggested you book out the place and turn it into a suite. However, this is no ordinary B&B – think Georgian-style rooms in 21st-century tones that make it feel like a secret hideaway, with eccentric furnishings, a complimentary continental breakfast and an in-the-know host who’s as enjoyable to chat to as the rooms are to stay in.

This article is an updated version of a story created by Bianca Barratt.