The 12 Best Boat Tours in London 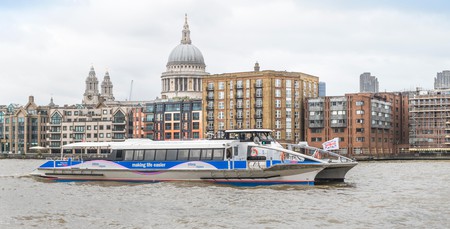 Bring your sea legs and hop aboard one of London’s fun-filled boat tours. Whether you want to float past the landmarks, laze down a sleepy canal or speed your way to Canary Wharf, you’ll see the best of the UK capital from floating level.

Hop on and off as you please with City Cruises, which runs from Westminster, Waterloo, Tower and Greenwich Piers. There are many ticket options on offer, so you can opt for an unlimited day cruise, stick to a shorter journey or push the boat out with an afternoon tea or dinner experience. 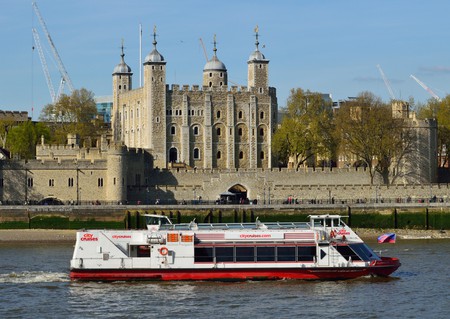 This river bus service runs every 20 minutes daily between Royal Arsenal Woolwich in South East London and St George Wharf Vauxhall in the west of the city, stopping at all major piers along the way. On event nights at The O2 Arena, the company even operates a fast shuttle direct from Waterloo, London Bridge and Canary Wharf where champagne upgrades are available. Although there is no tour guide aboard these journeys, there is a free app that can be downloaded for audio commentary. 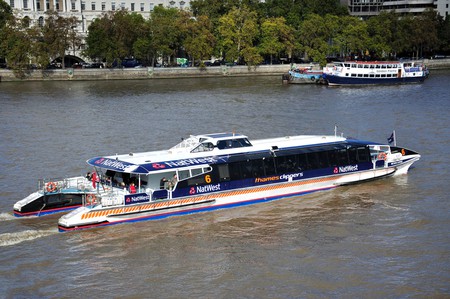 Turks Launches has been offering tours along the Thames for 300 years. The route, from Richmond Pier to Hampton Court, is full of historic sights to see, including Eel Pie Island (where The Rolling Stones and Rod Stewart used to party) and Teddington Lock’s Dunkirk Memorial. If you fancy something more lively, there are disco and jazz cruises on offer, too. 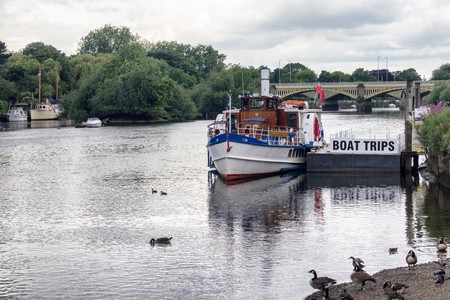 Tour both land and sea with the Vintage Red Bus and Thames Cruise. You’ll board a restored red double-decker bus at Victoria Coach Station and view London icons Westminster Abbey, Big Ben, the London Eye and the Tower of London. Then you’ll hop on a boat to check out Shakespeare’s Globe, Cleopatra’s Needle and, of course, London Bridge. Lastly, jump back on the bus to swing by Buckingham Palace before returning to Victoria Coach Station. 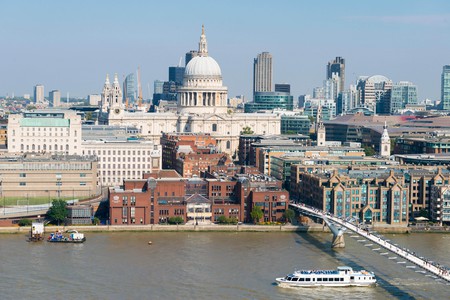 For an arty ride, take this catamaran service connecting London’s two Tate art galleries, Tate Modern on the South Bank and Tate Britain in Pimlico. The exterior and interior of the boat itself were designed by world-renowned artist Damien Hirst, so you basically get to ride a floating artwork. 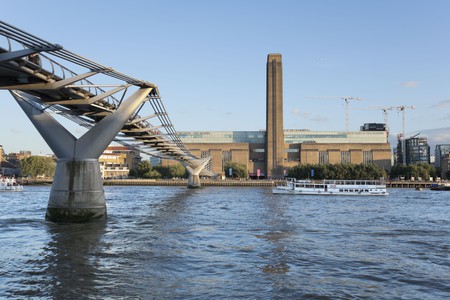 This first come, first served tour is perfect when you want to make a plan in a pinch. You’ll float down Regent’s Canal in a narrowboat exploring Little Venice, Regent’s Park, London Zoo and Camden Lock. As you can’t book in advance, going at off-peak times is highly recommended. 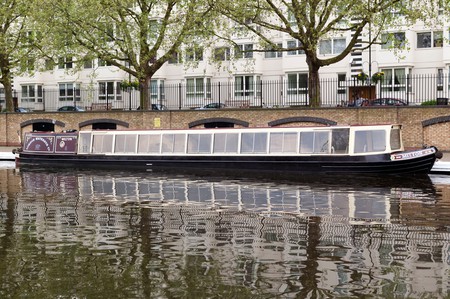 If racing is more your style, don’t miss speeding down the Thames in a RIB (rigid inflatable boat). You’ll head to Tower Bridge from Westminster before the turbo engines blast on, but when they do you’ll be travelling at 30 knots (35 miles per hour) all the way to Canary Wharf. This is a boat ride you’ll never forget. 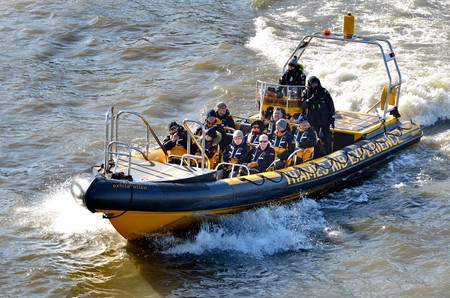 For an alternative RIB experience, try Thames Rockets. Advanced booking is not required, so you can just show up at London Eye’s Millennium Pier, hop aboard and get ready for the ride of your life. 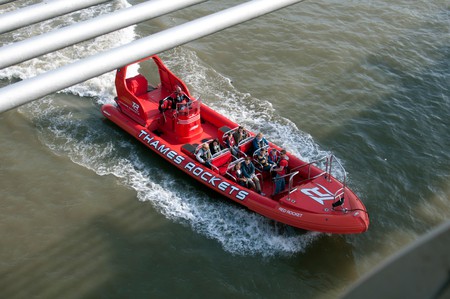 Not for the faint-hearted, the Canal Museum Tunnel Boat Trip will take you down Regent’s Canal’s dark and musty tunnel built way back in 1820. It’s over a kilometre long and offers a true piece of canal history. Back in the day, boats had to be helped through the tunnel by ‘legging’, a system wherein the men onboard had to push the vessel along by pushing their legs against the tunnel walls. Tickets through the tunnel are best booked in advance as there are only 12 spots on board and they include entry to the London Canal Museum to boot. 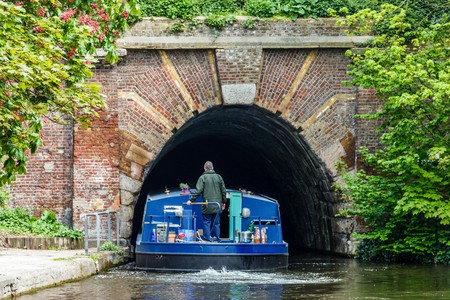 Operating since 1968, Walker’s Quay is a family-run business based in Camden. Its boat, the Jenny Wren, offers daily 90-minute, round-trip cruises from Camden. Float down Camden Lock, sail through London Zoo and Regent’s Park, and then onwards to Robert Browning’s Island in Little Venice before heading back. 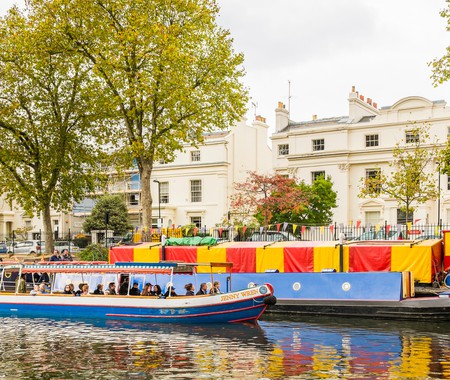 Jenny Wren is based in Camden | © edpics / Alamy Stock Photo

Flip the Jenny Wren itinerary around with Jason’s Trip. Set sail from Little Venice, then continue down Regent’s Canal through picturesque Regent’s Park before reaching Camden Lock and coming back again. The boat is over a century old and this tour has been operating the same route since 1951. 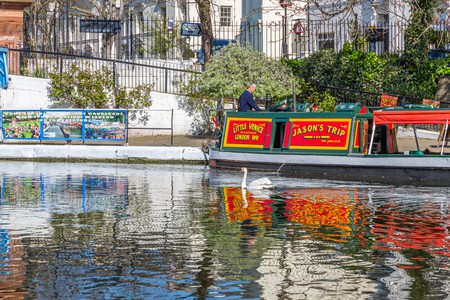 For a truly bespoke option, try Bow Boat Company. Its narrowboat seats up to 12 and comes equipped with a skipper and tour guide. Get a group together and hire the vessel for as long as you want. You can opt for the five-hour East London Loop, which cruises from Olympic Park to Victoria Park, a less demanding two-hour tour from Hackney to King’s Cross or you can even create your own itinerary. 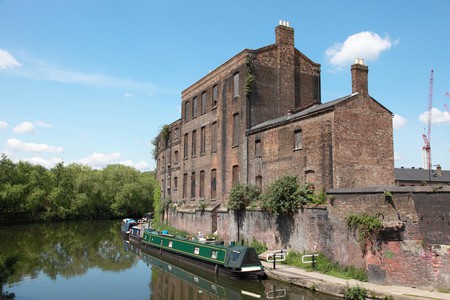