Supercars, Stunts and Scares: an Interview with the BBC Top Gear Presenters 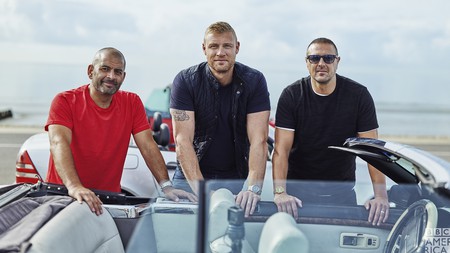 With Top Gear back on TV soon, Culture Trip speaks to its three presenters, Freddie Flintoff, Paddy McGuinness and Chris Harris, who, with their inimitable banter, have won the show back a huge following. Here they discuss their working relationship, the Wall of Death – and how they overcame Covid-19 restrictions to film the new season in the UK.

Strap yourselves in, petrolheads – Top Gear is screeching back onto our screens with series 29, and despite lockdown measures restricting filming to the UK only, the new series looks faster and more furiously high-octane than before – with death-defying stunts, sleek supercars and all the hilarious banter and mockery we’ve come to expect from its three presenters.

The BBC’s flagship motor show has been through a lot of changes since Jeremy Clarkson, Richard Hammond and James May left under a cloud in 2015; the permanently helmet-clad Stig has worked with no fewer than eight different presenters in that time. But the programme is back at full throttle, thanks to the on-screen dynamic of the current presenting trio: comedian Paddy McGuinness, ex-cricketer Freddie Flintoff and motoring journalist Chris Harris.

It’s only their third series together, but you’d think they were lifelong mates with their incessant ripping into one another, which makes for great comedic television. “I think the beauty of Top Gear is how us three operate,” says McGuinness. “We don’t try to force anything, and that’s why people like it, I think.”

The ratings certainly suggest audiences are enjoying it. The BBC reported that on their first series together, the trio boosted audience figures from 2.2m per episode to 3.8m. 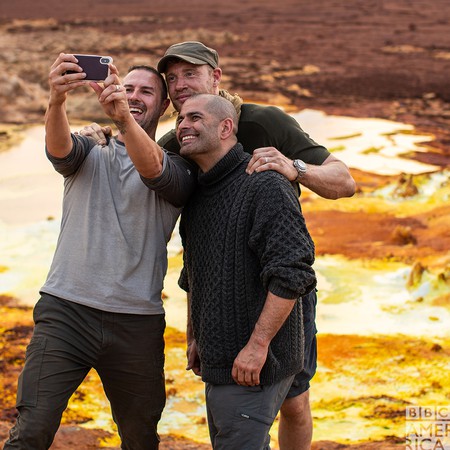 The three presenters taking a selfie together | © BBC America

A heartwarming scene in the new series shows the boys arm in arm, belting out karaoke. It sums up their bond perfectly. “We shot that before lockdown – who’d have thought the world would end up in a global pandemic?” says Flintoff. “But that clip shows what it is all about – us three coming together and having a bit of fun. Our relationship is changing all the time, but the more we’ve got to know each other, the better the show gets.”

The guys have shared emotional – and terrifying – moments together: from towing each other along a narrow path on a cliff edge in Nepal to surviving a dangerously high-altitude road trip in the Peruvian Andes. But with global Covid-19 restrictions, the team were forced to film the third series in the UK. 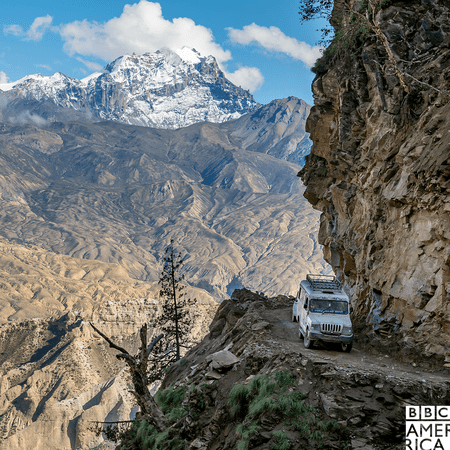 “On the one hand, yes – Peru, Nepal, Kazakhstan and some of the other places I’ve been with this show are outrageous,” says Harris. “But with this series coming out, you will get to see the beautiful United Kingdom.”

From Bolton and Blackpool to North Wales and the Midlands, the show takes viewers all over Great Britain to reveal the true beauty of Blighty. “Everything we’ve got is like America – it’s just a bit smaller and a bit shitter,” Harris says. “But we’re proud of that. The UK is coming to terms with our general shitness, and actually we’re quite happy to show it off on Top Gear. And it meant we didn’t have to get on any planes.” 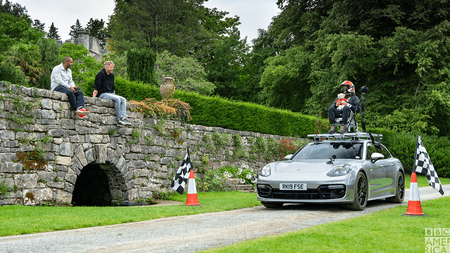 Watching the boys put their lives on the line in the last series was a huge draw – who could forget Freddie bungee-jumping off a dam in a Rover? – but in this series we see the trio take on the Wall of Death in clapped-out bangers. “It was utterly ridiculous – the clue is in the bloody name,” says Harris. “The ideas factory just keep coming up with ever more ridiculous ways to try and kill us.”

The aim is to get their second-hand cars going around a 360-degree vertical wall at speeds of 50mph (80kph). McGuinness explains how it took two days’ training when they really needed longer. “We had a bit of a crash course – excuse the pun – but it was one of those things where you’ve just got to lean into it and do it,” he says. “If you start getting that little voice in your head telling you ‘Don’t do it’, that’s when accidents happen. One wrong move and that’s it, game over.”

This series also sees Flintoff clinging on for dear life as he tries to push a 30-year-old Jaguar XJ220 to its limit of 200mph (322kmh). “I’ve driven modern cars near that speed, but it’s different in this one,” he says. “You’re trying to hang on and keep it straight, then trying to stop the car. It was exhilarating – out of everything I’ve done, that is what came closest to feeling the juices and excitement of when I played cricket.” 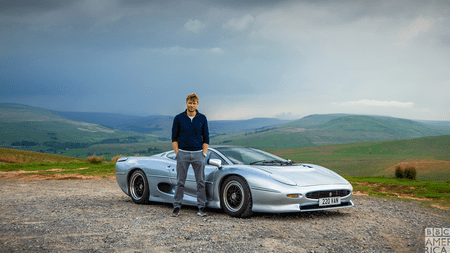 Flintoff takes a Jaguar XJ220 for a spin | © BBC America

Of all the crazy stunts they’ve done, though, the scariest moment came in series 27 when Freddie flipped a hearse with the other two in the car while racing the Stig, who was in a Land Rover Discovery. The hearse went flying around the bend like a race car, and then it flipped monumentally, leaving the funeral car on its roof.

“Just for that split second, I thought we were done for,” says Flintoff.

“Well, let’s be honest – we were in the right vehicle for it,” quips McGuinness.

Coming so close to death doesn’t stop them, though. If anything, it does the opposite. “I’ve realised that if you start feeling comfortable, you’re going backwards,” Flintoff says. “You always want to feel like you’re on your toes and being pushed all the time, so that we can keep improving the show.”

The boys have different aspirations for where they want to take the show next. Paddy is pushing the producers to go to the States and recreate some car chases from classic movies. Freddie wants to drive one of Elvis’s cars in Memphis, while Chris just wants to do 300mph (483kmh) in a car with a number plate. “Not one of those land-speed record cars – I’m not interested in those. I want to go on a road, borrow a fast car for an hour and do it,” he says. However, these plans are all on hold as travel restrictions and social distancing continue.

“For me, I quite like this,” says McGuinness. “I’m all for social distancing – even when we find a vaccine. It’s an absolute treat not having to get too close to these two.” 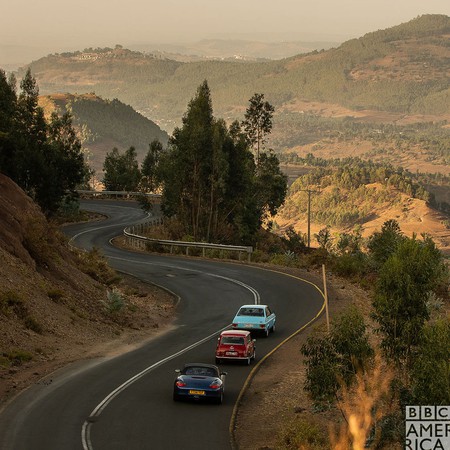 Harris takes a more practical approach to social distancing: “It’s just the way the world is now. All three of us can’t be in a car again until the world changes, and that does limit us slightly because we’ve created some good moments. But rather than whinging about the fact you can’t do it, we just rely on the clever people we work with to find solutions to make entertaining television. I think they’ve done a cracking job for this next series. You can judge for yourselves.”