There’s only one SS17 trend that lends itself to so many headline puns: ‘absolutely frilling’, ‘for the frill of it‘, ‘we’re frilled’, ‘thrilling frills‘, ‘frill-seekers‘… We could go on, of course, but the trend takeaway to talk about isn’t frilling wordplay (sorry), it’s that frills are in.

Frills were first depicted in paintings by the likes of Thomas Gainsborough, Joshua Reynolds and Pieter De Hooc where they adorned the necks and sleeve of aristocrats in the 17th century. Before that was Botticelli’s romanticism, in which the flagrant movement of material was as suggestive and feminine as Venus’ naked flesh. Fast forward a couple of centuries and the romantic, ostentatious and feminine frill has firmly been reinstated in the contemporary aesthetic.

For SS17 frills were light and sheer: on cuffs, on dresses, on skirts on necks. No smooth line was spared by the designers’ desire to adorn flat silhouettes with a sense of movement and a little flamboyancy.

Frills feel distinctly Roberto Cavalli, and it was no surprise that the designer made ample use of them at his show in Milan. Inspired by Marie Antoinette’s opulently-decorated Petit Trianon, Fendi coveted the overtly feminine look, pairing delicate frills with hues of sot pink. At Diesel Black Gold, frills were tiered down Empire lines and mini-skirts and necklines were given playful volume thanks to ruffled finishes in pastel pinks, bright whites and sheer blacks.

For her first catwalk show at London Fashion Week, Molly Goddard continued her signature über-feminine flounce, going big on netting and frills in neon greens, chalky blues, bubble gum pinks and gingham. At Marques Almeida, the Portuguese designers married frills and flares: cuffs ran wide from the elbow and had a raw finish, elsewhere frills were exaggerated and draped over hands. At Hillier Bartley, frilled sleeves also ran long and were shown in pink and purple silks. Wide-leg pinstripe trousers were also given a frilled-twist.

Rodarte in New York embraced sheer  frills to greet effect. Rodarte’s SS17 collection channeled ‘when I was allowed to dress myself for school’ — sans dungarees — marrying poker faces with effervescent and decadent use of materials and silhouettes. The sheer layering ensured designs felt substantial yet delicate. Oscar de la Renta offered a more pared down version, for the glamazonian who wafts effortlessly from pool to rooftop — think sheer white, gentle frills and copious use of white lace. Later in the collection avant-garde, more sculptural frills were shown on red and black silk.

In Paris, the frill was given its most delicate rendering. At Alexander McQueen Sarah Burton used frills to emphasise the collection’s dichotomies. Fine, hand-crocheted sleeves were finished with a wide cuff while elsewhere Burton married studded leather harness and a jewelled engraved chokers with thistle print, puff sleeved, off-the-shoulder dresses. The late Sonia Rykiel was celebrated at her eponymous label’s show, where undulating collars and black satin rouches bid a fitting farewell to the flame-haired creative.

Expect many a sleeve to dip into your tea, for your frilled trouser hem to soak up puddles, your sheer lace necklines to get caught in people’s hair and on the bus. Functional? Certainly not. But do it for the thrill.

Using the Barbican, one of London’s most famous examples of 60s Brutalist architecture, as our backdrop, The Culture Trip Style team experimented with how to work sheer frills into the everyday. Suggested props include cycling shorts and clogs, along with a creative approach to layering. 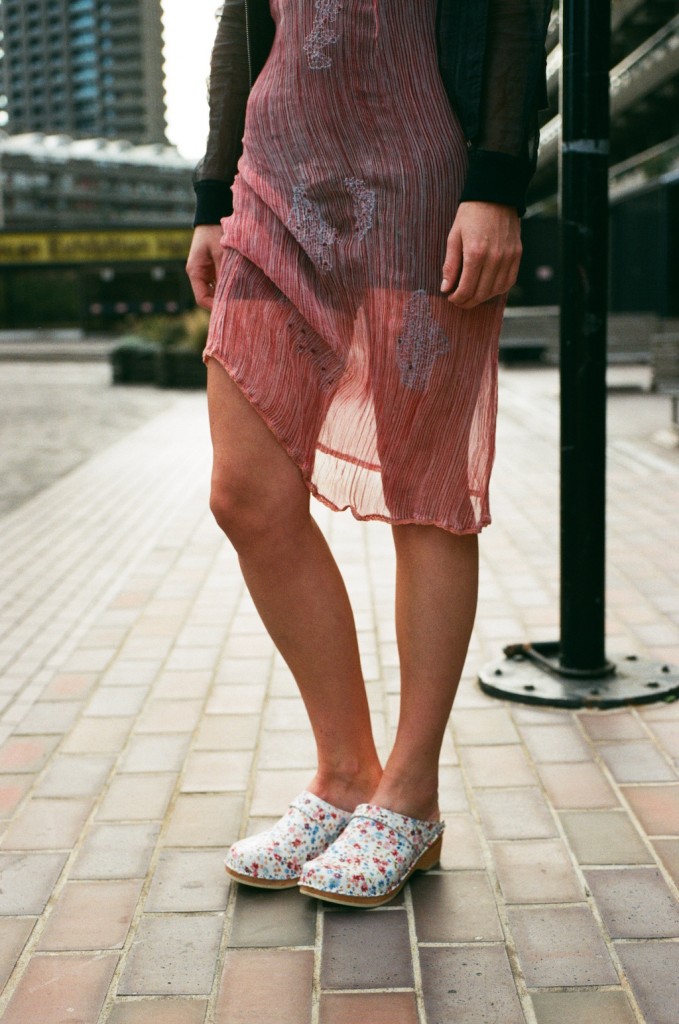 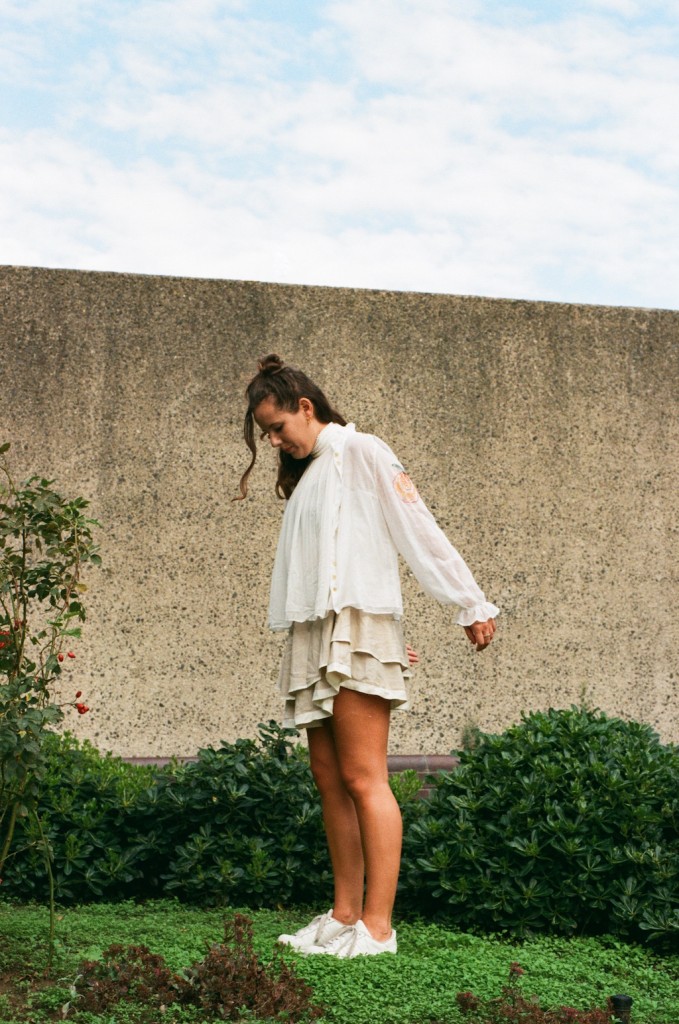 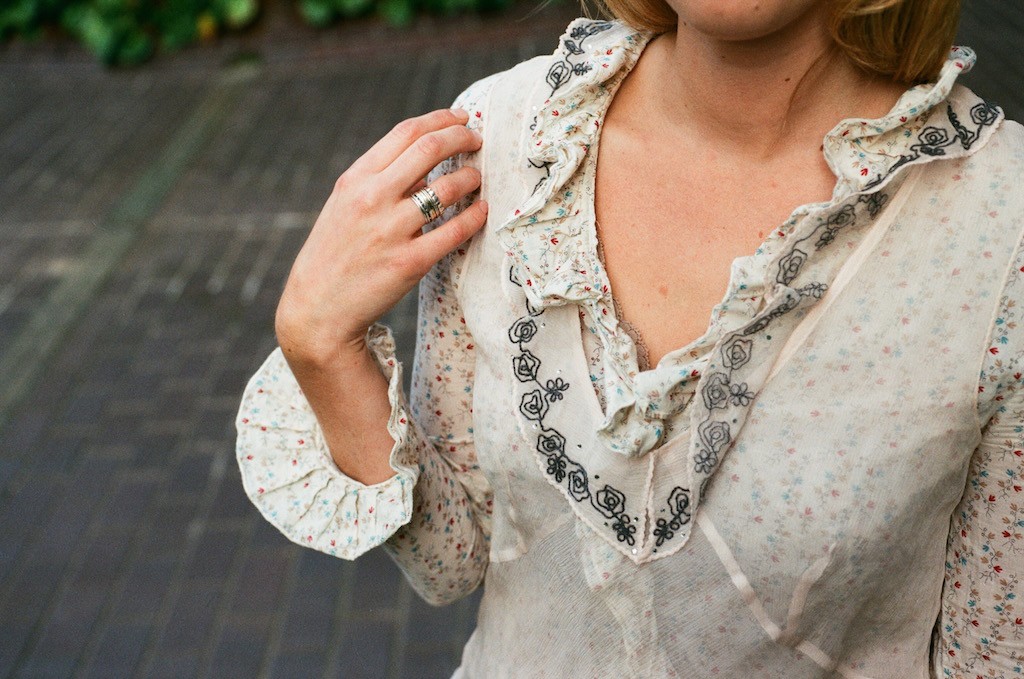 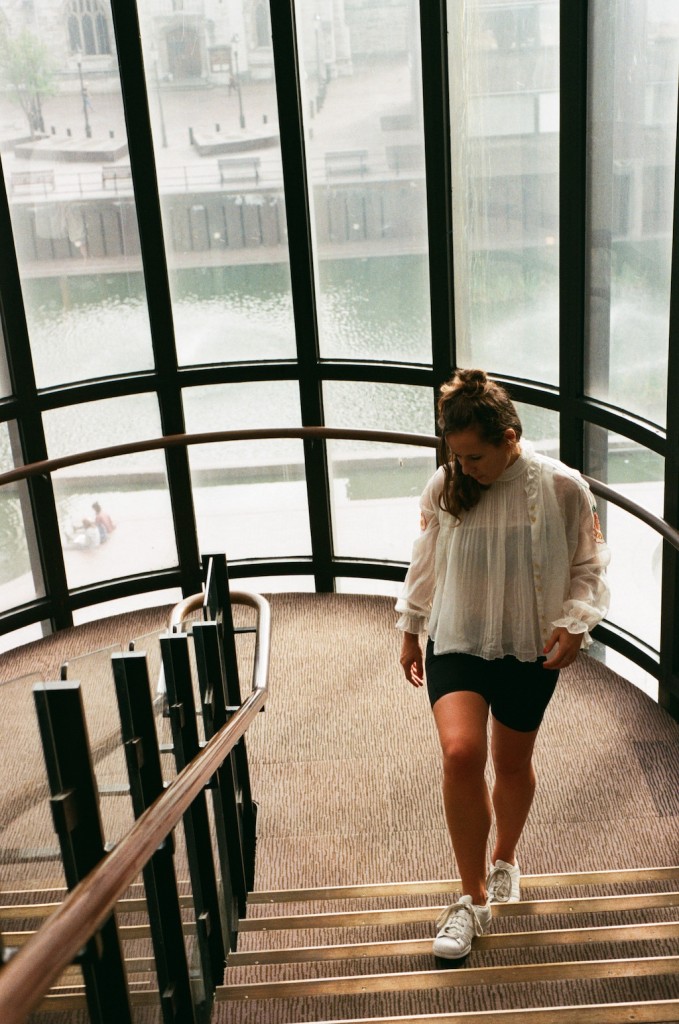 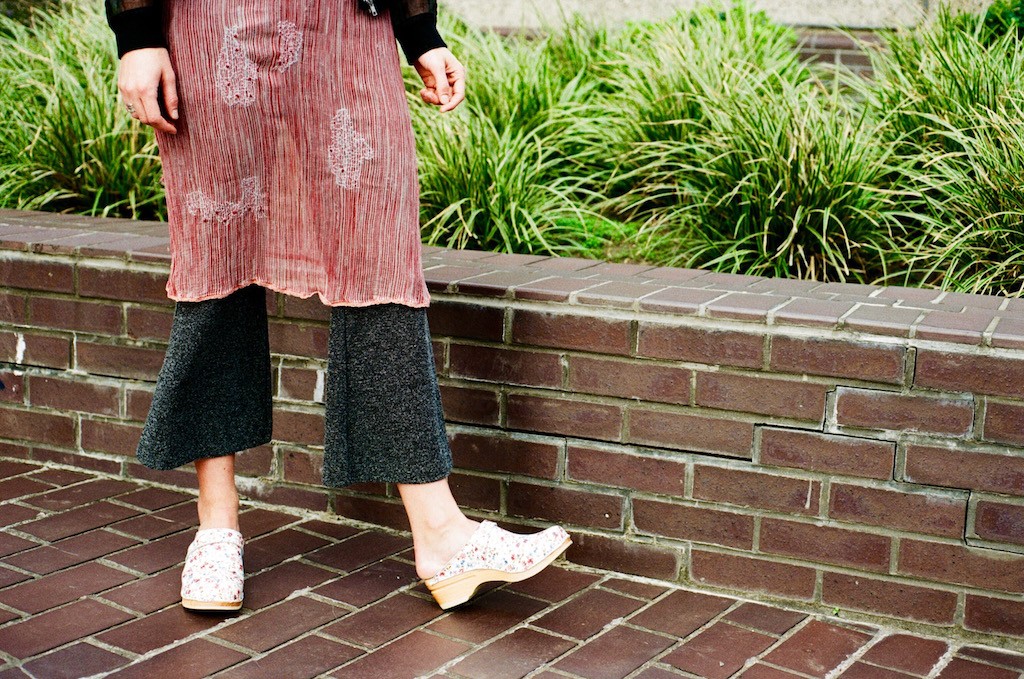 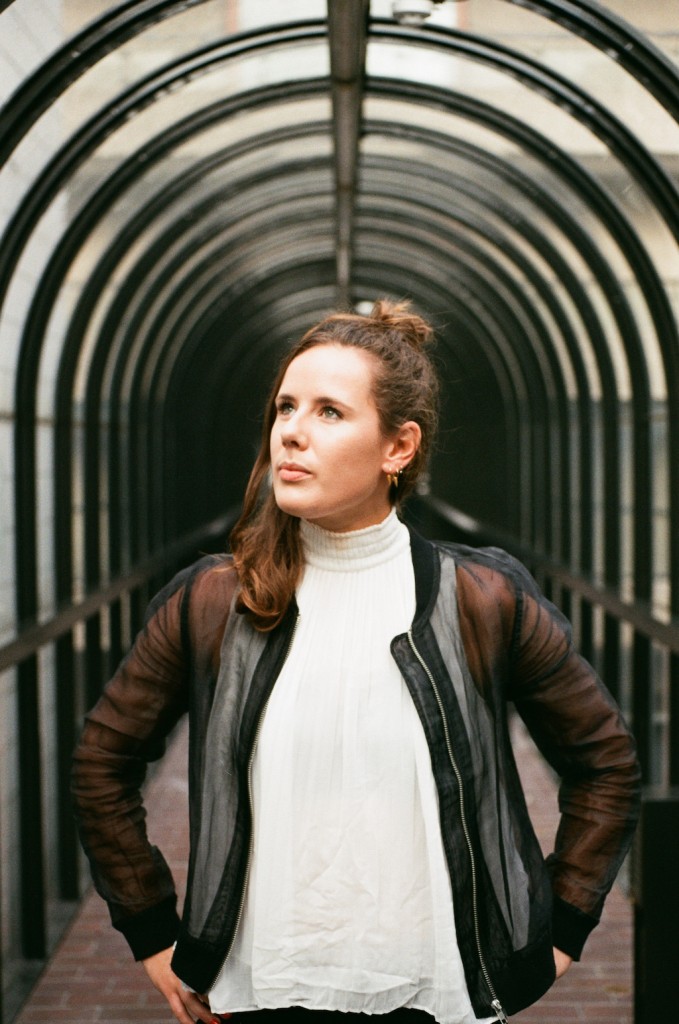