See the Winners of the 2018 Sony World Photography Awards 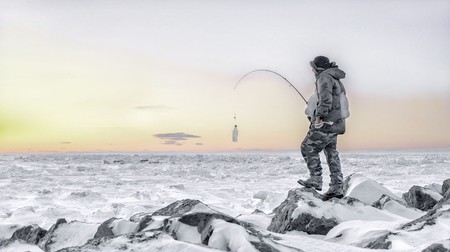 The winners of this year’s Sony World Photography Awards (SWPA) have been announced. Here, we profile the talented photographers, including Alys Tomlinson, who takes the coveted title of Photographer of the Year.

‘The range and intensity of the work shows that photography is thriving and still has such an important role in describing our world,’ said Mike Trow, former Picture Editor at British Vogue, this year’s SWPA curator, and Chair of Judges.

This year, the prestigious Sony World Photography Awards, ‘the world’s most diverse’ photography competition, received a record-breaking 320,000 submissions from over 200 countries, which have been whittled down to reflect the very best photography from around the planet. Covering a wide variety of subjects—from street photography to wildlife, architecture to portraiture and landscape to travel—this year’s winners and shortlisted photographers hail from all over the world, including India, France, New Zealand, South Africa, Argentina, Canada, and China.

‘The breadth and depth of the entries across all categories was staggering,’ says one of the judges, Gareth Harris of The Art Newspaper. ‘Originality of thought and clarity of vision was clearly in evidence in the winning entries. Crucially, I gained new insights into why photography matters.’

Here, we highlight the four winning photographers, whose creative imaginations and technical mastery made them stand out from the crowd. 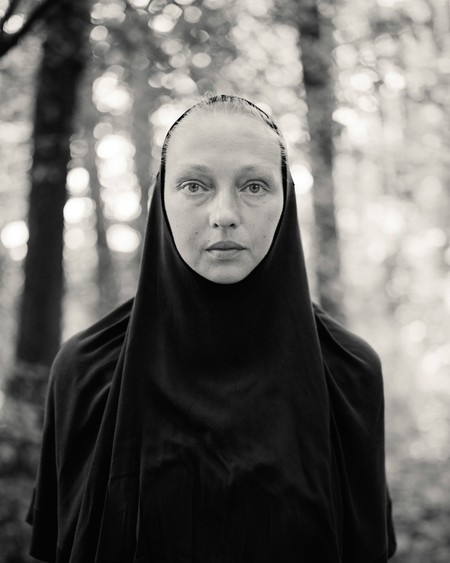 Photographer of the Year – Alys Tomlinson

The Brighton-raised photographer is compelled to tell stories, never quite knowing where her personal projects might take her. ‘My personal projects are always an adventure and I put everything into them,’ says Tomlinson. ‘What starts as a seed of an idea grows into something often requiring long-term commitment.’ Having recently finished an MA in Anthropology of Travel, Tourism and Pilgrimage at SOAS, the Central Saint Martins Photography graduate found herself pursuing the pilgrimage sites of Lourdes in France, Ballyvourney in Ireland, and Grabarka in Poland, which have formed the basis for her poetically stunning Ex-Voto (2016-17) series. By focusing on the nature of ex-votos, a religious offering left by pilgrims, Tomlinson captures the ethereal quality of these spiritually-imbued locations through a combination of arresting portraits, landscapes, and still lifes that have won her the title of Photographer of the Year.

‘Photography has the ability to tell stories that would otherwise go unnoticed. From its inception, photography has remained a powerful visual tool that transcends cultural barriers. Photography educates, illuminates and inspires us.’ 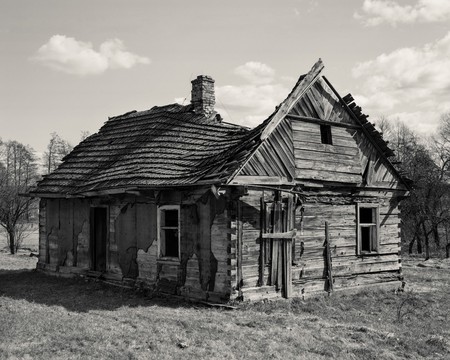 A current student of photography at Cegep de Matane in Quebec, Canada, Samuel Bolduc is inspired by surrealism and pop art. ‘I like adding some fiction to reality and creating a new world by my photographies,’ says the budding photographer, who won the Student Photographer of the Year accolade for his compelling series, The Burden (2018), about the fragility of our oceans. Responding to the Parley for the Oceans brief, Bolduc collaborated with friends and people from the recycling community to stage a series of photographs in Lower Saint-Lawrence that illustrate the urgent consequences of plastic pollution on our environment.

What does it mean to be named Student Photographer of the Year?

‘Winning this award was a good start for the new year. I realized that my work could be well received and planed well enough to be understandable. I hope that this award will help me take a great step in the photography market.’ 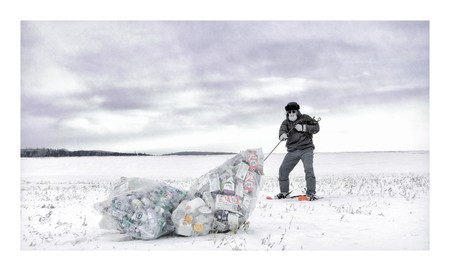 Following in the footsteps of her late mother who was also a photographer, Megan Johnson has been taking photographs for as long as she can remember. She took her winning image, Still (2017), on the cliffs near her home using her iPhone. She decided to shoot the image in black and white as it reflected her mood of solitude. ‘This glimpse through the trees of the figure on the cliff represents the courage it takes to be oneself in today’s society, and how even when you’re on the inside, you can be pushed out,’ says the young American photographer. Using the forest backdrop of Connecticut, Johnson’s work explores the theme of ‘altered reality’ by placing a lone figure within the landscape or against contemplative shorelines.

‘Photography is important because it creates a visual tradition that captures moments for those of the future and of the past to relive and enjoy. It’s not just an art form, but also a medium of communication between cultures, a bridge across language barriers, and a universal tool to tell a story time and time again.’ 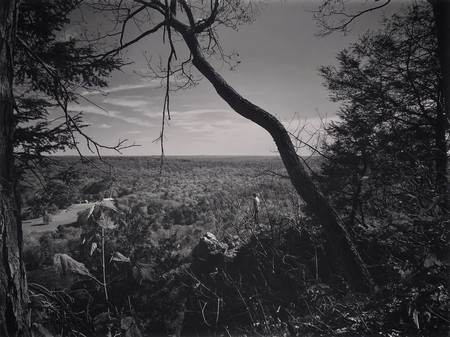 Living in the small Bulgarian town of Kazanlak, Veselin Atanasov only took up photography relatively recently as a hobby. In the last four years, he’s taught himself everything about the medium online, and has gone on to win various photography competitions. After winning the Open Landscape and Nature category, he’s now been announced as the Open Photographer of the Year for his sublime image titled Early Autumn (2018), taken in the forests of Stara Planina, Bulgaria, just as the burnt red and yellow autumnal hues enveloped a fog-laden clearing.

‘Photography is important because through it we manage to convey to others the impact that the world has on us.’ 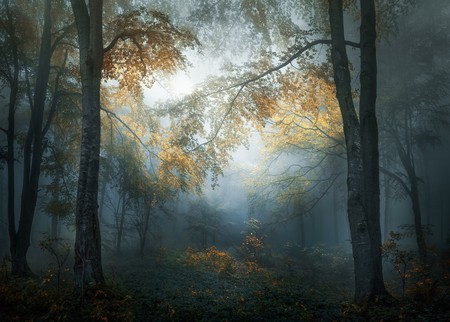 You can see the winners alongside a special display of work by Outstanding Contribution to Photography recipient Candida Höfer at Somerset House from April 20, 2018.

We’ve got an exclusive 20% discount on exhibition tickets to offer our readers for the SWPA exhibition at Somerset House (April 20-May 6, 2018). Just use code CULTURE18 when you book tickets here.