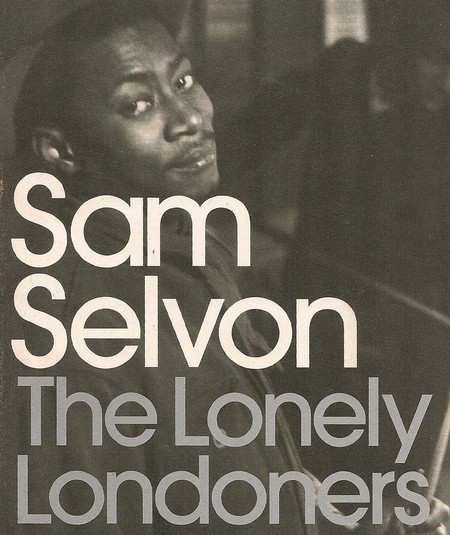 Published in 1956, Trinidad writer Samuel Selvon’s The Lonely Londoners is highly acclaimed for its social commentary and striking narrative style. Kate Kelsall looks at this work to explore how the myth of the metropolis is re-shaped and re-imagined by immigrant communities.

London, once the beating heart of an empire upon which the sun never set, is a city so imprinted into the Western literary tradition that its very name carries near mythic implication. We see the two faces of London in Lord Rochester’s debauched poetry and the prophetic voice of William Blake, where the depraved and sinful state of the human condition coexists with the innocence of the pastoral ideal. At the cusp of the twentieth century, Dickensian London with its winding alleys and shrouded streets gave way to the London of modernity immortalised by Virginia Woolf, T.S Eliot and Joseph Conrad.

What then does this inheritance mean for immigrant writers arriving in a new and changing London? Having shifted from being the hub of European imperialism to its emergence as a multicultural melting pot in just a few decades, London continues to be re-negotiated and re-imagined in literature.

The opening sentence of The Lonely Londoners by Samuel Selvon engages directly with the London of myth and literature. ‘One grim winter evening, when it had a kind of unreality about London, with a fog sleeping restlessly over the city…’ the novel begins, making references to Eliot’s ‘unreal city’ and Dickens’ gritty smog-enshrouded city. As part of what would become known as the ‘Windrush generation’, Selvon, who arrived in London from his native country of Trinidad in 1950, gives voice to this newly emergent London of immigrants.

Selvon’s novel seeks to re-inhabit and rewrite this particular London by showing it as an unreal place of promise that brings to many a reality of lonely struggle. Moses (the protagonist of the novel) speaks of the isolation of the city: ‘It have people living in London who don’t know what happening in the room next to them… It divide up into little worlds’. For West Indian arrivals sequestered in the slum-like bedsits of Notting Hill, the loneliness was especially acute. Selvon burrows deep into these ‘little worlds’ where domestic space intended to separate is re-purposed by immigrants as sites of community.

Even the London of immigrants is a multifaceted construct. In The Lonely Londoners, Selvon gives us two Londons to underscore the rupture between expectation and realisation. West Indians arriving in the post-war period expected a warm welcome in a land of promise as they had been enchanted by the myth that they were coming to rebuild post-war Britain, known to them as ‘the motherland’. We see this stark contrast through the characters of Gallahad (new arrival) and Moses (old hand). Gallahad strolls through a romantic and beautiful London like Baudelaire’s flâneur; Moses encounters a grimmer London of racial intolerance and unemployment.

The Lonely Londoners, like much post-colonial output, engages in the politics of language. Selvon renames prime London locations (‘the Water’, ‘the Circus’ and ‘the Arch’), thereby taking a form of ownership for his compatriots by undermining established systems of colonial control. He also reshapes the English language for his purposes by writing in phonetic West Indian Creole. The resultant language is both musical in its jaunty syntax and muscularly masculine in its sharp imagery, conveying the lifestyle and pathos of young male immigrants.

In its very form, the novel embodies a city as shifting as the sands. It opens in Waterloo station, a place of coming and going. Similarly transient, from start to finish the book follows no traditional plotline but rather pieces together episodic instances and set piece character studies. The uprooted and unpredictable lifestyles of new immigrants—who are constantly changing jobs, women, and accommodation—mirror the illusiveness of a city ever teetering on the brink of transformation.

Great literature often springs from old subjects viewed and expressed in new ways. ‘New’ Londoners like Samuel Selvon writing from immigrant backgrounds construct a different and surprising London by building upon and rebelling against the old.