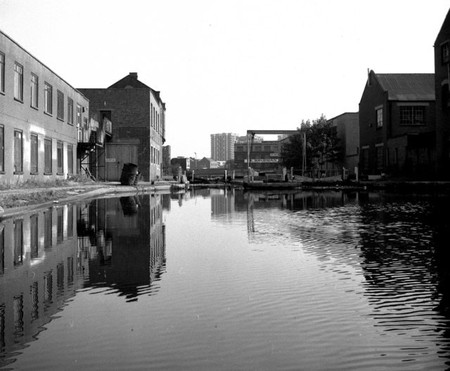 In Esther Kinsky’s River, we accompany an unnamed narrator whose daily strolls along the River Lea in East London trigger memories, musings and meditations on her life alongside water. Drawing heavily on personal experience – from her childhood by the Rhine to adventures on the Oder, the Danube and the Hooghly – Kinsky’s work expands beyond the narrow channels of the Lea into an ambitious exploration of memory and its relationship to the natural world.

The river is a faithful metaphor. It embodies a journey – from source to mouth – while its proclivity to meander, erode, transform, divide, cleanse, conceal and forget, provides ample analogies to understand human experience. Stalwarts of ‘river literature’, such as Neil M Gunn’s Highland River, which recounts a man who traces a river upstream in Caithness, or Olivia Laing’s To The River, a description of the journey along the river Ouse in reverse, engage in a singular, geographic narrative.

But Kinsky’s River, recently translated from the German by Iain Galbraith and published by London-based Fitzcarraldo Editions, takes on a less defined course. Here we are invited into the narrator’s hazy landscape of memory, into a world that is both familiar and uncanny, linear and circular, in focus and blurred. In what the French philosopher Henri Bergson would describe as ‘image-remembrance’, this is a world that is spiritual, exploratory, contemplative. 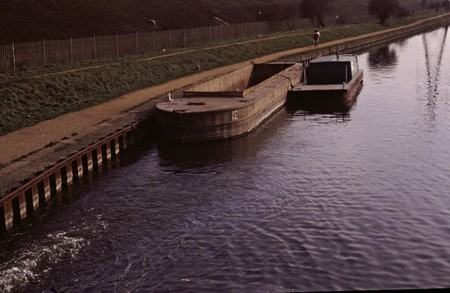 This free-flowing nostalgia is evoked beautifully through Kinsky’s interminable, descriptive sentences (at times taking up half a page), and impressively idiosyncratic vocabulary (a credit to both Kinsky and her translator Galbraith). Describing swans along the Lea, Kinsky writes: ‘Ill-tempered guardians, gone into decline and close to neglect in their tired swan-white, which for all its grubbiness gleamed in this perennially umbrous corner between weir and bridge.’

Though Kinsky’s writing is colourful and extravagant, it possesses an even, candid tone that makes pleasant reading. Its shifts are subtle, and the consistency of voice allows the reader to truly accompany Kinsky on her riverside outings, and though her mind takes us to places unbeknown to our experience, we never feel left behind. The black and white photography in the text, the Polaroid pictures the narrator takes and pins up after her walks, her childhood photos that have taken on ‘a bluish paleness’ in their boxes, give the text a highly visual quality. As we encounter Kinsky’s vivid language, sepia-toned images are drawn onto the page with the nostalgic hue of a hand-made photo album.

To describe the work as ‘river literature’ would fail to give sufficient credit to Kinsky’s deft treatment of character. From the ‘thin-lipped’ Croat shopkeeper who listens solely to Neil Young and Grateful Dead records, to the curious woman who leads the narrator to a lighthouse at the confluence of the Thames and the Lea, exquisitely drawn characters appear, fade away and reappear throughout the narrative. 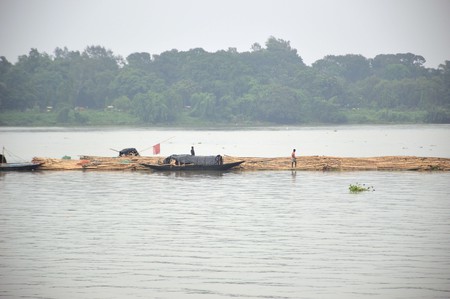 Beyond these fascinating individuals, Kinsky subtly depicts the multiculturalism of her local surroundings. Kurdish taxi drivers, African women, young Hasidic boys and Eastern Europeans intermingle in the daily bazaar of London’s East end, while the narrator herself is a foreigner finding her place. Rivers have forever been an indispensable feature of trade, commerce and growth, a place for people to meet, socialise and develop communities, and the cultural diversity of the narrator’s observations speaks directly to this point. Where there is a river, there is life.

With chapters dedicated to wind and rain, Kinsky captures the river as part of a the wider natural ecosystem as well as its vulnerable place within an unforgiving and grotesque industrial machine. The narrator describes how ‘crude colours of Berger Paints’ would be incorporated by the river Hooghly and would ‘eat their way into the fishes’ stomachs, just as paint fumes in the Berger factory in Homerton by the river Lea had burned into the mucous membrane and lungs of workers and local residents a hundred years earlier.’ Uniting the river with its animate neighbours gently highlights its anthropomorphic qualities and undeniable vitality.

The book ends with a characteristically long and colourful sentence describing a semi-supernatural encounter with ‘the King’, an enigmatic character who we meet on page one at the entrance to Southfield Park. Fittingly, Kinsky ends the novel as she began, the book’s circularity of form neatly mimicking water’s breathless cycle. 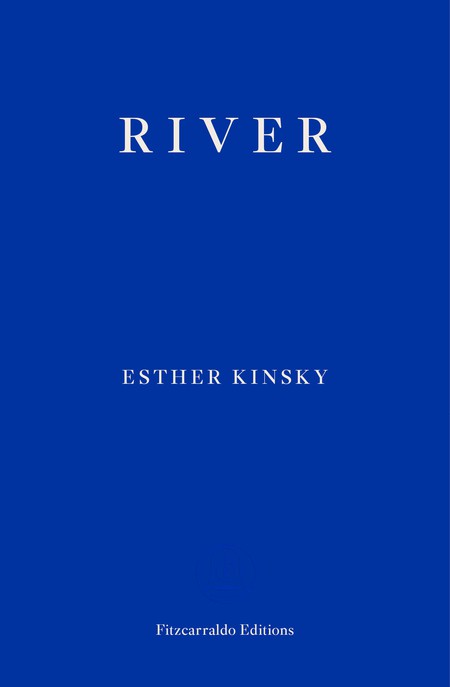