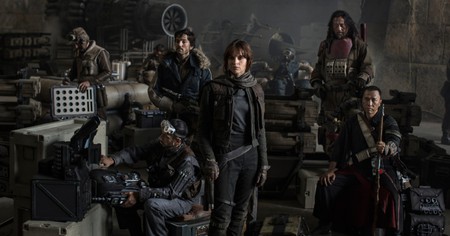 Neo-Nazi groups have got their lightsabers in a twist over the upcoming release of Rogue One: A Star Wars Story and now some Trump fans are also calling for a boycott of the movie.

The film isn’t on general release until next week, but rumours have surfaced online that the re-shot ending is an attack on US President-elect Donald Trump. The claims that the climax of the story has been altered to reference the recent elections in America have now been firmly debunked, but that hasn’t stopped some from get angry.

Initially the move against the galaxy far far away began on Reddit and other similar online outlets, with forum users on ‘r/altright’ already upset that The Force Awakens featured a black male lead (John Boyega) and a powerful female character (Daisy Ridley). 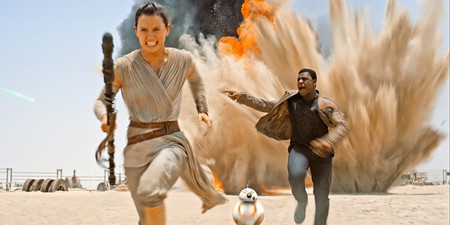 The new outcry has resulted in a hashtag trending on Twitter, but predictably #dumpstarwars might not be going the way those calling for a boycott had initially hoped it would.

If Star Wars — an obvious allegory about Nazism — feels like an attack on your candidate, the problem isn’t with Star Wars… #DumpStarWars

These #DumpStarWars folks are gonna be disappointed when they find out virtually every movie they love was written by people who hate Trump.

Love that it took racist idiots nearly 4 decades and a KKK-endorsed POTUS to figure out what Star Wars is about. #DumpStarWars

It seems like any planned boycott messages have been well and truly ‘trumped’ by those desperate to see the film.

Rogue One: A Star Wars Story is on general release from December 16