An ambitious new public art project will see London’s bridges illuminated by kinetic artworks by Leo Villareal, who “paints with light”, for the next ten years.

The Thames has been an inspiration for artists for centuries. From Canaletto’s The City Seen Through an Arch of Westminster Bridge (1747) to Norman Wilkinson’s Towing Past the City (1962), the river and its bridges have long symbolised London on canvas. Now the bridges are set to become works of art themselves, as Illuminated River launches what will become the longest public art commission in the world once completed.

“We want to reclaim the bridges, especially some of them that have recently been associated with terror and tragedy, as places of joy,” says Sarah Gaventa, director of the Illuminated River Foundation.

In 2016, the London Festival of Architecture launched an international competition to create the scheme. It was won by the American light artist Leo Villareal and London architects Lifschutz Davidson Sandilands, who know the river well; they built the Golden Jubilee Footbridge in 2002. The architects were drawn to the challenge: “We were attracted by the uniqueness of the proposal, and knew that we were capable of taking on a complicated project such as this. We have 30 years of experience of working on the river, and already had a relationship with a lot of the bridge owners, local authorities and councils,” says Douglas Inglis, Director at LDS. 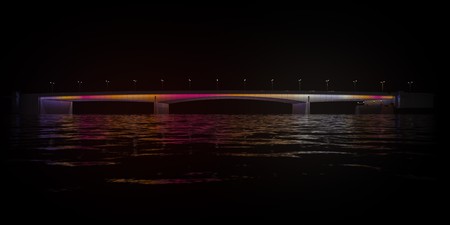 Illuminated River will light up 15 bridges across the Thames, starting in the east with London Bridge, Cannon Street Railway Bridge, Southwark Bridge and Millennium Bridge, to be followed by five bridges further west in phase two. Some of them have existing lighting; some, like Cannon Street, have never been lit. “We want to put artwork across Cannon Street that celebrates these utilitarian structures. This is very much about revealing what’s already on the bridges, like the wonderful lattice architecture on Southwark Bridge,” says Gaventa.

The dreamy renderings of what the bridges will look like show light pulsating over the familiar structures, colourful yet organic-feeling. Each bulb in the design has its own code, which means that Villareal can sit in his studio in New York and see where everything is, and even sequence the lights remotely, if needed. As each bridge has its own design but is in a relationship with the others, it was important not to have any gaps in the illumination. “That’s why we’re starting with bridges that are next to each other,” Inglis explains.

Naturally, on such an ambitious project, there were also a number of design challenges. “The Tower Bridge was definitely one of the most complicated bridges to light – it’s one thing in the evening, when you just see the lights, but to attach the lights to listed bridges so they look good during the day is tricky. This was a hugely challenging, but hugely satisfying project,” he says. The project demanded 30 planning applications and 18 listed building consent applications. 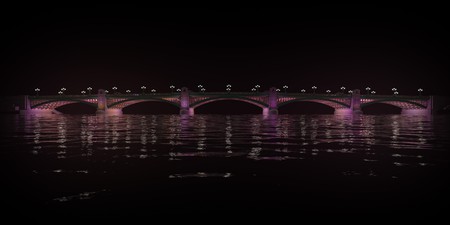 Looking to London for inspiration

The kinetic artworks are influenced by the surrounding city; Westminster Bridge is green in a nod to the House of Commons seats, while Lambeth Bridge is red because that’s the colour of the seats in the nearby House of Lords. Millennium Bridge will be lit according to the original vision by architects Foster & Partners: like a blade of white light, inspired by Flash Gordon, stretching across the river.

While for many Londoners, the Thames is just there – often beautiful, sometimes useful, mostly just a space to traverse – for a number of animals it’s home. There are 125 kinds of fish in the river, for example, and that had to be taken into consideration. The artwork can be dimmed to respond to spawning, shoaling and migration, and minimising lightspill was a top priority for the architects and environmental consultants Atelier 10. One solution was to use bespoke baffles to make sure the light was directed at the bridge, rather than into the water. “We’ve got the wrong name – we’re not illuminating the river, we’re illuminating the bridges! We want to keep the river dark,” Gaventa says. She adds that the project is marrying art and technology in order to be as environmentally friendly as a light installation can be, and, by using LED technology, could reduce existing energy consumption by as much as 50%. 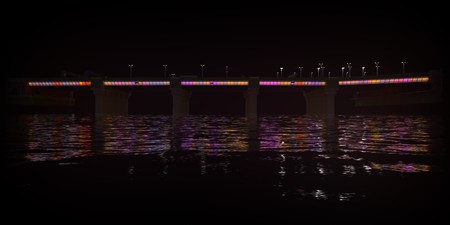 Seeing the river with new eyes

As it gets close to opening, everyone involved in the project talks of the team spirit it has fostered. “What we’ve enjoyed most about this project has been the collaboration between us all – consultants and stakeholders, architects, structural engineers, light engineers, heritage specialists. It really is a project that has brought everyone together,” Inglis says. And while the initial contract is for ten years, Illuminated River could well, like Villareal’s earlier artwork for San Francisco’s Bay Bridge, end up becoming a permanent feature of the city. “This is an opportunity to see London and the river in a completely different way, whether you’re walking along it on your commute or you’re on a Clipper boat,” says Gaventa. “I think the illuminations will be able to give you much more of a sense of the ebb and flow of the Thames.” 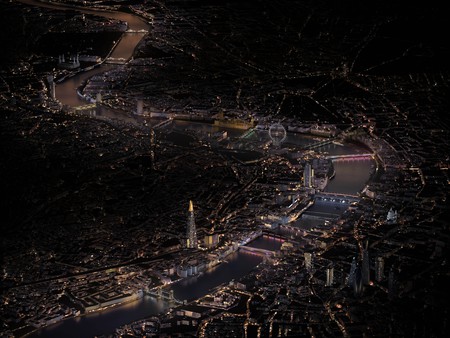