The Favourite is a bold and mischievous historical romp that is being tipped as an early Oscars 2019 frontrunner. Culture Trip speaks to its male stars Nicholas Hoult and Joe Alwyn to find out what it was like to film in a real palace.

Greek director Yorgos Lanthimos may have played fast and loose with the facts in his new historical drama The Favourite, but he’s crafted a darkly funny and compelling character study about the intricacies of female power.

Its male stars Nicholas Hoult and Joe Alwyn sit down with Culture Trip to talk about the film’s shoot in Richmond’s Hampton Court Palace and Hatfield House in Hertfordshire, which both stood in for a fictional palace that is meant to be a cross between Queen Anne’s real homes of St James’s Palace, Kensington Palace and Windsor Castle. 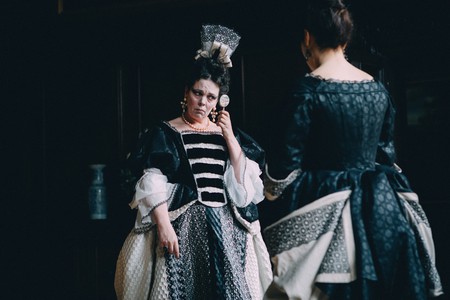 “It was great being on a location and being in a place with a sense of history rather than on a sound stage or a set,” says Alwyn. “You have to do less yourself when you’re dressed up in all these amazing costumes and wigs and you’re in a real location.”

Hoult adds: “Costumes, lighting, set. All those things add up to create an environment that made it very fun and immersive for us to work in.”

The former Skins actor is at his catty best as conniving politician Robert Harley in the movie, while Alwyn takes the role of Samuel Masham, Abigail’s smitten love interest. 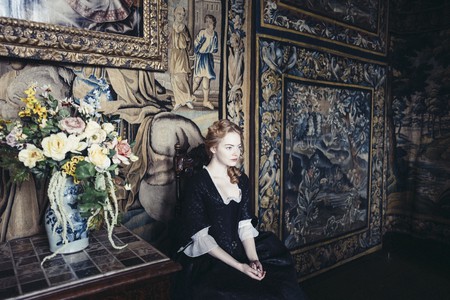 All three leads are on phenomenal form in this riotous and delightfully absurd romp through history, with Broadchurch star Colman hotly tipped to land an Oscar nomination for her outstanding performance as the petulant and moody monarch.

The film gleefully plays around with gender stereotypes – here it’s the women pigeon shooting at lunch and plotting in dark corners, while the men are portrayed as useless fops walking around in full make-up and high heels.

Watch the full video to find out what Hoult and Alwyn learned from watching Stone, Weisz and Colman in action, and their take on the gender reversal in the movie.

The Favourite is released in UK cinemas on 1 January 2019.