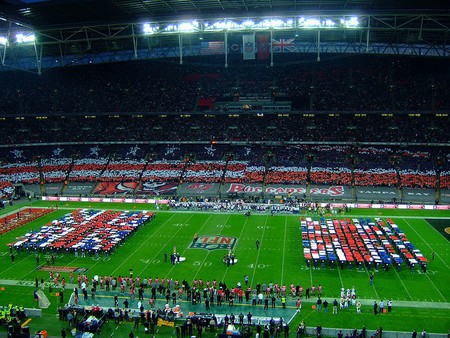 When NFL quarterback Colin Kaepernick took a knee during the national anthem at the beginning of the 2016-17 season, not many people noticed. Later, as people caught on, it became a topic of discussion among sports journalists and political pundits, especially as it related to talks of Kaepernick getting signed to another team—something that controversially still has not happened.

But this past weekend with the entire world watching, hundreds of NFL players and team owners alike took a stand (or a knee, if you will) as both a nod to Kaepernick and a statement about American inequality. Whether locking arms, dropping to one knee, or raising fists in the air, the players were sending a clear and united message for change.

What prompted the protests?

Kaepernick started sitting and taking a knee during the national anthem to bring attention to police brutality. “To me, this is bigger than football and it would be selfish on my part to look the other way,” Kaepernick said, referencing killings of unarmed black citizens at the hands of police across the United States. “There are bodies in the street and people getting paid leave and getting away with murder.”

More recently, U.S. President Donald Trump told a crowd of supporters at a political rally on Sept. 22 in Alabama: “Wouldn’t you love to see one of these NFL owners, when somebody disrespects our flag, to say, ‘Get that son of a bitch off the field right now,’” referencing Kaepernick and others kneeling during the national anthem. “‘Out. He’s fired! He’s fired!'”

The blowback from the President’s comments was almost immediate. And, while the usual political commentators and Twitter activists had quite a bit to say about Trump’s comments, NFL players who gathered at Wembley Stadium in London decided to take a more nuanced approach.

In the United Kingdom and across most of the rest of the world really, the term “football” means something entirely different. But since 2007, in an effort to establish a permanent presence overseas, the NFL plays a handful of games in London each year. The first game following Trump’s remarks was the Baltimore Ravens against the Jacksonville Jaguars at Wembley Stadium. So the protests, which could possibly have been contained in the United States, now have an international stage.

The game taking place in London made the protest even more striking, with players standing quietly during Britain’s “God Save the Queen.” But when “The Star-Spangled Banner” played, they knelt and locked arms with a show of force not previously seen in American professional sport. It was a small difference, but it sent a clear message to fans watching in London as well as those following football in the United States.

Players felt Trump’s comments were unwarranted and in poor taste, forcing players who normally would have avoided political statements about police brutality to take a stance.

“We’re seeing that this president is taking any means necessary to humiliate those who are willing to take a stand for issues that are important to the black community,” activist Stephen A. Green told The Undefeated. “So athletes can use their platforms to show they won’t be intimidated. They can show that this only makes them stronger together.”

It will be interesting see how the protests take shape and whether the protests have an impact on fan turnout as three more games are set to take place in London over the course of the season.