London’s Most Famous Fashion Designers Through the Decades 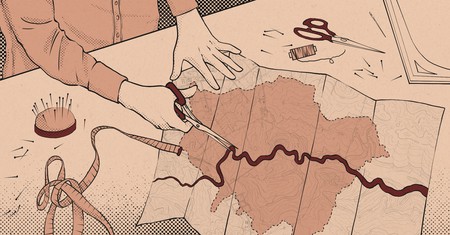 London is the home of the miniskirt, punk-rock style and the designer who made ethical fashion cool. Culture Trip profiles six creatives who helped shape the capital’s fashion scene, from the 1960s to the present day.

Mary Quant is best known for pioneering the miniskirt and transforming it into a fashionable piece of women’s clothing. She burst onto the West London scene in the late 1950s, and her signature look embodied the mod subculture that swept the city in the following decade. Quant’s was one of the first London brands to focus on lifestyle as well as aesthetic – her King’s Road store stayed open late, played loud music and offered free drinks to those who frequented it.

In the late ’60s, Quant added hot pants to her collections and embraced the city’s interest in new materials by using PVC, with her vision informing the ‘West London look’ of the time. When supermodel Twiggy wore Quant’s straight-cut pinafore dresses, pleated miniskirts and PVC boots on a shoot for Vogue, it turned the designer into a global phenomenon. 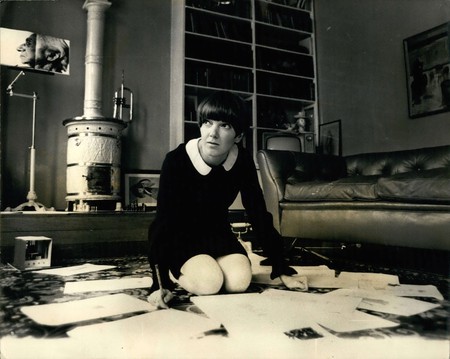 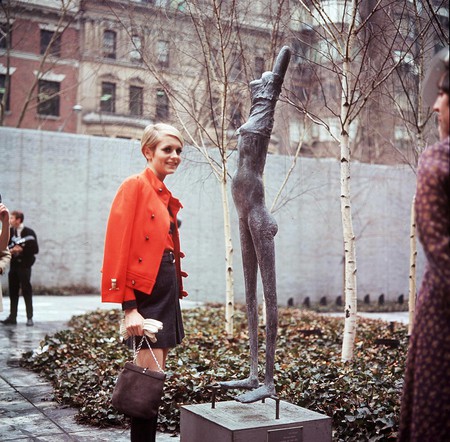 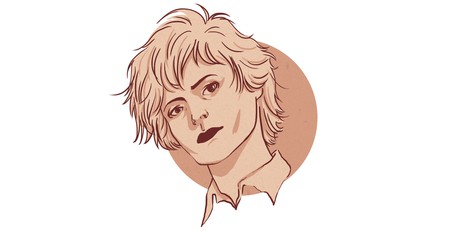 The 1970s London scene was dominated by Dame Vivienne Westwood and her unique take on punk-rock style. Not long after she opened her first boutique, Chelsea’s Let It Rock (later named Sex), the Sex Pistols named it their go-to shop for both on- and off-stage costume. Rebelling against the clean-cut, flared-leg designs of the 1960s, Westwood filled her rails with a selection of tartan pieces, logo-emblazoned leather biker jackets and safety-pin embellishments. It formed the foundation of the Pistols’s iconic look, gave fashion some attitude and set the scene for a decade of rock’n’roll style.

Now a brand and a celebrity in her own right, Westwood remains at the helm of the label, and her reputation for abstract style continues to thrive. Among her most memorable runway shows is the spring/summer 1994 presentation during which British supermodel Naomi Campbell fell over on the catwalk thanks to a particularly precarious pair of purple platform heels.

Now a prominent civil and environmental rights activist, Westwood uses her position in the public eye to address topical issues, launching her 2012 campaign Climate Revolution at the London Paralympics. 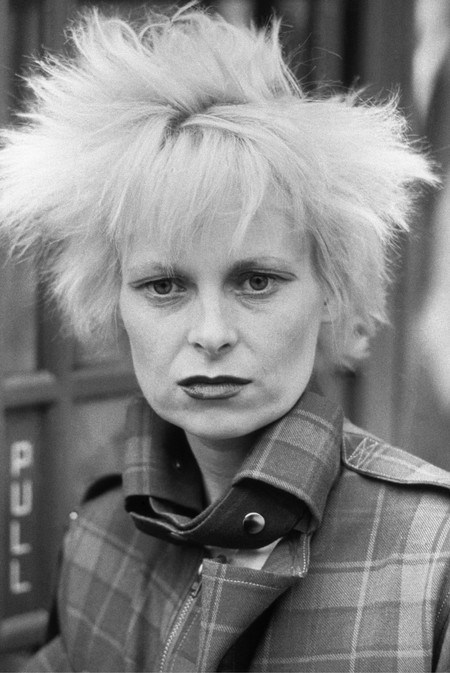 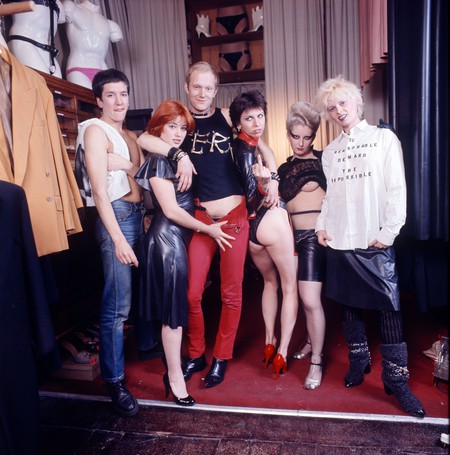 Paul Smith’s story began in Nottingham with his eponymous menswear label. In the early 1980s, the trailblazing designer opened his first clothing shop on Floral Street in Covent Garden, a location now renowned for its diverse fashion offering. The label became known for its natty approach to menswear, with Smith being the first London designer to add unexpected colour to heritage check and patterned detailing to classic shirting. It was a unique look that fused style with tradition and allowed men to experiment without committing to a statement look. Consequently the divide between the conventional and the eccentric dresser was softened.

In reflection of Smith’s love of bright colour and bold detailing, the Floral Street store interior was patterned with his trademark rainbow stripes. It set the premise for a series of unique, artistic spaces, the most famous of which is located in Los Angeles and has become one of the city’s most instagrammed buildings. It wasn’t until 1993, when Smith realised that 15 percent of his clothes were bought by women, that he first launched a womenswear collection. 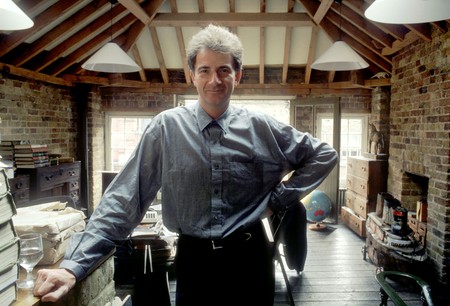 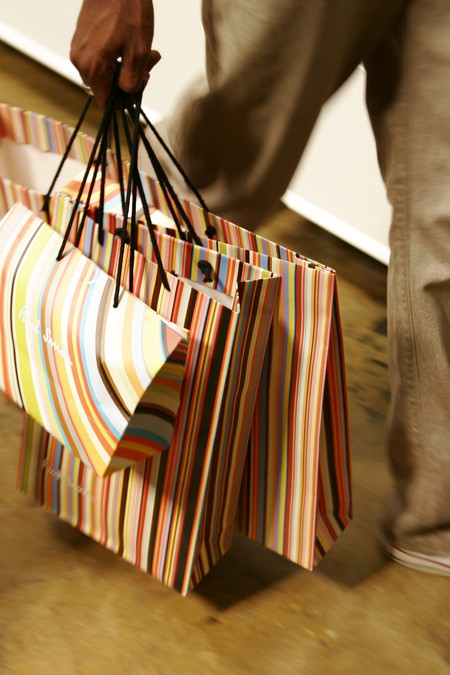 The impact that East London-born designer Alexander (born Lee) McQueen made on the city’s fashion scene was monumental, and his theatrical runway shows and elaborate designs were among the most talked-about throughout the ’90s. He brought an element of performance art to the runway and his SS99 presentation was particularly memorable. Paralympian athlete and double amputee Aimee Mullins opened the show, donning a pair of intricately carved prosthetic wooden legs at a time when model diversity was rarely considered. To close the show, a model stood on a rotating stage while her dress was spray-painted by robots in front of the audience. It opened the door of opportunity for emerging designers to express their ideas freely, and celebrated a sense of eccentricity that has helped shape London’s reputation for fashion confidence ever since.

It’s testament to McQueen that London’s prestigious V&A Museum chose to make him the subject of one of its most in-depth and popular exhibitions in 2015, five years after his tragic death. 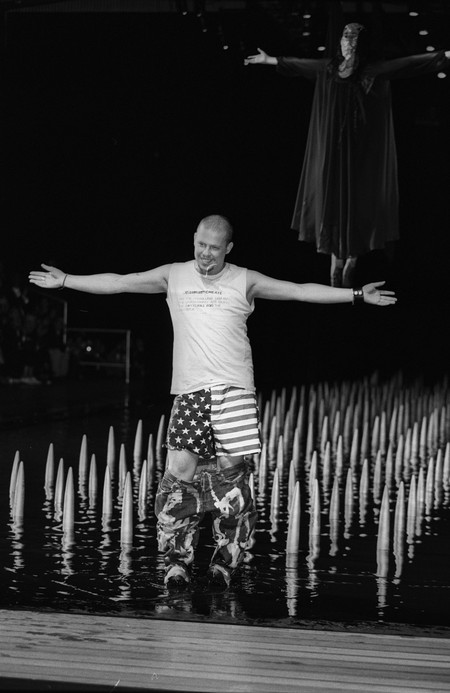 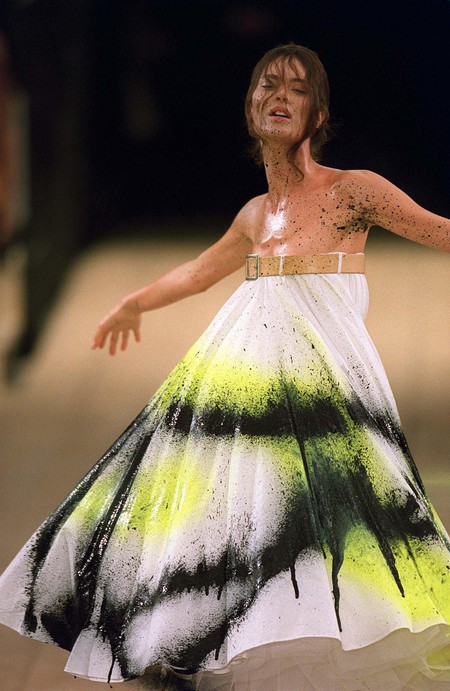 Stella McCartney launched her label in 2001, pioneering ethical fashion by eschewing the use of leather and fur. Her approach was revolutionary but, crucially, did not sacrifice style in favour of a principled production ethos. It was proof that sustainable fashion could be sexy. Her label’s trademark aesthetic endures today – it’s understated yet confident, and each collection builds upon an archive of clean-cut tailoring, shirting and knitwear as well as striking evening attire suited to red-carpet events.

McCartney continues to lead the UK’s ethical fashion movement. Her London flagship store pumps the “cleanest air in the city” through its ventilation system and features walls made of recycled material, an indoor rockery and crystals embedded in the floor. It’s credit to her reputation that she welcomed the likes of Kate Moss and Kylie Minogue to the store’s launch event in 2018. 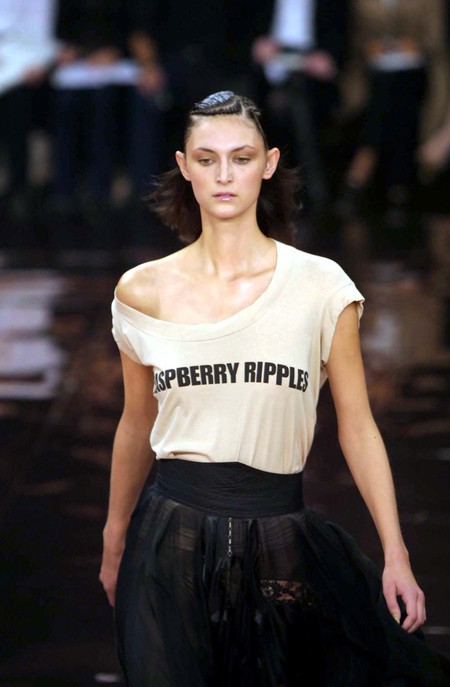 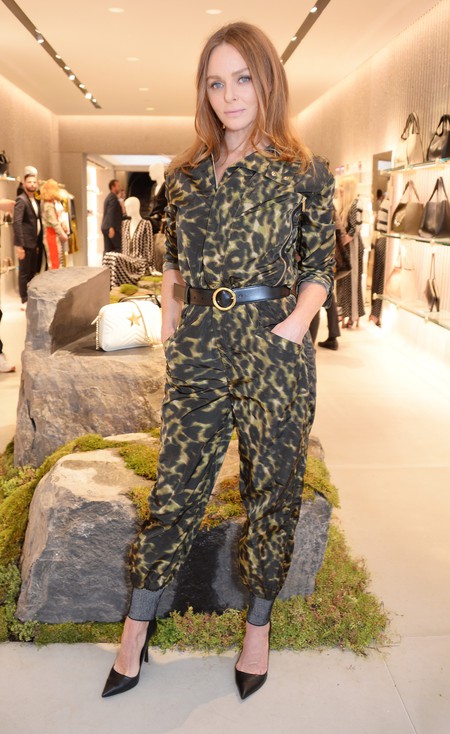 McCartney at the launch of her London flagship store, June 2018 | © Image courtesy of Stella McCartney/Dave Benett

When Victoria Beckham first made her move from pop to fashion in 2008, there was speculation around both her talent and taste. But her first collection – a series of 10 dresses presented at New York Fashion Week – was applauded by the likes of Vogue and The Times. Beckham has gone on to create a globally recognised luxury label with a distinct, effortlessly cool aesthetic. It’s a look that complements the street-style photography phenomenon that has taken over the London fashion scene of late, and it’s been picked up by some of the internet’s best-recognised style lovers including Camille Charrière and Monica Ainley. British retail giant Marks & Spencer has picked up on the trend, selling its own variations at high-street prices for those who want to mimic their favourite Instagram star’s wardrobe.

In celebration of her label’s 10-year anniversary, Beckham brought her brand back to London, released a timely campaign shoot by photographer Juergen Teller and hosted her much-anticipated SS19 runway show. The aesthetic, which puts a focus on premium tailoring, form-fitting dresses and a timeless colour palette, taps into the city’s current taste for minimalist style. 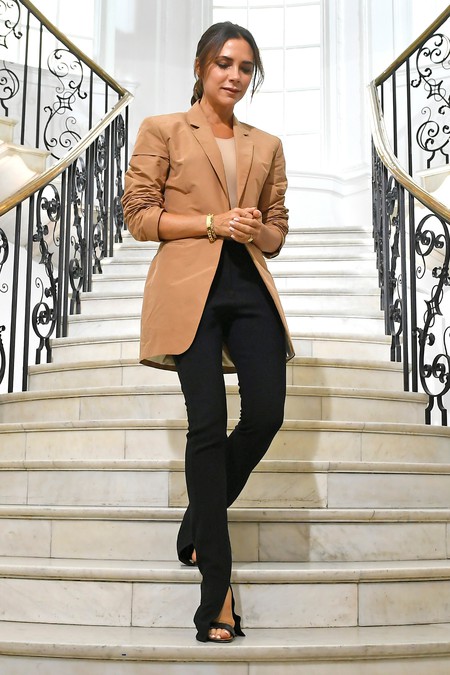 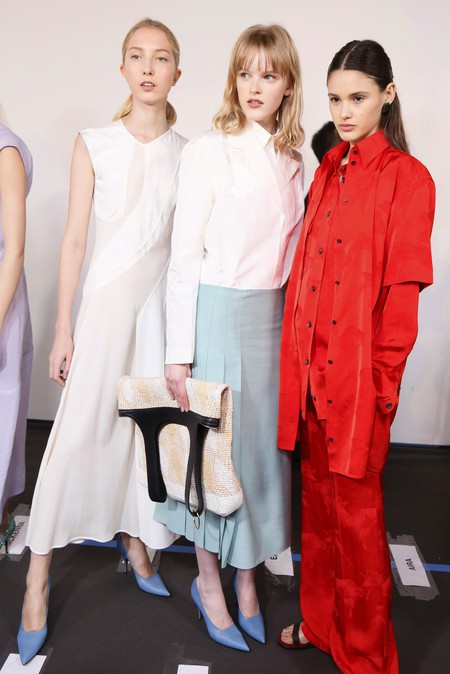