London's Top 5 Dance Performances to Check Out in 2015

In a city bursting with strong, competing theatre dynamics, the medium of dance persists in holding an exotic global stance. Take your foot off the musical theatre pedal, nudge the gear-stick and drive towards the innovative dance performance scene sweeping London. Revel in traditional Argentinian tango, soak up contemporary works by the Scottish Dance Theatre, and immerse yourself in Dam Van Huynh’s audience participation act. 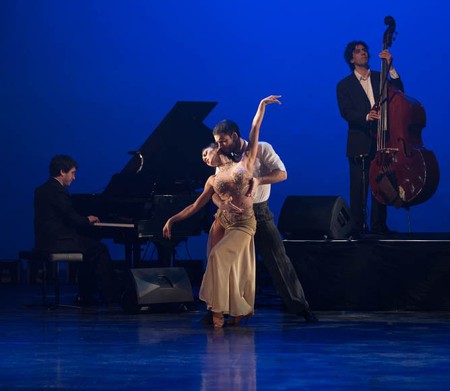 2-14 February
Get ready to be transported to Buenos Aires and lose yourself in the most sensual Argentinian ballroom dance at Sadler’s Wells. Tango Fire Dance Company – including World Tango Champion – take you on a passionate journey of expressive synchronized movements. The intimate display of dance is accompanied by remarkable music from tango masters: Piazolla, Pugliese, and Gardel. Sadler’s Wells Theatre hosts Tango Fire’s raw performance on the London stage after worldwide acclaim.
Sadler’s Wells, The Peacock, Portugal Street, Holborn, London EC1R 4TN, UK +44 (0)844 412 4300

6 March 2015
Renaud Wiser’s Dance Company performs a double-bill act of diverse art forms: dance, film, theatre, live music, and architecture to present fast-paced, stimulating choreography. Who killed Bambi? (London premier) and Metropolis convert the grand stage at Greenwich Dance’s Borough Hall through extravagant stage design and distinct imagery.
The narrative In Who Killed Bambi? sees performers going forth in a hunt for a pack of wolves and a strange dinner party, where one of the guests is served up as dinner. The dance company critiques the image our modern society portrays, specifically recent political individuals who have taken a stand to silence opposing groups.
Metropolis is a body of work performed by a cast of dancers who redefine borders, by tearing down a landscape of bricks with the aim of discovering security and contentment. On a wider scale, Metropolis examines our relationship with cities and urban areas.
Both works choreographed by Renaud Wiser bring together a force of collaborative artists throughout various mediums to deliver the two forceful dance performances.
Greenwich Dance, The Borough Hall, Royal Hill, London SE10 8RE, UK +44 (0)20 8293 9741 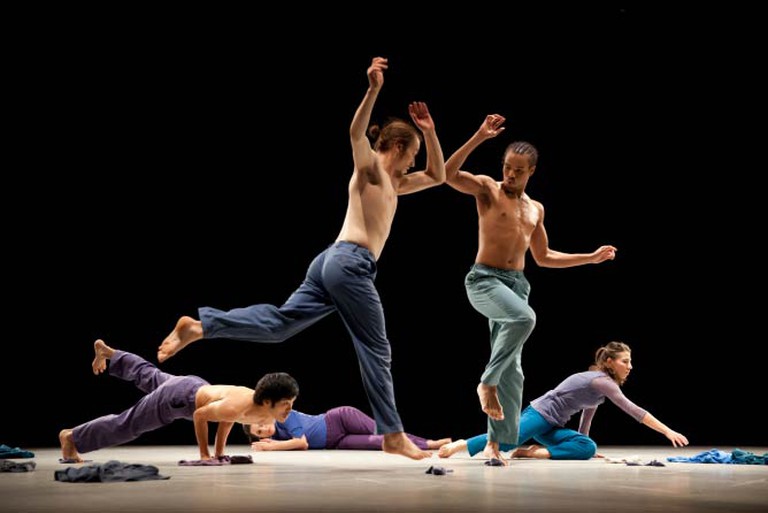 Hagit Yakira Dance (In The Middle With You) | Photo by Rachel Cherry
19 March 2015
The nature of human experience is at the core of Hagit Yakira’s heart-rending piece performed at the UK’s only conservatoire for music and contemporary dance – Trinity Laban Conservatoire. The polar opposite performance of light and dark reaches the audience on an extremely personal level…In the middle with you is a poetic tale of lives, friendship, love, and loss traveling from a complex destination to an affectionate ending. The inspiring story, told by Israeli choreographer Hagit Yakira and her five strong dance cast, represents her body of intimate, story-telling works through dance performance interpretation of inter-human relationships and emotions. 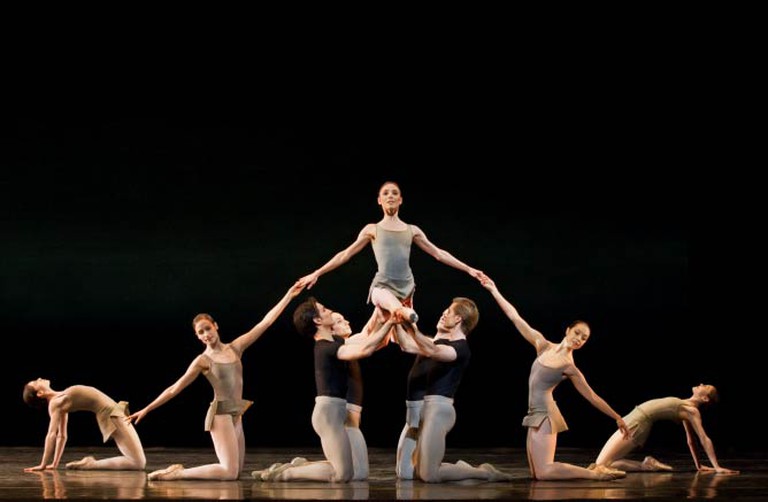 © Johan Perrson
27 March 2015
As part of a mixed programme performed together, George Balanchine’s The Four Temperaments dates back to its début in New York in 1946. Now staged at London’s Royal Opera House this reworked masterpiece comes in four variations taken from the medieval theory of the four temperaments: Melancholic, Sanguinic, Phlegmatic, and Choleric. Balanchine’s reinvention of classical ballet gives a vibrant musical style of dance with Paul Hindesmith’s highly visual score. Simple movements, solos, and ensembles build this performance to a crescendo. Hofesh Schechter adds his innate language to the joint venture performed by the Royal Ballet for the first time. MacMillan’s delicate contribution to the Royal Ballet’s thread comes in the form of six movements displaying beauty and force.

9 April 2015
Straight from its hot success at the Edinburgh Fringe Festival, Miann hosts its English premier at Southbank Centre. Derived from the Gaelic word for desire, Miann is a performance rich in invariable movements. The flow of dance is led by an enchanting passion and styled by intertwining bodies, instruments, and voices which raise the performance to a high energy mood. The performance draws inspiration from the Callanish Standing Stones on the Isle of Lewis with movements representing the land’s lustiness. The story is choreographed by Fleur Darkin, and performed by the Scottish Dance Theatre with live music on stage by the Glasgow folk group One Ensemble—a quartet composing a blend of historic folk music mixed with a distinct current sound.
Southbank Centre, Belvedere Road, London SE1 8XX, UK+44 (0)20 7960 4200

By Danielle Wood
Danielle has a fascination with living a life full of creativity. She is the founder of A Life in a Season blog and contributes to Huffington Post UK. When not writing her next blog post or snapping photographs, she can be found emerged in the latest film and theatre performances while discovering the newest trends hitting our streets.